'I've caught it twice but I WON'T get vaccinated': Ireland footballer speaks out about refusing Covid vaccine

IRELAND INTERNATIONAL Callum Robinson has spoken out about his refusal to get vaccinated against Covid-19, despite catching the virus twice.

The 26-year-old is the first footballer to openly confirm that he won't be accepting the vaccine, insisting that it's "your personal choice if you want to be vaccinated".

Robinson admitted that catching Covid-19 cost him invaluable opportunities to play for his country, but insists he doesn't regret his stance.

When asked if he was vaccinated, Robinson said: "I haven't been vaccinated, no. That's my choice at this moment in time.

When pushed on why, Robinson said: "I just haven't, I just haven't done it. I think it's your personal choice and my choice at this moment in time, I haven't been vaccinated.

"I know, as you said, there are managers and people that will want you to do it, which is right in their way, the way they think, but everyone has their choice on what they want to do.

"I wouldn't force people to do it, it's your choice and your body."

It follows on from Liverpool manager Jurgen Klopp's criticism of footballers who have not been double-jabbed, having lost his mother to Covid-19 last year.

Ireland boss Stephen Kenny said that it would be a step too far to exclude footballers from competitions unless they're fully vaccinated, and admitted that several players in the Ireland squad are not fully vaccinated, despite admitting that getting protected against the virus was the "sensible thing to do". 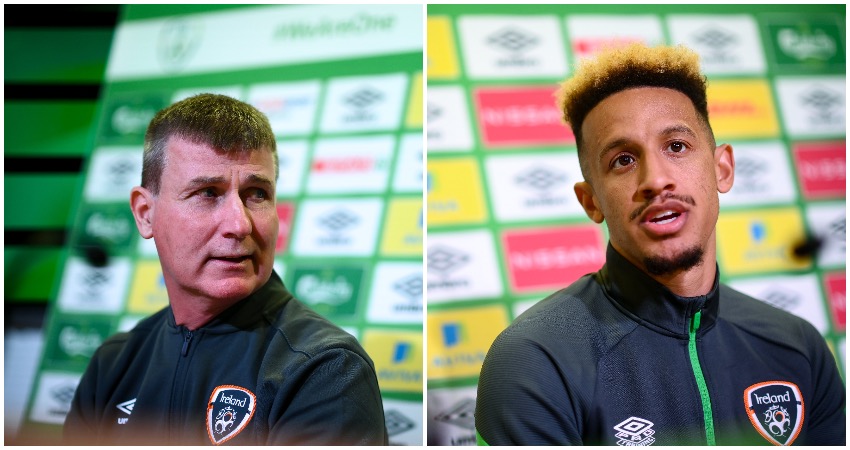 "I think it would be quite a radical viewpoint to just say, 'Right, whoever is not vaccinated is not being selected in the future'," Kenny said.

"I'm not aware of anybody who has done this in any sport at the moment, so for me to just come and decide that would be extremely radical.

"I was very happy to be [vaccinated] myself and encouraged staff and players. Of course it seems like the most sensible thing to do, and the safest with regard to our environment."

Robinson's revelation comes after it emerged that around two-thirds of Premier League players are not fully vaccinated against Covid-19, and earlier this week, it was announced that players will not be excluded from next year's FIFA World Cup in Qatar if they're not double-jabbed.