Dublin , Ireland - 23 August 2020; Jack Carty of Connacht is tackled by Kieran Treadwell, left, and Jordi Murphy of Ulster during the Guinness PRO14 Round 14 match between Connacht and Ulster at Aviva Stadium in Dublin. (Photo By Stephen McCarthy/Sportsfile via Getty Images)

JACK CARTY has revealed today that his chat with Irish head coach Andy Farrell could pave the way for an Ireland recall in the near future.

Carty has never appeared for Farrell during his time as head coach. The last appearance he made was under previous boss Joe Schmidt at the 2019 Rugby World Cup in Japan almost two years ago.

Despite not appearing for Farrell, he has been involved with the coach's wider squads, most recently for the delayed portion of Ireland's 2020 Six Nations last October.

Carty is said to have reached out to the Irish head coach in the summer to devise a plan to get back into contention, and was impressed with what Schmidt responded with.

Jack Carty believes he still has a lot to offer Ireland. He texted Andy Farrell recently and got a reply within a minute about what he's looking for from his 10s. Ireland squad for November tests due to be announced next week.@VirginMediaNews pic.twitter.com/mebvSlARCI

"I sent him a text and he got back to me within - and I'm not even lying - one minute," Carty says, ahead of Connacht's United Rugby Championship derby with Munster this Saturday

"It wasn't a conversation about where I am, it's purely about when he wants from his tens in attack, and he made it crystal clear for me.

"The thing that gives me confidence is the fact that a lot of the things we're trying to do with 10 (in Connacht), in terms of attacking square, a lot of them are quite similar to what he wants from his 10.

"It gives me confidence to know that I'm doing that here, and there's a direct correlation between the two.

"Maybe before as a 10 I played quite laterally and that was probably the complete opposite in terms of what he was looking for.

"In that respect it gives me confidence."

The out-half says despite losing to the Welsh last week, motivation is not something they think about due to the huge block of games.

"The motivation in interpros is always going to be there, the thing for us is how we can marry it into games that aren't. That's the key for us.

"The week previously you're coming in on Monday on cloud nine because you've put a good performance in, and then you finish the game on Saturday evening and you know it's going to be a pretty brutal review.

"It's just the way life is in a rugby environment, the ups and downs.

"Once we parked the Dragons game, the excitement is building for this game which is what we need."

After two defeats from three games, Connacht sit 12th in the URC table, and are bottom of the Irish shield, nine points adrift of third place Leinster. 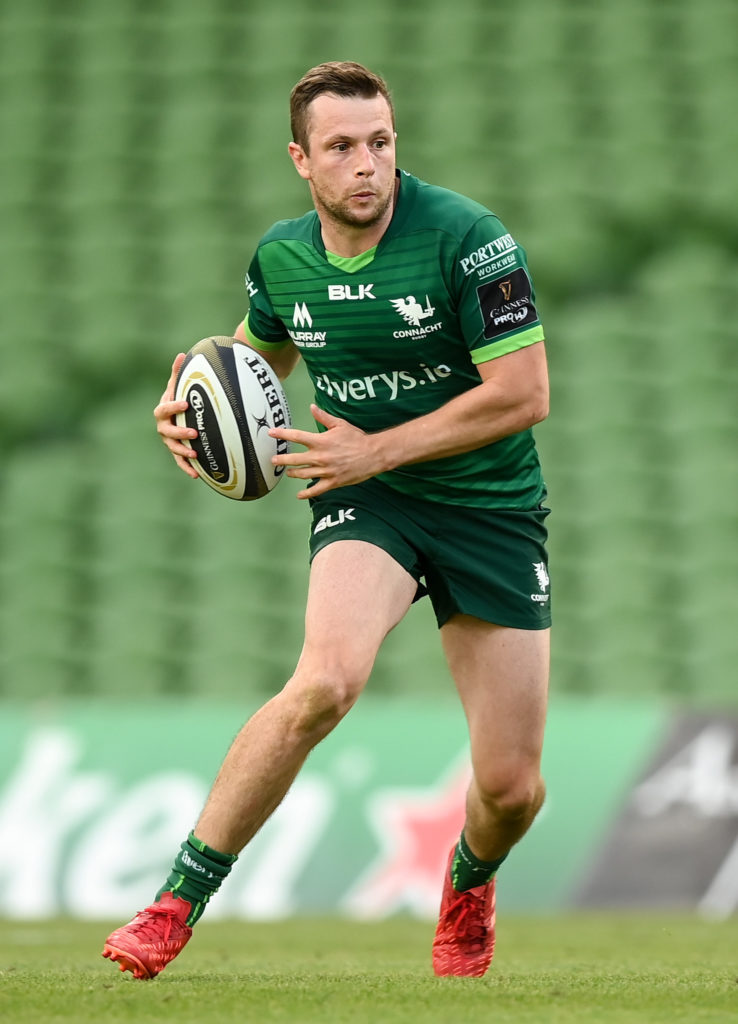