WIGAN manager Owen Coyle has denied that James McClean was left out of his team's Championship meeting with Yeovil on Saturday because of his stance on wearing a poppy.

The Derry man caused controversy as a Sunderland player 12 months ago when he refused to wear the flower on his shirt to commemorate Remembrance Day.

He was adamant afterwards that he would never do so because of his upbringing in the Creggan area of the city.

At the time McClean said: “They have their beliefs and I have mine. I don't regret it and come next year I'm going to do the same thing.”

As a result, when the 24-year-old was not involved in his new club's 1-0 win, there was speculation that his reluctance to wear the poppy was the reason for his absence.

However, Coyle, a former Irish international, hit out at the rumours. He insisted that the winger was not in the squad due to injury. 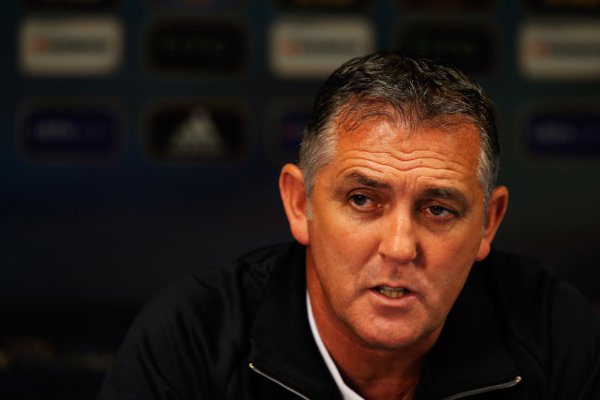 Coyle said: “James McClean wasn't rested, he has a dead leg. I'm embarrassed to have been asked that question in this day and age."

McClean's position 12 months ago attracted furious comments on Twitter from irate fans of Sunderland and other clubs and there was more of the same ahead of the Yeovil game.

Coyle added that the player's personal viewpoint had to be respected.

He said: "I come from an Irish background myself and everyone is entitled to their own opinions.”

Ireland striker Shane Long also attracted attention over the weekend after it was noted that he wore a shirt without a poppy in West Brom's lively draw with Chelsea, but that is because he changed jerseys at half time.