Today marks James McClean's 32nd birthday, so it's only right we take the time to celebrate one of Ireland's  most loyal footballing servants.

The proud Derry man has done some incredible things in a Green jersey, and here are just a few of them:

THAT goal against Austria

One of the best goals Ireland have scored in the past ten years. David Meyler and Wes Hoolahan did extremely well in the buildup, but McClean's strike across goal against such a strong side is just special.

His winner against Wales

Undeniably his finest hour. When Ireland needed a goal more than anything, he absolutely rocketed a shot into the bottom corner off his weak foot, and sent the entire nation wild.

James McClean's goal that sparked scenes of jubilation for Ireland supporters in Cardiff and around the world! 🇮🇪 #COYBIG pic.twitter.com/rfYrIhMoDU

His assist against Switzerland

While you may remember the goal for McGoldrick's lovely header and cool celebration, the assist was McClean personified. The chance had gone, but he won the ball back and put in a looping cross for Didzy to get his head on. Class.

His first appearance for Ireland

It may not spring to mind as one of his most iconic moments, but the roar that erupted in the Aviva Stadium when he first played for Ireland was one that those who were in attendance will never forget.

He came on for Aiden McGeady at home against the Czech Republic, and the crowd went wild, as his performances for Sunderland meant he should have been playing in Green a long time ago. It was special.

If ever a night was made for James McClean - this was it. Ireland needed warriors, they needed people to put their body on the line, and McClean was the man for the job.

His celebrations after the game said it all, but it was a crunching tackle when the game was 0-0 that sent fans in France wild. It riled the team up, and drove them on to do something the country will never forget. 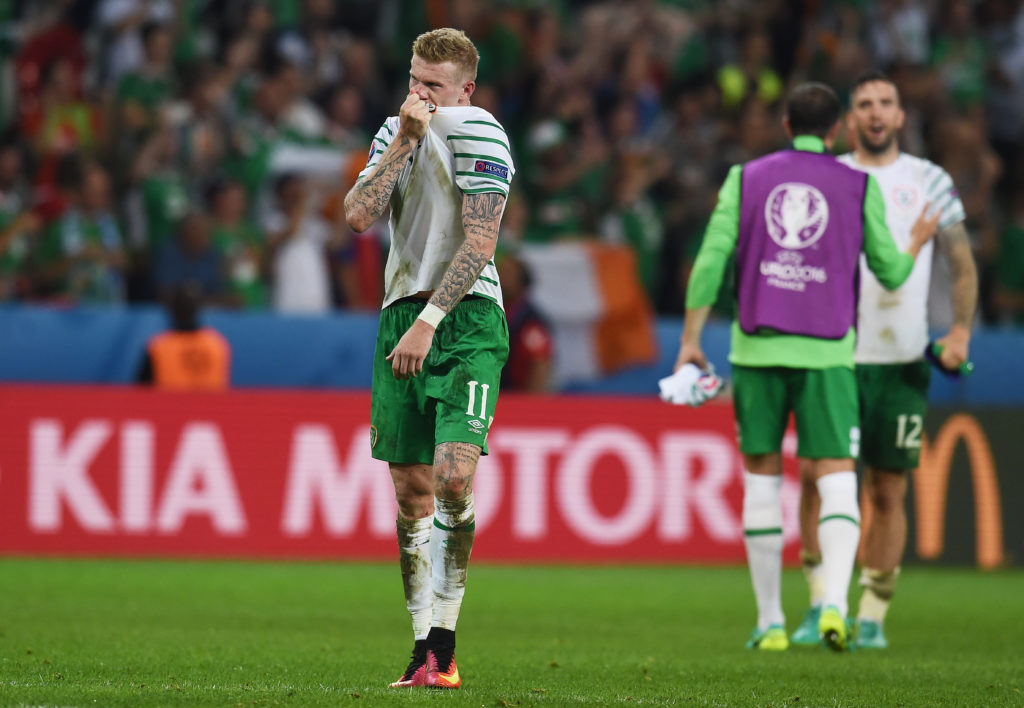