Smyth edged out Skander Djamil Athmani in a photo finish, with the Irishman coming in just one hundredth of a second quicker than the Algerian.

Smyth's time of 10.53 was a season's best as he took Ireland's medal haul in Tokyo to three.

Smyth, who had won gold in the event at the previous three Games, conceded afterwards that Athmani had run him close.

"In the heats he looked smoother than me," the 34-year-old told Paralympics Ireland.

"I was not the favourite tonight so yes, to be in my fourth Paralympic Games, in my 17th season and still unbeaten, I don't even know what to say. 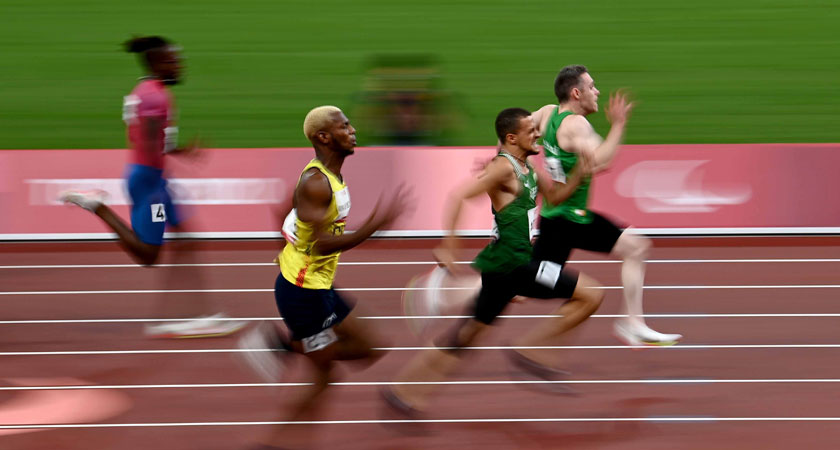 "All I know is it's getting harder and harder to maintain but that's the challenge of sport.

"You've got to constantly bring your game."

Smyth was fastest out of the blocks but Athmani, who was quickest in qualifying, closed in as they neared the finish line.

However a photo finish ensured Smyth's Paralympics gold streak goes on. and he return to a guard of honour at the Paralympic Village.

The latter event was dropped from Rio 2016 and was also absent from the programme in Tokyo.

On Saturday, Katie George Dunlevy and Eve McCrystal Won silver in the Women's B 3,000m Individual Pursuit, while Ellen Keane secured gold in the Women's SB8 100m Breaststroke on Thursday.