Jonny Cooper of Dublin, second from left, is shown the red card by referee David Gough, after previously been shown a second yellow card, during the GAA Football All-Ireland Senior Championship Final match between Dublin and Kerry at Croke Park in Dublin. (Photo By Piaras Ó Mídheach/Sportsfile via Getty Images)

A second half fightback from Kerry halted Dublin’s push for five-in-a-row this afternoon, with the two sides battling it out in a pulsating 1-16 to 1-16 draw.

Jonny Cooper’s red card shortly before the interval gave the Kingdom a great chance to work their way back into the contest after Jack McCaffrey’s goal had given Dublin the edge.

Kerry chipped away at the deficit and substitute Killian Spillane's fine strike on 55 minutes gave them genuine hope they could secure their first All-Ireland success since 2014.

But the champions clawed their way back and Dean Rocked levelled in injury time to ensure these sides will do it all again on September 14. 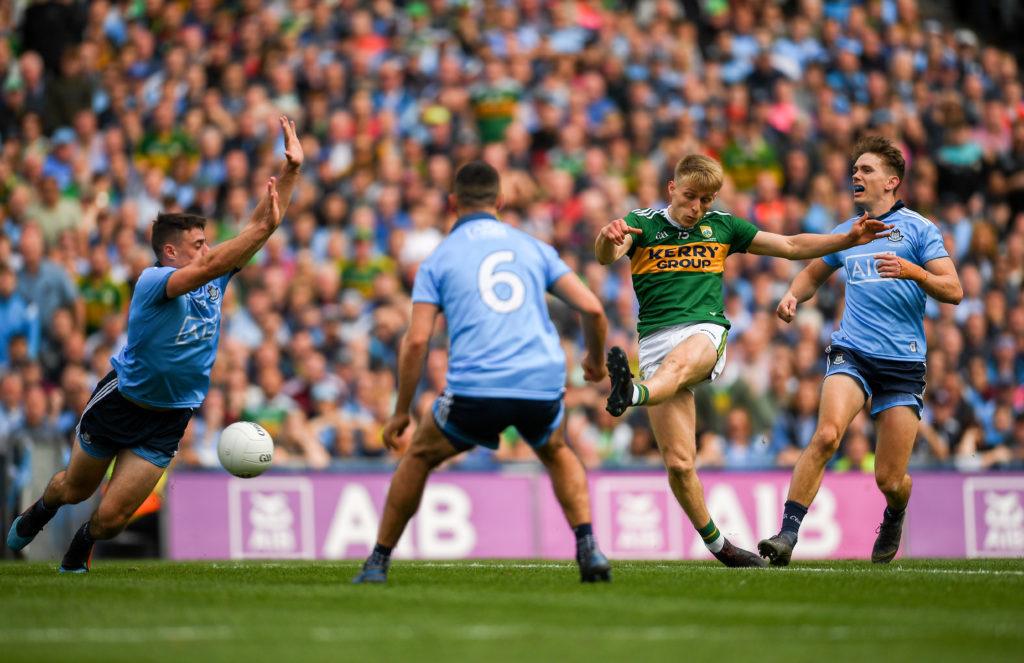 Killian Spillane of Kerry scores his side's first goal despites the efforts of Brian Howard of Dublin during the GAA Football All-Ireland Senior Championship Final match between Dublin and Kerry at Croke Park in Dublin. (Photo By Eóin Noonan/Sportsfile via Getty Images)

Early points from Paul Mannion and Rock put Dublin in control but Kerry had the first real sighting of goal, with James McCarthy needing to be alert to push away Paul Geaney’s strike.

The Kerry forward had an ideal opportunity to atone for that miss when Cooper was adjudged to have fouled Mannion. But from the resulting penalty Stephen Cluxton beat away Geaney’s effort in the 13th minute.

Dublin were starting to assert their dominance and McCaffrey’s fine goal after slick interplay from Brian Howard and Brian Fenton was just reward for their endeavours at that stage.

Seán O’Shea – who hit 0-10 on the day – was keeping the Kingdom in touch during that difficult phase. 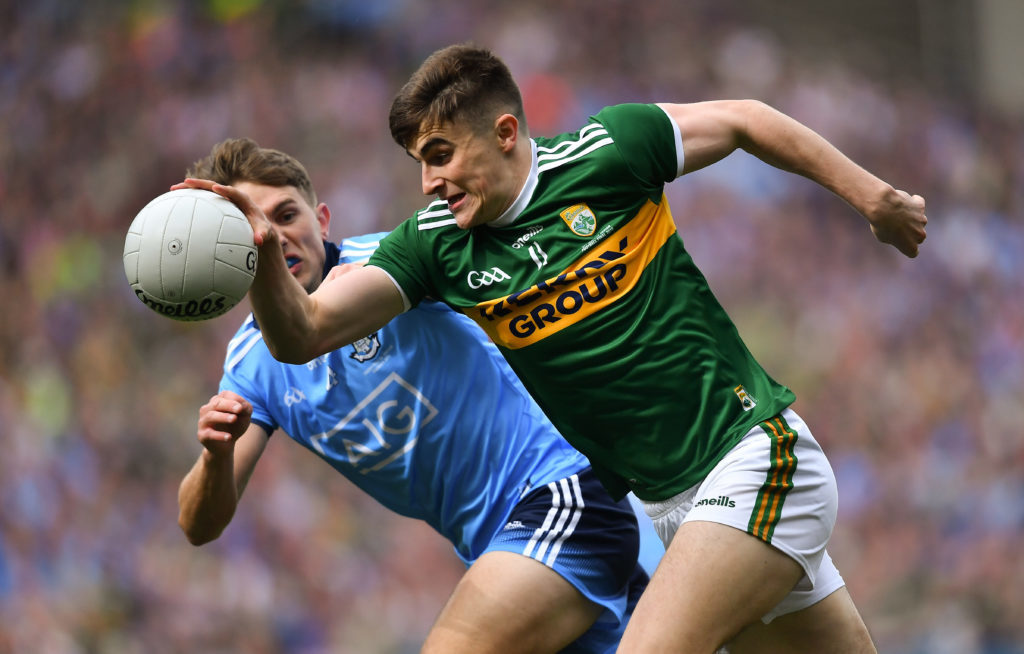 Seán O'Shea of Kerry in action against Michael Fitzsimons of Dublin during the GAA Football All-Ireland Senior Championship Final match between Dublin and Kerry at Croke Park in Dublin. (Photo By Piaras Ó Mídheach/Sportsfile via Getty Images)

It was to get even better for Peter Keane’s men when Cooper got his second yellow card for dragging down David Clifford on 34 minutes.

That should have been the catalyst for Kerry to go for the throat in the second half, but the champions pushed the lead out to five with points from Rock and McCaffrey.

It took Spillane’s goal on 55 minutes to truly haul the Kingdom back into the contest, after Tommy Walsh broke on the right and slipped a precision pass into him. Spillane cut in and sent Cluxton the wrong way, finishing low to the keeper’s left.

Clifford edged the Kingdom ahead in the 67th minute and that looked to be the deciding point until Rock’s late intervention.

Gavin: We didn't get the rub of the green

Dublin manager Jim Gavin hit out at the red card decision after the game.

"Both players were grappling. We didn’t get the rub of the green in that regard and that’s the way it is," he said.

"That happens in games, some days you get those calls and some days you don’t. In the second half we could have got a few calls that went our way. We dust ourselves down and prepare as best we can for another game."