Dublin , Ireland - 22 September 2022; Josh Cullen during a Republic of Ireland press conference at the FAI Headquarters in Abbotstown, Dublin. (Photo By Stephen McCarthy/Sportsfile via Getty Images)

IRELAND MIDFIELDER Josh Cullen believes that Ireland should forget about their emphatic 3-0 victory over Scotland, when the sides meet in Hampden Park this weekend.

Goals from Michael Obafemi, Troy Parrot, and Alan Brown in June resulted in a productive day for Ireland.

However, Ireland now travels to Scotland for their final Nations League clash at Hampden Park this weekend, with a more determined Scotland on the cards.

Ireland chases a top-two finish in their group, but Cullen believes that Ireland should look forward not back this Saturday.

“Their performance was obviously full of energy, and it was a great result for them," said the Burnley man.

“But Saturday is a new day, and we have to be confident and full of belief that we can get a good result.

“We can't read too much into what happened in the summer. Obviously, we take the positives and belief from it but it's a new day and a new game.” 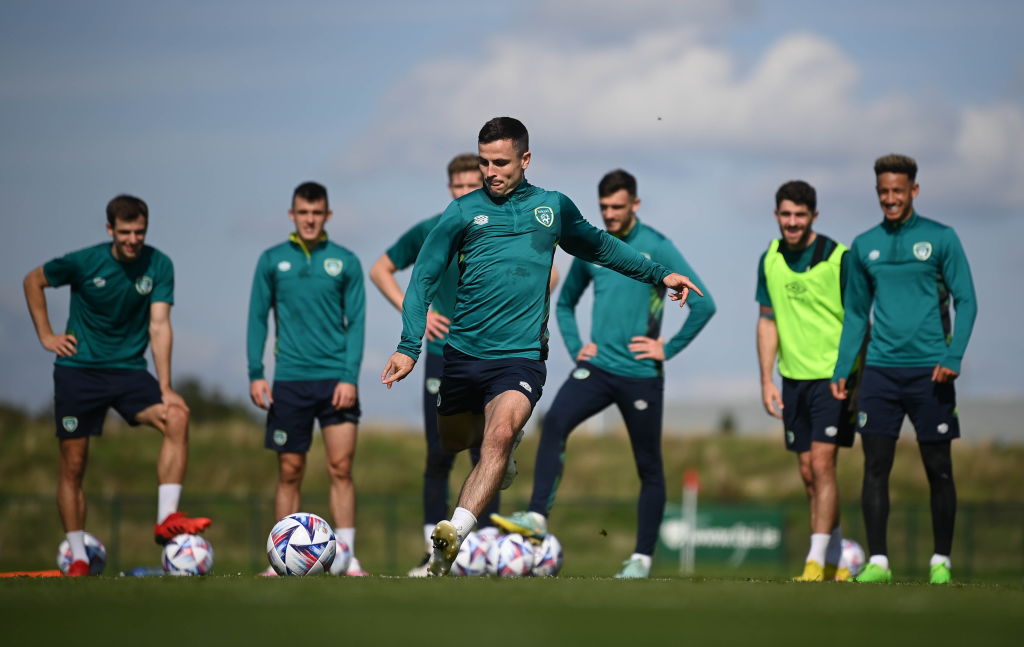 When asked what clicked for Ireland in June, Cullen added “The goals we scored, being clinical in front of goal, a goal from a set piece - a great goal.

“The pass from Mikey (Obafemi) and the great finish from Troy and a bit of brilliance from Mikey for the third goal as well.

“All over the pitch we were full of energy and won individual battles. We take belief that we’ve scored goals against them, and we'll be looking to do that again.”

Ireland's game against Scotland kicks off at 19.45 this Saturday