THE FIRST STEP in Katie Taylor's quest for a fight in Croke Park has received its first major boost.

Independent Councillor and former lord mayor of Dublin Christy Burke as well as Niall Ring had tabled a motion for the Central Area Committee and an emergency motion at Monday night’s monthly meeting of the council.

Each party has agreed to grant a license to allow the fight in Croke Park to take place between Serrano and Taylor.

Kellie Harrington has also been backed to appear on the undercard

The Irish outlet https://www.breakingnews.ie/ also reports that Eddie Hearn, the boxing promoter and big chiefs at Croke Park are looking to trash out a deal to host the event in front of 80,000 fans in October.

Cllr Burke said: “Everyone wants this fight to go ahead in Croke Park to acknowledge what great sports stars and role models these women are. Not only is it a wonderful opportunity for them but for the entire country to be showcased on the world stage.

“Now it is down to the promoters and Croke Park management to work out the finer details of money and costs.”

Issues around concerts and events being held in Croke Park have become a hot topic for residents who live in the area, but according to several residents organizations around the Croke Park venue, they state they would not stand in the way of the mega fight.

Many people will remember Garth Brooks fiasco back in 2014.

Brooks was scheduled to play in Croke Park in 2014 and more than 400,000 tickets sold out within two hours. However, his five shows were canceled that year after Dublin City Council only granted licenses for three of the concerts to go ahead. At the time, Brooks said it was "five shows or none at all".

Normally planning regulations allow for three events per year (planning law year) to be held at Croke Park which are not GAA fixtures. Five Garth Brooks are already tabled for September.

The planning year to allow for outdoor concerts being held begins after the month of April annually. 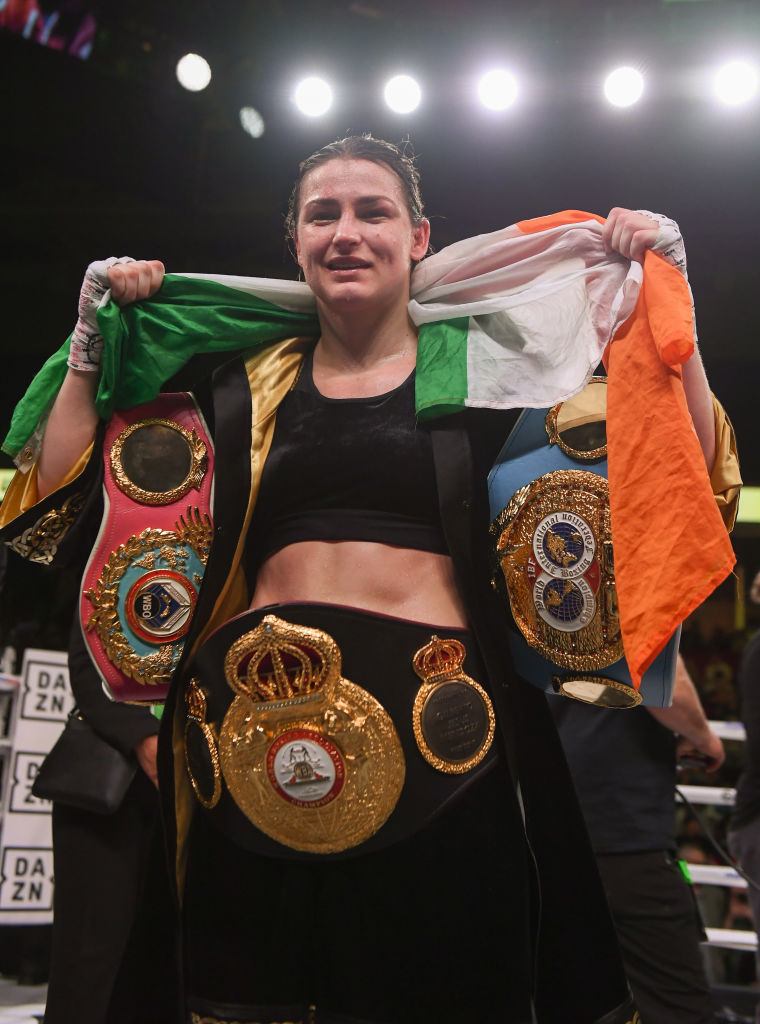 Katie Taylor will defend her undisputed lightweight titles at Wembley next month, after a fight was confirmed