MUNSTER AND Ireland winger Keith Earls has been applauded and praised for opening up about his recent mental health struggles. The 36-year-old spoke about this in his biography regarding his mental health battle which led to him being diagnosed as bipolar.

Earls has played 95 times for Ireland and replaced the excellent Bundee Aki in the 29-20 win over the All Blacks in Dublin on Saturday. 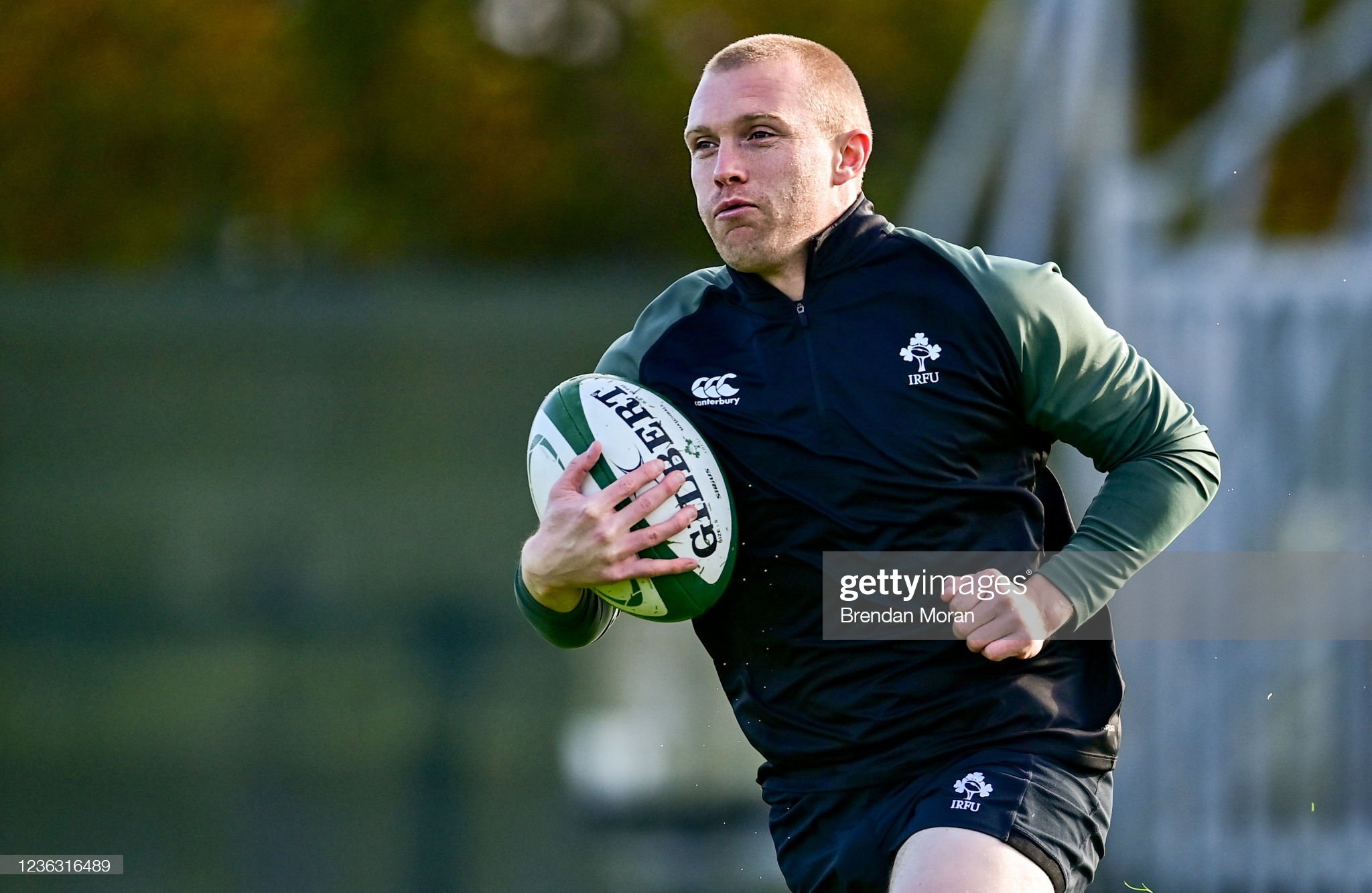 The Limerick native has never been one to shy away from talking about his struggles with mental health. He recently spoke to Joe Molloy on Off The Ball on Tuesday about his new book called Fight or Flight.

"I was just getting deeper and deeper and deeper every year. They were happening more often - my mood swings and my emptiness. It nearly became my default. The odd day of happiness and trying to hide it became exhausting.

"Joe Schmidt took over in 2013, I was in one of his camps and I just called the doctor upto the room, Eanna Falvey, and I said I need help.

"I'm in Irish camp, I'm in Carton House, I've a child at home. Everything should be brilliant but I'm living in hell in my internal thoughts.

Earls also appeared on the Late Late Show with Ryan Tubirdy. The conversation about mental health was a hard one for viewers to hear as the player discussed his difficult battle with anxiety, literacy and mental health.

We played against Connacht the night after The Late Late Show, even the Connacht lads on the pitch were saying, ‘fair play to you’,” Earls explains.

“I’ve spoken to other teammates as well. I’d know some of our teammates would have the same issues as well without really bringing it up. I’ve had plenty of conversations with lads but not too many knew about my own struggles… But it’s been a great reaction for them. I’ve got a text off one or two fellas saying they’ve now gone and spoke to someone as well.

"The boys were outside cheering...I was inside, I couldn't figure out why I was feeling so bad."

Keith Earls on Ireland's victory over France at the 2015 World Cup.

The book also goes into detail about his time growing up in Moyross, his hatred of rugby and his bad back

Earls willingness to speak out should act as a guide for others to come out and speak, and had been

“Yeah, I have massive pride in it. It’s a bit crazy really that it hasn’t really been spoken about more. I know mental health and everything is getting better but it’s amazing really. Everyone definitely suffers from something but some fellas are better at getting out if it and understanding it. Look, I’m unbelievably proud but it’s weird that it’s had such a massive impact.”

It was just last week that he felt a weight off his shoulders, while stating that Andy Farrell's  Irish camp environment has helped his relationships beyond mere teammates.

“At the start I was a bit embarrassed about it because of the stigma around it and that’s something which we’re trying to get rid of, the stigma of speaking about it. People have been so nice.

People have been so nice and, in a way, I suppose it’s a brave thing to do, put your story out there and keep being a professional. Trying to be a so-called ‘macho man’ rugby player but at the end of the day we’re all human as well and that’s what Andy (Farrell) and all of us in here are all about as well: the human side of the rugby player.

“We’re getting to know each other on a deeper level than any squad I’ve ever been involved with.”

If Earls getss a run-out against Argentina, it will be his 96th test and it may be the sweetest one yet.

Ronan O'Gara speaks at length on his time with Keith Earls in the Munster dressing room and how popular Earls is.