CELTIC manager Ange Postecoglou expressed his frustration at the use of VAR following Celtic's last-gasp 4-2 win over Dundee United on Saturday.

Celtic have already been involved in several key VAR decisions in the few weeks since its implementation in Scotland, with a raft coming in the recent visit to Hearts. 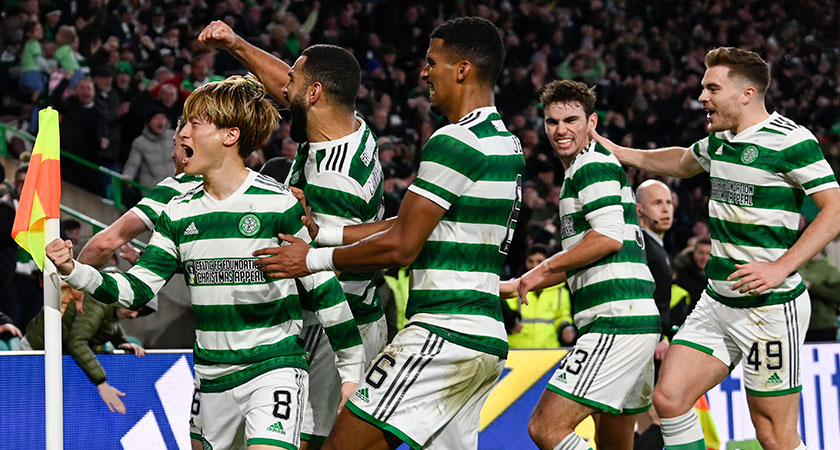 Kyogo Furuhashi celebrates with his teammates after making it 3-2 to Celtic late on (Image: Rob Casey/SNS Group via Getty Images)

In that game, the home side were awarded a penalty after a VAR check while Celtic were denied a spot kick, with VAR not prompting the on-field official to review the incident.

Meanwhile, Celtic were awarded a penalty against Livingston last week after the intervention of VAR.

On Saturday, Dundee United were awarded their penalty following a VAR review, Steven Fletcher converting to make it 1-1.

After the game, Postecoglou said his gripe wasn't with VAR itself, but the time being taken to make decisions.

"I was probably more frustrated than anyone, I probably didn't handle it too well," he told Celtic TV.

"I've got no issue with VAR, but they don't have to use it; the decisions they came to today could have been done very quickly.

"I don't think we come to the football to sit there and wait for somebody in a place a long way from here to make a decision.

"We don't have to sit there for so long to come to a decision." 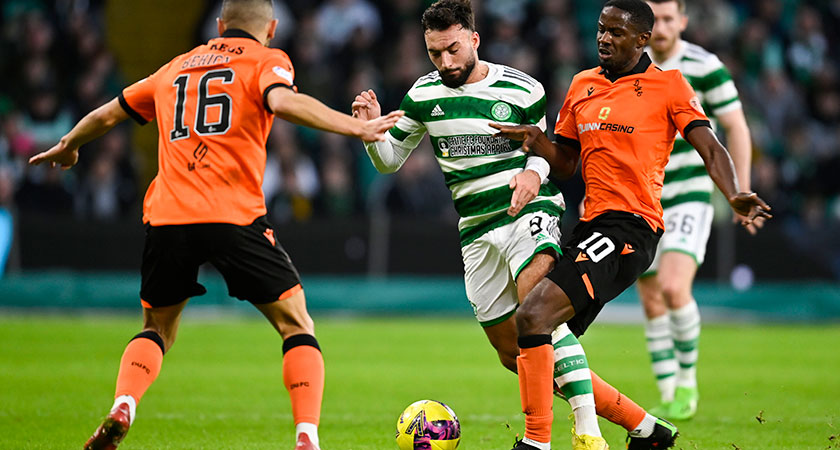 Sead Hakšabanović opened the scoring for Celtic on six minutes before Fletcher's equaliser.

The Montenegro international struck again after 34 minutes to restore Celtic's lead but Levitt looked to have earned the visitors a share of the spoils with his 87th-minute goal.

However, true to Postecoglou's mantra of 'We never stop', Celtic sealed the win with goals in the 90th and 93rd minutes.

'They refuse to give up'

That ethos has been evident all season, from the 3-1 win at Ross County courtesy of two late goals, to Giorgos Giakoumakis' 95th-minute winner in the 2-1 victory at St Johnstone.

Likewise, it was on display in that thrilling win at Hearts, in which Celtic twice relinquished the lead before Greg Taylor's strike sealed the points.

The manager revealed after the Dundee United game just how much the players had bought into his philosophy. 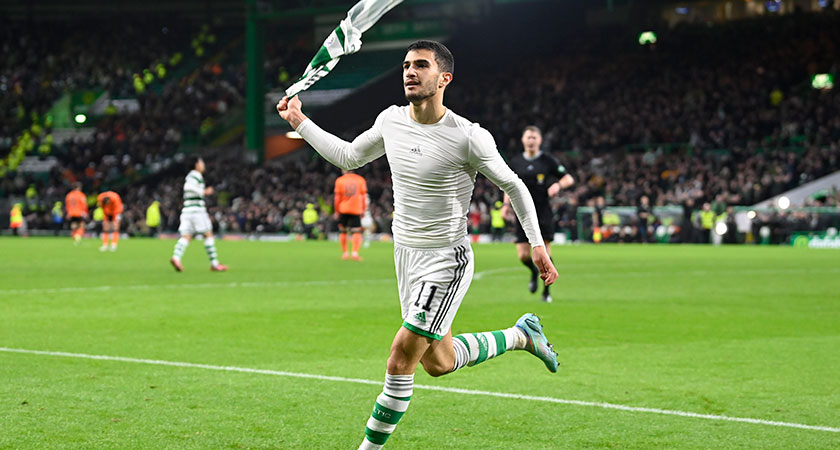 "People realise now it's not by chance [that we score late goals], it's something we've drilled into the guys from day one and they've embraced it,” he said.

"They just refuse to yield, refuse to give up, there is no lost cause — it's a credit to them."

Celtic's next game sees them travel to Motherwell, who have lost six of their last nine league games.

However, the scare against struggling Dundee United, who sit bottom after Saturday's defeat, means Celtic can take nothing for granted.

The game at Fir Park is on Wednesday, kick-off 7.45pm GMT.