That game is still viewed as one of the all-time great cup upsets, but for Sanchez -who scored the priceless winning goal that day- the win wasn’t a shock.

Speaking to the Irish Post, he said: “Liverpool held no fear for us. We won there in our first year in the top flight.

“And going into the final in 1988, we were the last team to win at Anfield.  So we weren’t as perhaps as cowed by Liverpool as we should have been. They were a superb side. But we expected to win.”

It was a conversation with former Arsenal boss Don Howe (who was Bobby Gould’s assistant at Wimbledon at the time) just before the FA Cup third round that planted a seed for Sanchez and the rest of the Crazy Gang.

“Don gave us a chat saying that as a player you probably have ten chances if you’re lucky to win an FA Cup,” said Sanchez.

“That was working on the basis that ten years was the average career duration for a player back them. Not too many played far beyond 30.

“That really resonated with me. I remember thinking that ten isn’t an awful lot. So I decided: just give it your all. Every year, give it your all. Because you never know whether this one will be you last one or not.” 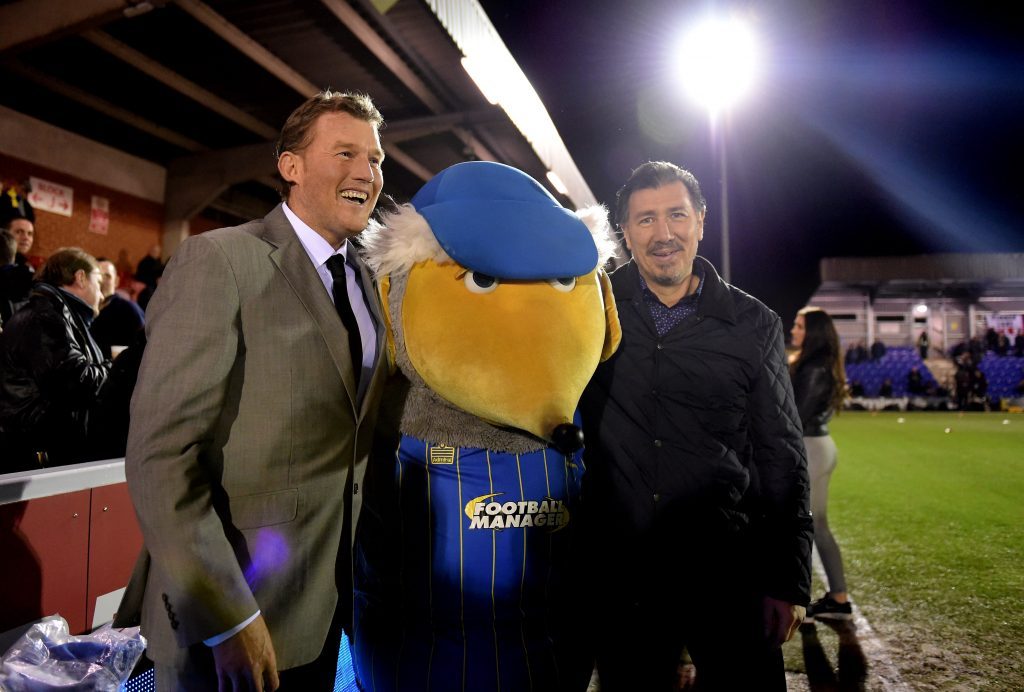 Sanchez’s connections with Ireland run deep. His mother is Irish and he started his managerial career in the League of Ireland with Sligo Rovers in 1994, before eventually going on to manage the Northern Ireland national side.

“Sligo was great for me,” he said.

“At Wimbledon we were often up against it, but for Sligo, my first game in charge was a European Cup Winners’ Cup tie.

“When I took over, my first game in charge was against Floriana from Malta.

“It was a great place to learn. They had a tradition of employing managers from the top divisions in Scotland and England at the time. And paying full-time wages- or whatever £200 per week could get you for a full-time player.

“When we were playing European games, we were getting 4-5000 people there. It felt like we were getting half the town in the ground!  That’s a great tradition, to be able to do that with any club.”

After a stint back at Wimbledon as reserve team manager and first team coach under Joe Kinnear, he secured the top job at Wycombe Wanderers. He stabilised the Choirboys, before overseeing the biggest match in the club’s history -an FA Cup semi final appearance against Liverpool in 2001.

There was to be no fairytale on that occasion and his next salvage job was as Northern Ireland manager.

“It had been a disastrous couple of years for them," said Sanchez.

“In their previous campaign, they hadn’t won a game or scored a goal. They hadn’t scored in 12 games before I took over. Hadn’t won one for 13. It looked bleak, but I wanted a go at it.”

He diagnosed the main cause straight away. The more established players were staying away; seeing time spent with Northern Ireland as time that could be better spent focussing on club commitments. 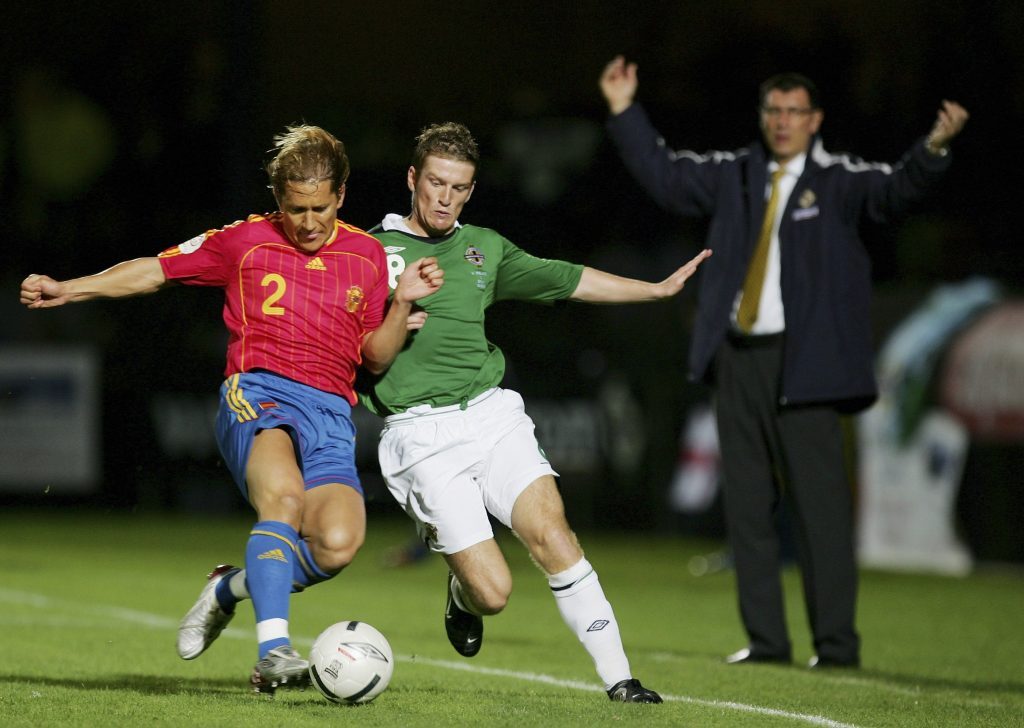 Michel Salgado of Spain battles with Steve Davis of Northern Ireland as Lawrie Sanchez watches on during Northern Ireland's European Championship qualifier against Spain in 2006. (Photo by Laurence Griffiths/Getty Images)

“It was very hard initially because of that bad run. We had players who were perhaps playing for their clubs and asking themselves why would I want to go away with Northern Ireland and put myself through that.

“I had such a problem, I had to use the five-day rule (where international managers can stop a player playing for his club for five days from the last international if he doesn’t turn up for duty claiming to be injured).

“I actually had a row with Mick McCarthy about it because he wouldn’t release one of his Sunderland players. He was annoyed and said ‘Lawrie, what are you doing with this five-day rule?  My player will be fit for the league game.’

“Mick then said he never had to use the five-day rule when he was managing the Republic.
“I said, well to be fair, your players were in contention for World Cups and European Championships. You didn’t have a problem getting players to come to play for you.

“I had a massive problem, because we are not doing anything, we’re losing and we’re bottom of the group. I need my players there to start winning games.

“It’s a vicious circle, if we don’t get the players there to start winning games we don’t have a chance.”

Having laid down that marker, the progress his side made in just a few short years was astounding; from regular group whipping boys to beating England in World Cup qualifiers in 2005 and downing eventual winners Spain in European Championship qualifiers in 2006.

“Michael (O’Neill) has took it on again,” said Sanchez.
“But I think part of the success Northern Ireland are enjoying now is down to the tough decisions we had to take from 2004 onwards.”