Dublin , Ireland - 5 February 2022; A general view of inside the Aviva Stadium before the Guinness Six Nations Rugby Championship match between Ireland and Wales at the Aviva Stadium in Dublin. (Photo By Harry Murphy/Sportsfile via Getty Images)

shares 22
Share this article:
THE LAST-16 Heineken Champions Cup clash between Leinster and Connacht second leg will take place at the Aviva Stadium.

The kick off times and dates for the clash in April have been revealed by the EPCR, along with the location.

Leinster have opted to move their tie with Connacht to a bigger venue.

We will host @ConnachtRugby at Aviva Stadium on April 15th 🏟️

Connacht's first leg at the Sportsground will take place a week earlier, 8 April.

"As the higher seeded team in their pool, Leinster will be on the road for the first game before having home advantage for the second leg. The aggregate score from both legs will decide who progresses to the last eight.

That game in The Sportsground will be the first action of the Round of 16 on Friday, 8 April (KO 8pm).

In the return fixture on the following Friday (15 April), the two will face off once more, this time at Aviva Stadium with a kick-off time of 5.30pm."

The Munster away leg against the Exeter Chiefs will take place on 9 April in Sandy Park. They will return to Thomond Park on Saturday 16 April

Ulster's away game against Toulouse has also been moved to a larger venue, with Toulouse bringing their home tie to the city's 33,150 capacity 'Le Stadium', rather than their traditional Stade Ernest-Wallon.

Ulster had moved their away game with Toulouse to Le Stadium on 9th April. The ground holds 33,150

While Ulster's home leg at Kingspan Stadium on Saturday 16 April will get under way at 8pm. 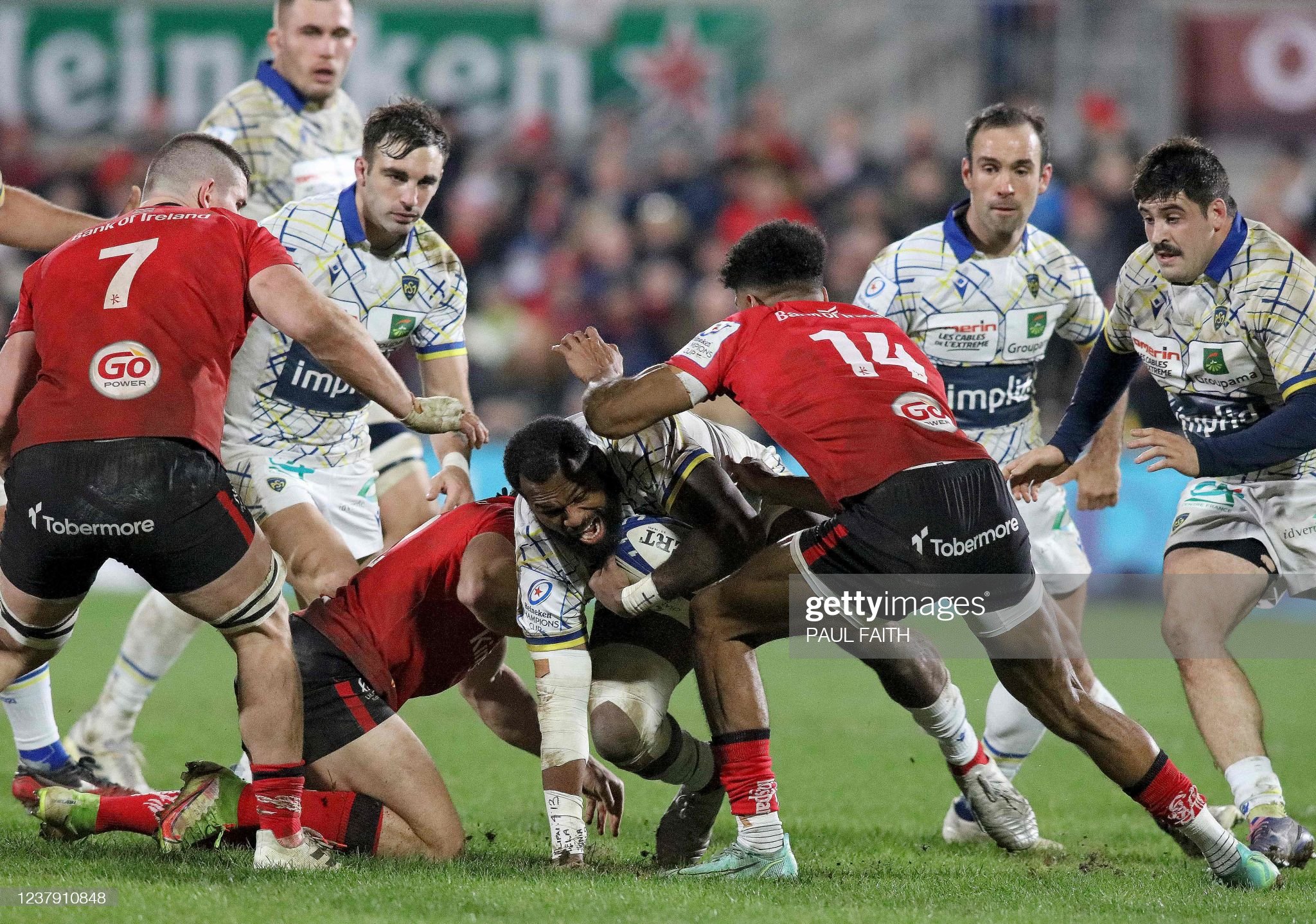 Mack Hansen has signed a new deal at Connacht until 2025