HOWEVER, IT could be positive news for any superstitious Liverpool fans out there.

Juventus dramatically crashed out of the Champions League on Tuesday night, and with them went Cristiano Ronaldo.

While his European career could see the Portuguese forward retire as the Champions League's greatest ever player, it was Porto that outshone Ronaldo on the night, winning on away goals after an extremely entertaining extra time period.

As a result, Ronaldo won't be playing in the quarter-finals of the Champions League this season, and if things go as expected tonight, neither will Lionel Messi.

Barcelona are currently 4-1 down to PSG, who looked excellent in the first leg, and won't want history to repeat itself in the form of another embarrassing European capitulation against the Catalonian side.

If Barca do go out tonight, it will be the first time that a Champions League quarter final does not feature either Cristiano Ronaldo or Lionel Messi since 2004/2005, which will be music to the ears of superstitious Liverpool fans out there.

As we're sure you're aware, that year saw Steven Gerrard inspire Liverpool to an extraordinary Champions League victory in Istanbul after being 3-0 down to AC Milan at half-time. 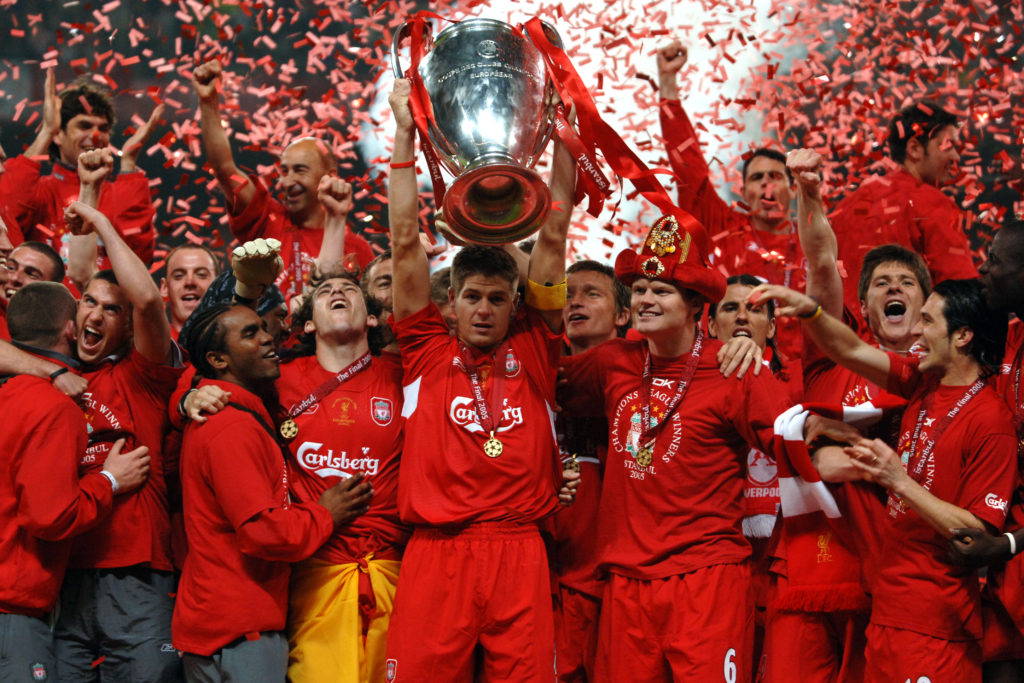 ISTANBUL, TURKEY - MAY 25: Captain Steven Gerrard of Liverpool lifts the trophy at the ceremony following the UEFA Champions League final between AC Milan and Liverpool at the Ataturk Olympic Stadium on May 25, 2005 in Istanbul, Turkey. (Photo by Etsuo Hara/Getty Images)

If Messi and Ronaldo do exit the competition at this early stage, it could act as an unofficial passing of the torch, perhaps to Kylian Mbappé and Erling Braut Haaland, both of whom are lighting up the footballing stage at every opportunity.

And while all the signs point towards a Barcelona exit tonight, we wouldn't be writing Messi and co. off just yet, given PSG's history in the competition.

Lionel Messi's penalty against PSG should have been retaken