LONDON Irish have confirmed that the club has been bought by a consortium of London-based Irish businessmen led by Mick Crossan.

Mr Crossan is the chairman of Powerday plc – a recycling and waste management company - who have been the team’s primary sponsor since 2011.

He will become president of London Irish and David Fitzgerald - former Exiles captain and experienced international businessman - will be executive chairman.

The new consortium are said to be targeting a return to a new home in south west London.

They have also signed South African prop and World Cup winner CJ Van der Linde until the end of the season, while Ulster and Ireland prop Tom Court has agreed to join the club next season.

Speaking at a media conference this morning to announce the takover, Mr Crossan said: “The members of the consortium are delighted to assume responsibility for London Irish at this important time in the club’s history.

"The club is known and respected throughout the world and is a sleeping giant in terms of its unrealised potential.

“We’re looking forward to working with all the club’s stakeholders to take it to the next level.”

A statement from London Irish said the new owners have 'committed substantial funds' towards the club. 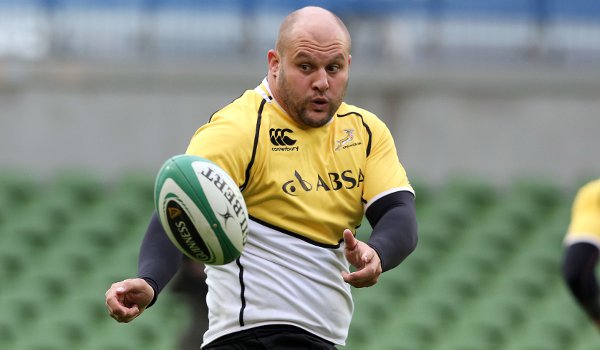 Chief executive Andy Martin has also left the club by mutual agreement and that a new chief executive to be appointed in due course.

He reached the peak of the world game in 2007 when he started South Africa's successful Rugby World Cup final against England.

London Irish director of rugby, Brian Smith said: “CJ is a 70 plus cap Springbok and has been brought in to replace Halani Aulika as a starting tighthead. He’s a world class scrummager and will bring a lot of experience and composure to our pack, particularly at scrum time.

The Irish Post is the official media partner to London Irish.

Donnacha Ryan: 'Everyone wants to prove themselves the best team in Ireland'