George Skivington, the London Irish forwards coach has been secured by Gloucester

LI Chief Executive Brian Facer says the club will reserve the right to consider all its options following Gloucester’s announcement on June 27 that it had secured Skivington as its new Head Coach.

The rugby club’s statement confirmed that his post was due to start on July 3 and included a comment from Skivington claiming: “I’m absolutely delighted to be joining Gloucester Rugby. I’ve been very impressed with everyone I’ve met at the Club so far, and the vision they have for the Club.”

The news from Kingsholm came despite Skivington being under contract with LI until summer 2021.

In a statement on their website, LI confirmed there had been “no approach – whether informal or formal – from Gloucester’s management to London Irish’s management requesting permission to talk to the former England Saxon”.

“To say we are disappointed with Gloucester’s announcement is an understatement,” Facer said.

“George is well liked and respected at Hazelwood, and it is understandable that we would not want to lose him, especially so close to the resumption of play after the lockdown,” he added.

“However, the protocols are clear that a club must be approached in writing when there are more than six months remaining on the relevant contract, regardless of whether it is a player or coach.” 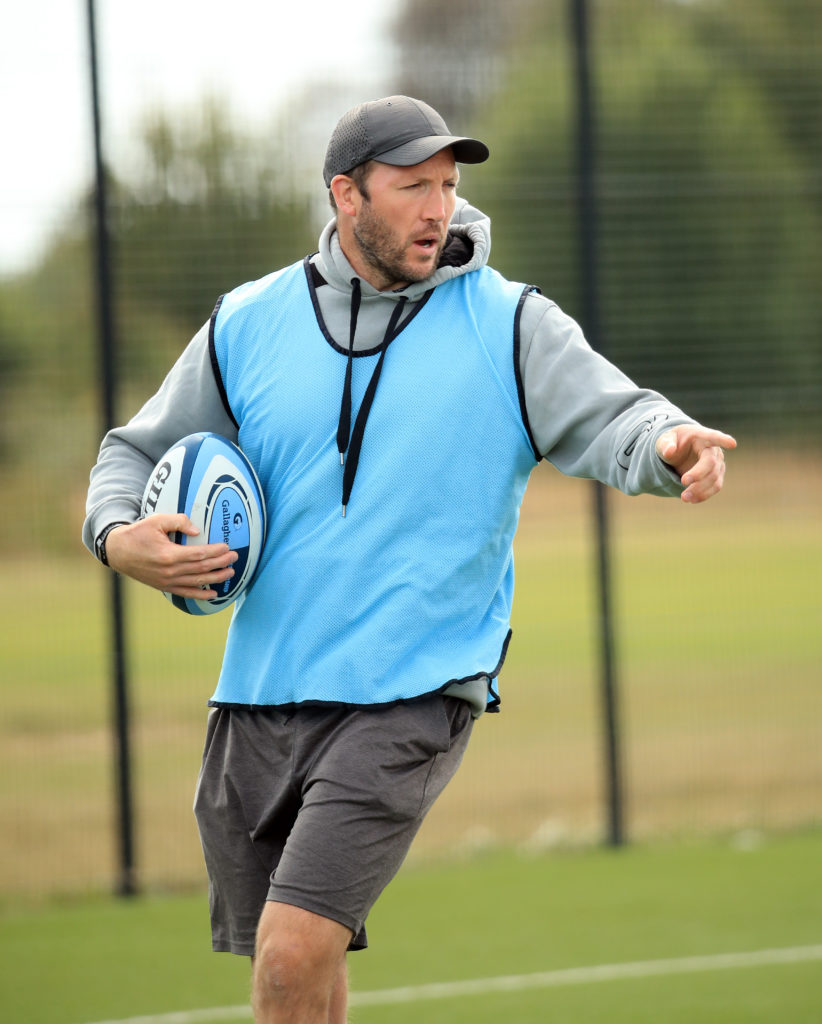 George Skivington has been forwards coach for London Irish since 2016

Skivington has been forwards coach at Hazelwood since retiring as a player in 2016.

He has helped guide the Exiles to two promotions from the Championship and latterly re-establishing LI as a force to be reckoned with in the Gallagher Premiership.

He is highly regarded by both the London Irish players and Director of Rugby Declan Kidney, Head Coach Les Kiss and the club’s other coaches.

However, Facer claims his move to Gloucester breaks Premiership Rugby protocols regarding the inducement of coaches currently under contract.

“George is under contract with London Irish until June 2021 and has not served us with the required notice period, nor have the terms of his contract been breached,” Facer explained.

“More importantly, at no point have we received any proactive communication whatsoever from Gloucester.

“We therefore believe that Gloucester have breached the Premiership Rugby Code of Conduct regarding inducement and approaches to a contracted player, member of coaching staff and other contracted person.

“This is a most serious issue so, accordingly, we are reserving our rights to consider all our options under the Premiership Rugby governance protocols and other avenues of redress.”