MANCHESTER CITY scored three late goals in the space five minutes to defeat Aston Villa 3-2 and seal a fourth title in five years in a dramatic final day in the Premier League.

Meanwhile Leeds, who started the day in the relegation zone, defeated Brentford to leapfrog Burnley into the safety of 17th place.

The dramatics bring to a close a thrilling Premier League season that saw Liverpool overcome a 14-point deficit in January — albeit with two games in hand — to take the race down to the wire. 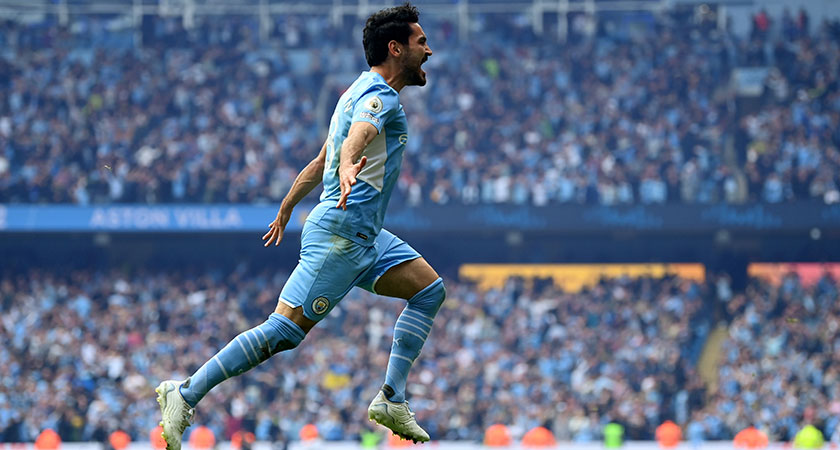 Ilkay Gündogan celebrates the second of his two goals to give City a 3-2 lead (Image: Michael Regan/Getty Images)

"The bottom line is the biggest challenge City faced today was what was in front of them," said Keane.

"That was an Aston Villa team that were neat and tidy, looked sharp, looked a goal threat.

"When you're 2-0 down — and deep down we all know that Liverpool are probably going to score late on, particularly in front of the Kop — you know you have to score three goals to win the title.

"That's huge pressure, so that's where the credit goes to these players."

"Pep's one of the greatest coaches ever"

"Pep's one of the greatest coaches ever," added Keane.

“I know people say constantly, 'We'll, he's working with the top players', but you still have to manage them, you've got to have a style of play.

"They've been so consistent over the years, they're the hardest working team in the league — well, them and Liverpool, it's obviously a close call between them — and that comes from him.

"It's like Klopp at Liverpool — they start the ball rolling and everyone else follows in behind."

Liverpool needed to beat Wolves to have any chance of winning the title, while hoping Aston Villa could get a result at City.

The Reds' task was made all the more difficult when they went behind at home to Wanderers after just three minutes.

Sadio Mané equalised after 24 minutes but City were still on course for the title as they were drawing 0-0 with Aston Villa, who had won only two of their last 10 games. 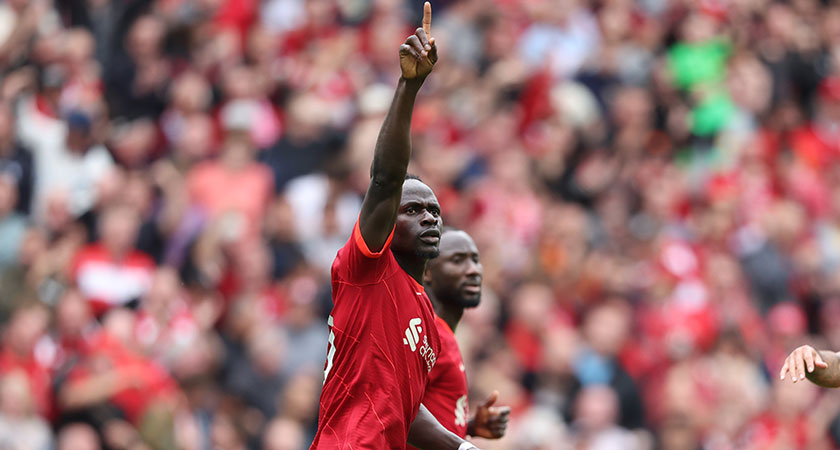 However, the first scent of an upset came when Villa took the lead at the City of Manchester Stadium through Matty Cash on 37 minutes.

As it stood, City were still ahead of Liverpool on goal difference, but a Liverpool goal would see the Reds leapfrog the reigning champions.

Liverpool continued to press Wolves for the goal that would take them top, but while they toiled, Villa handed them a boost by doubling their advantage over City on 69 minutes through former Anfield star Philippe Coutinho. 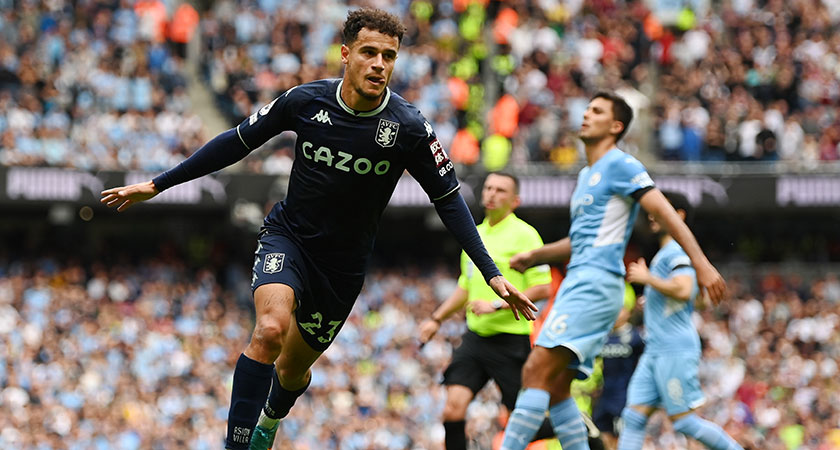 Unfortunately for Klopp's side, by that time City had restored normal service, as the league's top scorers hit three goals in the space of five minutes.

Substitute Ilkay Gündogan made it 2-1 on 76 minutes shortly after entering the fray, and after Rodri equalised, Gundogan made it 3-2 on 81 minutes.

At the other end of the table, Leeds — who started the day in the relegation zone due to their inferior goal difference to Burnley — beat the drop with a 2-1 win at Brentford.

When Burnley went 1-0 down to Newcastle through a Callum Wilson goal after 20 minutes, Jesse Marsch's side were holding Brentford to the draw that would have kept them up as it stood.

Leeds boosted their survival hopes by taking the lead through a Raphinha penalty after 56 minutes, while Burnley fell 2-0 behind after another Wilson strike. 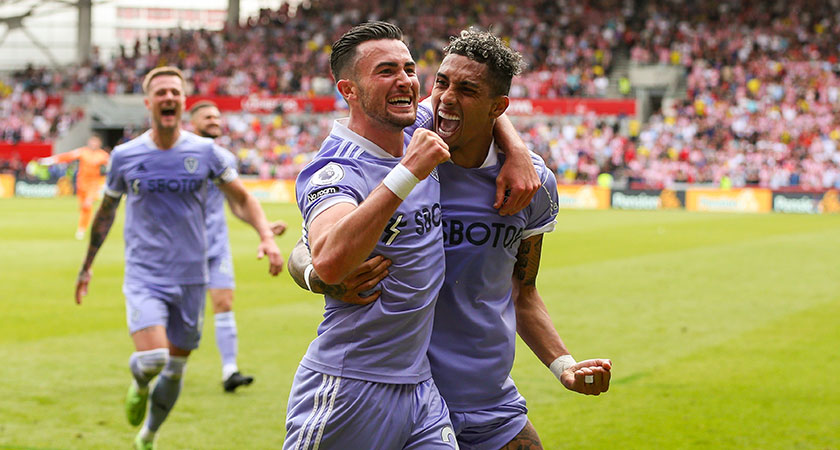 The Clarets pulled one back through Maxwel Cornet on 69 minutes, while Brentford made for a nervy finish for Leeds by equalising through Sergi Canos 12 minutes from time.

As it stood, the draw was still enough for Leeds as long as Burnley didn't level at Turf Moor.

Sadly for Mike Jackson's side, they couldn't find that second goal, while Leeds sealed their survival with a win after Jack Harrison's injury-time goal to finish three points clear of Burnley.

Elsewhere on the final day, Tottenham sealed the last Champions League spot with a 5-0 win at relegated Norwich.

West Ham failed to capitalise on Manchester United's 1-0 defeat at Crystal Palace as they lost 3-1 at Brighton.

It means United — along with Arsenal — qualify for the Europa League group stage, while West Ham must settle for the Europa Conference League play-offs.

Joining Burnley in the Championship are Norwich and Watford, whose fate was secured before the final day.