RODDY COLLINS, the former League of Ireland manager has called new Manchester United boss Ralf Rangnick one of the biggest spoofers in football.

Rangnick has replaced Ole Gunnar Solskjaer at Old Trafford and will work in a consultancy role for two years after his six month interim spell ends.

The former Leipzig boss is famed for his pressing football and squad building, but Collins, the former Bohemians boss, who led the club to a league and cup double has no time for the German and his methods.

"Manchester United are worse off now than when Ole Gunnar Solskjaer was at the wheel"https://t.co/BqbTWPiOFV

Writing in his column for Buzz.ie, Collins feels 'his rhetoric is the biggest load of crap'

"They have brought in one of the game’s great spoofers in Ralf Rangnick — one of the thousands who have come off the Pro Licence conveyor belt," Collins said.

"I can understand how he gets jobs, because he’s a great PR man. His interviews are priceless and a lesson in how to make your way in the game.

"But in pure footballing terms, his rhetoric is the biggest load of crap.

"Your regular punter might swallow it for a while, they might be mesmerised by his talk of stats and tactics.

"But you won’t get a senior dressing room buying that in the long-term. He’d be great in youth development, where young lads who don’t know the game would soak it all up."

My first reaction was ‘how does Ragnick know who Roddy Collins is?’ https://t.co/kR7TEfuMH2

United have also brought in an assistant in Chris Armas from the MLS in America and Collins believes the league is a pub league.

"Ralf has been around the block. He has brought in an assistant in Chris Armas who has come from a pub league, when you compare MLS to where United should be, said Collins

And suddenly United are going through another cycle of managers, where this fella could well be a temporary solution until someone like Brendan Rodgers becomes available.

Collins also felt that players were better off putting on the parachutes and jumping out of a plane than training with cones, ladders and parachutes,

When I got my licences, I was almost sucked in by the process. I remember my first training session afterwards and I must have put out 4,000 cones", said the former Bohs boss

Everyone was dead impressed by the cones, the ladders and the parachutes. But the players would have been better off putting on the parachutes and jumping out of a plane.

I needed to spend €12,000 to get my qualifications — after winning a double with Bohs — just so I could learn how to talk like Ralf.

But that’s the way the game has gone and it’s to its detriment that people like this are in top jobs". 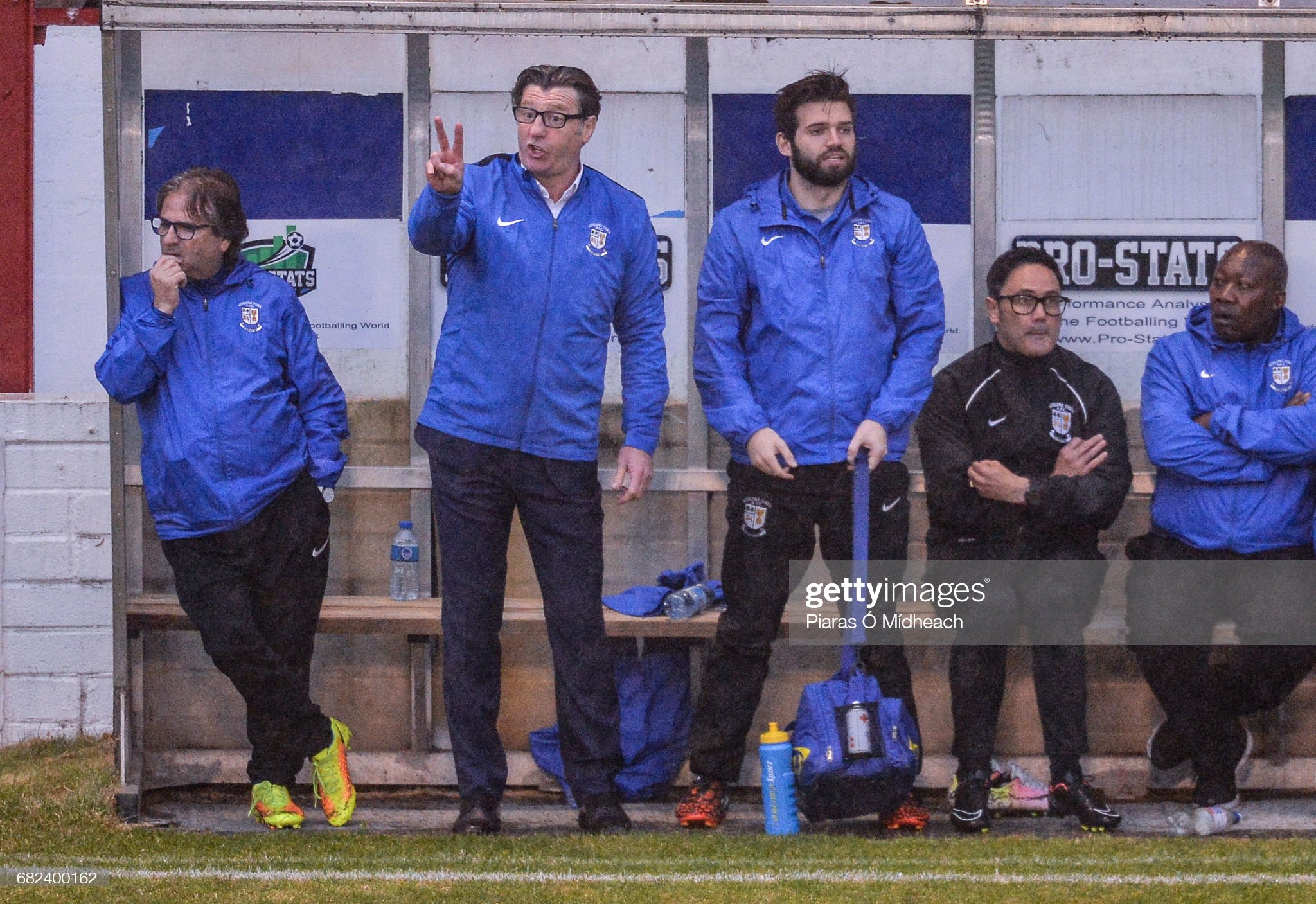