THERE were tiny beads of sweat trickling down his forehead.

His face looks nowhere near as relaxed as it appeared on the first night he met the press as Mayo manager.

But the subsequent 21 months and 32 league and championship games have aged it, the 32 Monday mornings reading about his mistakes, real or imagined, in the newspapers.

Whereas in December 2015, when he walked into the third biggest job in the Gaelic football world, the world seemed innocent, now he knows it is not.

Outside of football he has a successful career in the banking world, yet the scrutiny attached to the job he gets paid for is nowhere near as intense as it is for the job he does voluntarily.

This was something he didn’t see coming.

“The three years I spent with Corofin offers me a very good grounding,” he said. “I'm not daunted to have this chance.

"My life will change, yes. It changed three years ago when my playing days ended and I went into management.

There are always challenges and crossroads in life's journey. I see this is an opportunity… a great one."

Should Mayo win this Sunday then the trip will have been worth it.

If they don’t, though, then you wonder if he’ll consider the last couple of years just too much hassle.

It’s worth noting that Rochford is just the fifth man in history to reach an All-Ireland SFC final in each of his first two seasons managing – Kevin Heffernan, Mick O’Dwyer, Jack O’Connor and Pat O’Shea being the others. 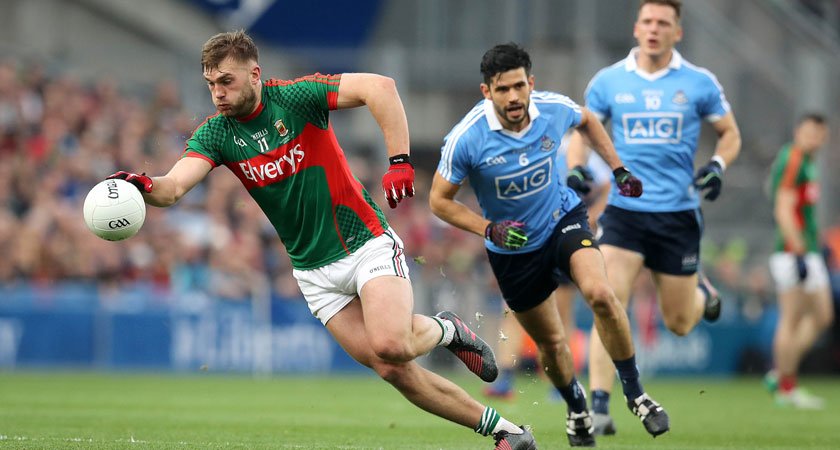 Yet unlike the aforementioned quartet, he has yet to win Sam, which is why he says it is hard to “categorise” returning to this Sunday’s final as an achievement.

“Getting there is no longer seen as a sort of ‘well done’,” Rochford said. “We would see that as just another step, another game in getting to a final.

“To beat Kerry is not something I ever had an opportunity to do before, but I would not necessarily say I would be writing it on a CV, either.

"I don’t mean that to sound anyway disrespectful to Kerry but for me achievement would be based on winning silverware and we have not achieved any (silverware) in my tenure.”

Nor may they do so by this weekend, as the Dublin team he and Mayo have to try and take down only happen to be the second greatest in the history of the game.

“No doubt, Dublin were extremely impressive against Tyrone in their semi-final but I am sure that Tyrone were disappointed in their performance.

"I had seen what Tyrone had done in the Championship, and in some of their league games, and they can certainly perform better than they did the last day but Dublin were very controlled, they look to be able to switch from third gear to fifth gear as they saw fit. 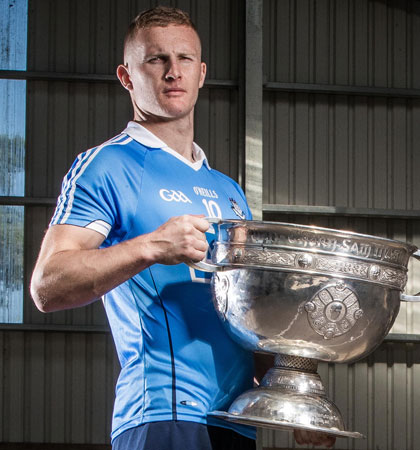 Ciaran Kilkenny and Dublin will be looking to make it three titles in a row (Image: inpho.ie)

"They are still a team of high quality footballers and super athletes but for me no team is unbeatable.

"On any given day, if you get all your bits together, and we know that would certainly have to be the case.

"We can’t be an average team on the day of the All-Ireland final and expect to win, we need to deliver a top-drawer performance.”

Yet here is the thing: Mayo – in 2015 and 2016 – have done so, drawing with Dublin twice, losing the other two games – an All-Ireland semi-final and All-Ireland final – in unfortunate circumstances.

“What it does do is give you an element of confidence that we can physically go toe-to-toe with these guys but there is so much more to a football match than just being able to run around the field.

"We have to be so much better than we have been in so many other games this season.

"You can’t cough up possession to this Dublin team because they will absolutely murder you if you do.

"We need to focus on ourselves as much as on Dublin.”

They have been doing so since June, after their unexpected loss to Galway, the second successive year they were beaten by their Connacht rivals.

This defeat hurt more, though.

“In 2016, the frustration was that we did not arrive and perform when we had put ourselves in a good position to win the game, whereas this year the thinking was that we have been beaten by a point here, we were a man down for three quarters of that game, we had the ball cleared off the line twice and we lost by a point.

"It was disappointing because we had put a lot into that game and did not get any reward out of it.

"We have to acknowledge that Galway are a team who had just been promoted to division one and were the reigning Connacht champions so we knew that it was not going to be a foregone conclusion.

“The following weeks, we had to adapt, knowing we were going to take a round-the-country route in the qualifiers and what would that mean compared to our challenge in 2016.

"In that initial period, there are a lot of question marks.

"Your confidence is challenged but by the time we resumed training, we knew we were playing Derry and at that stage we did not have any more time to sort of sit on it and wonder what would have been.

"It was a case of getting on with it.” 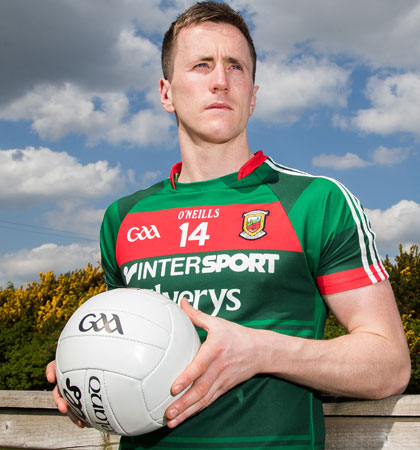 Cillian O'Connor is the top scorer in the Championship this year with 3-59 heading into the final (Image: inpho.ie)

Derry and later Cork were beaten in extra time, Roscommon and Kerry defeated after replays, while Clare scared them in Ennis and all the while the man at the helm was depicted as a risk-taker, playing Aidan O’Shea at full back against Kerry, less than a year after he replaced David Clarke with Rob Hennelly for the All-Ireland final replay.

“I am a manager who goes out to seek wins in games," said Rochford.

"I am not going out there to be a crowd-pleaser or get approval from pundits or reporters. I don’t think that serves the team well.

"When we put Aidan in at full-back, we were not trying to reinvent Gaelic football to make ourselves feel better.

"Doing things like that to win games because that is what has presented itself.

"We have been involved in 18 championship games and we are on about two decisions.”

Yet he has been fiercely criticised, not just by newspapers but also by the keyboard warriors on Twitter.

“That is just the modern world,” Rochford said.

“You are no longer dealing with your eight or 10 journalists, there is a 100,000 journalists with 140 characters and that is just the nature of modern society and you suck it up.

"It isn’t a big bother for me in the general scheme of things, friends and family are the ones who get a little more distracted or a little more upset about it.

“You know your head is on the block. You know the consequences that come with it.

"There is nobody, apart from the players, more invested in the Mayo thing than me.

"Nobody is spending more time trying to get this right than myself and the other boys in the management team.

"I would feel we have a lot of experience within our management team, we have All-Ireland winners in club and county level.

"Tony McEntee has worked in the media game for a while as well, we don’t work to seek approval from that audience, we look to try and win games.

"That might sound very blasé and very macho to come across that way, we just want to win a game of bloody football, it is as simple as that.”

Except when Dublin is the opposition, nothing is simple.