And you can forget about the rest.

Someone may charge from the pack, as Tipperary did last year, yet when the business end of the Championship arrives, the biggest prize in Gaelic football will be handed out to one of the teams above.

While Monaghan, who held Dublin to a draw in this year’s League, may feel somewhat aggrieved by their exclusion, the bottom line is they have yet to reach an All-Ireland semi-final this decade, never mind a final.

Galway’s limitations were exposed by Tipp last year, Donegal have the capacity to spring an upset but not a series of them, while Kildare have a long way to go before they can be taken seriously.

At this point, it is worth recalling that in the build-up to the final round of league games, nobody seemed to want to qualify for a final against Dublin, especially as the previous three finals had seen Dublin defeat Kerry, Cork and Derry by a combined total of 37 points.

And then Kerry, who were in danger of being relegated after round six but ended up qualifying for the final after round seven, became the first team in two years, and 37 games, to defeat Dublin. 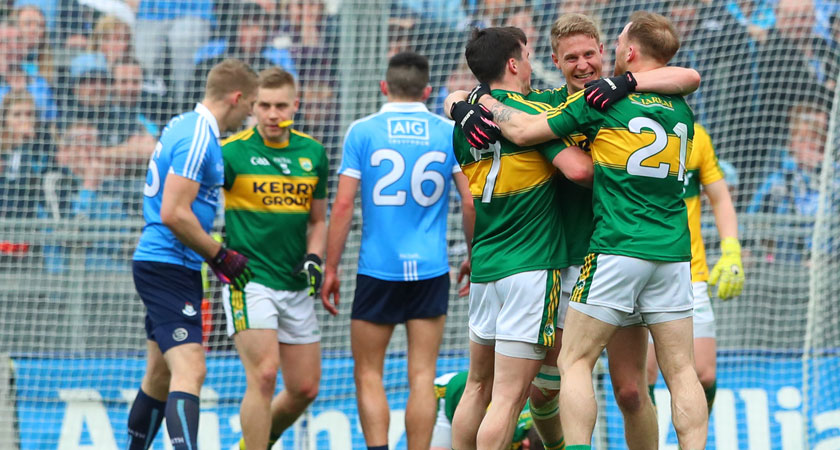 If Kerry can do it, why can’t everyone else? Mayo, Monaghan and Cavan, for example, all drew with Kerry in the group stage of the league.

“I don’t see how our defeat to Kerry boosts anyone else,” Philly McMahon, the Dublin defender, said.

Well, here’s how. For the first time since they lost to Donegal in the 2014 All-Ireland semi-final, Dublin have reason to suffer a little self-doubt.

Kerry, who used 34 different players in the League, the highest in Division 1, have every reason to be excited by the progress of new players Jack Savage, Ronan Shanahan, Jack Barry, Kevin McCarthy, Gavin Crowley and Adrian Spillane.

In the league final, Dublin suffered in those moments when Kerry’s players ran directly at them, Savage, McCarthy and Barry, all scoring vital points.

“The lure of three [All-Irelands] in a row must be strong for Jim Gavin and his players,” Colm O’Rourke, the pundit and former Meath star, wrote last October.

“If they really want it badly they will need to abandon next year’s league and just go after the big prize; no man, animal or engine could keep going as long as this group have been on the road, clocking up miles, games, injuries and trophies.”

Maybe this year is the time when one era ends and a new one begins. 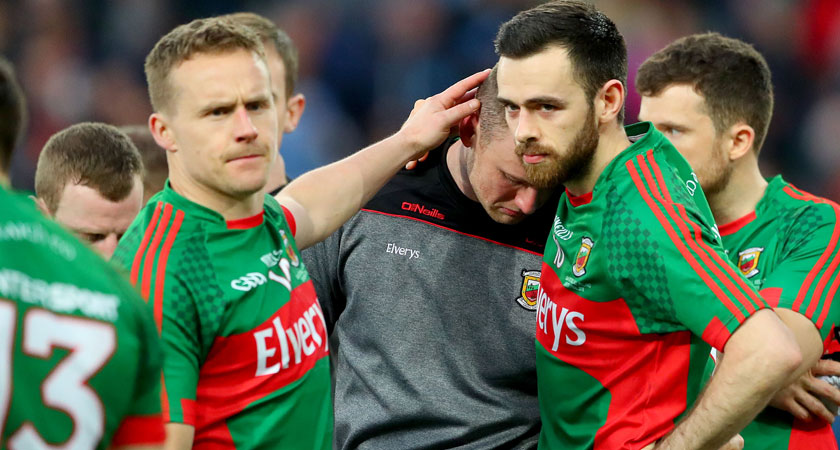 Could that era be Mayo’s? Former joint managers, Pat Holmes and Noel Connelly, don’t think so. “Mayo have been in 10 All-Ireland finals since 1989 and won none. That won't change until attitudes change," Holmes said in an interview with the Irish Independent.

"If some egos aren't checked and outside influences curbed, the problems will continue.

"Players have got to concentrate on playing football and being as ruthless as it takes to win.

"They've got to allow management to manage and keep outside influences away. If they don't, it's unlikely they will be successful.

"In time, memories of the trips abroad and all the other perks will fade and it won't matter how many Twitter followers you had during your playing days.

"The only question that counts for players on top teams is: have you All-Ireland medals? As of now, no Mayo player since 1951 can answer 'yes' to that."

This year that can change.

Despite the suggestion they lack heart, they actually have plenty of it. Chris Barrett continually defies injury; Keith Higgins defies time; Seamus O'Shea defies logic, holding down full-time work in Dublin as he regularly commutes home for training; Andy Moran defies the critics who say he is finished.

"If Mayo want to be considered in the same league, they must measure success in the same way, which is with the number of All-Ireland medals won.

"If they want to be different than Mayo players who have represented the county since 1951 and won Connacht medals, then they must take the next step."

This year – after an interminable wait – they finally can.