Mayo celebrate after their 2-14 to 2-8 victory over Galway (Image: Ray McManus/Sportsfile via Getty Images)

The Tribesmen looked in control as goals from Shane Walsh and Damien Comer helped them to a 2-5 to 0-6 lead at the interval.

Matthew Ruane added a second late on as Mayo ran out 2-14 to 2-8 winners to retain the title. 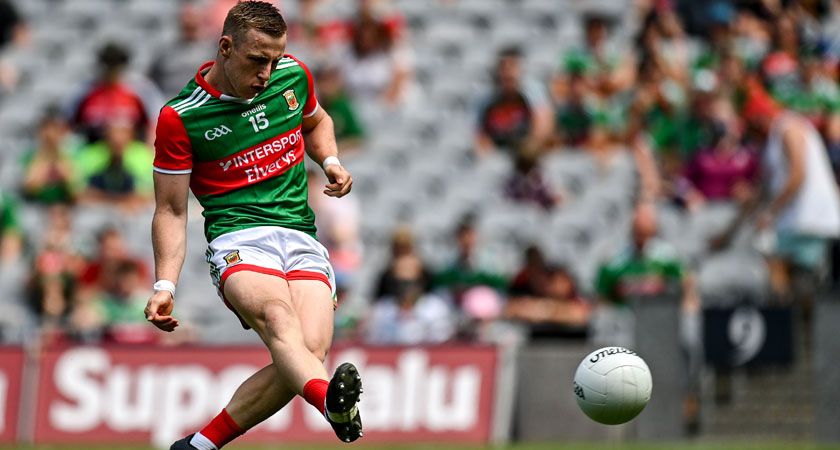 Despite Galway threatening to wrest the Nestor Cup away from Mayo and joining them at the top of the Connacht SFC roll of honour, Horan claimed not to be too concerned at the break.

Speaking to RTÉ Sport, he said: “We knew we weren’t a huge amount off. We just needed to tweak a few things, we got a chance to do that at half-time.

"The guys we brought on definitely made a difference. We managed to stretch ourselves and we back ourselves with our running power and fitness." 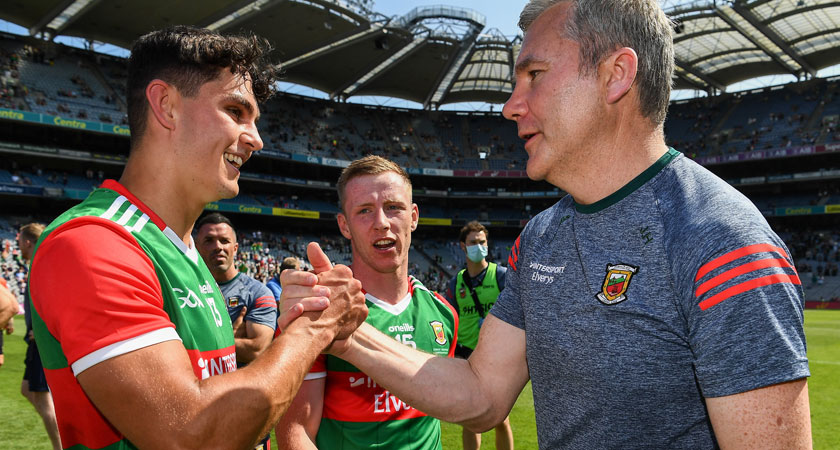 Certainly Mayo looked a different side in the second half, but they started the game in confident fashion with Ruane and O’Donoghue pointing as Galway struggled to settle.

Padraic Joyce's side eventually found their range and drew level through Walsh and Paul Conroy.

It was nip and tuck after that but when the ball rebounded off the post after 20 minutes, Walsh pounced quickest before smashing the ball into the roof of the net to give Galway the lead for the first time, 1-3 to 0-4. 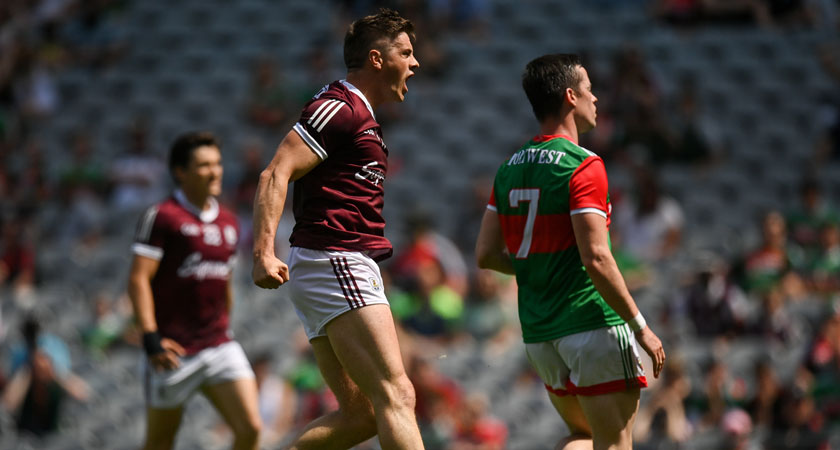 The scorer then turned provider as he squared it to Comer to extend the advantage with a powerful finish on 29 minutes.

That seemed to shock Mayo into life as they ended a 22-minute scoring drought with a Darren McHale point but the gap remained five at the break with Galway looking clinical.

Within seconds of the restart however Ruane was hauled down in the small square by Matthew Tierney and O’Donoghue swiftly dispatched the penalty.

It was the beginning of 1-6 without reply from Mayo, Tommy Conroy accounting for two of the points as Galway racked up the wides. 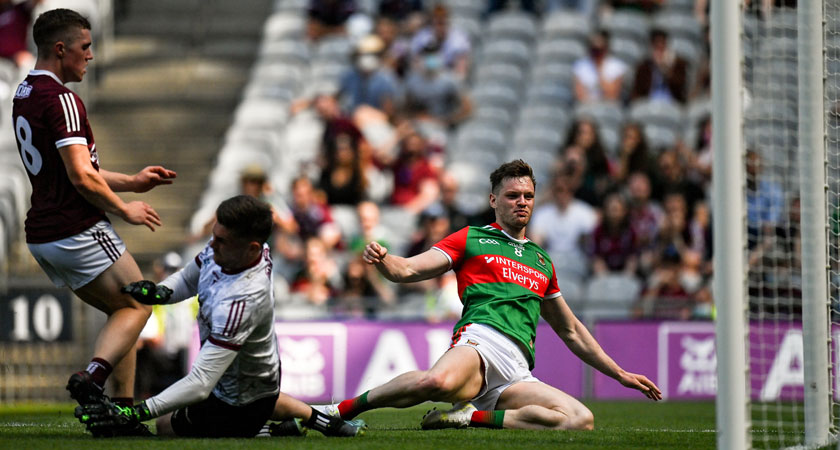 The game was into the final 10 minutes before a shell-shocked Galway opened their second-half account through a Tierney free on 62 minutes to make it 1-12 to 2-6.

He tacked on another soon after to reduce the arrears to two points, but Ruane landed a decisive blow on 67 minutes when he ended a fine run by slotting through Connor Gleeson’s legs to make it 2-12 to 2-7.