Two goals from full-forward Anthony Moriarty capped a controlled performance for a McDermotts side who created the better opportunities and ultimately, when they came their way, took them. 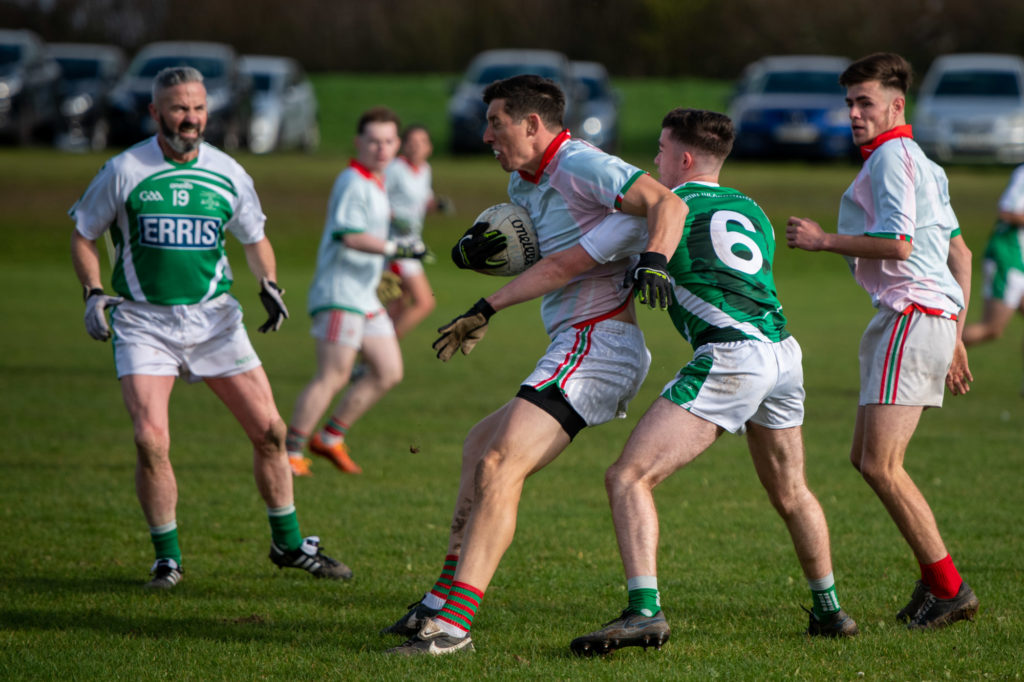 Given the torrential conditions experienced over the last few weeks this final was played on the upper pitch at Warwickshire headquarters, which may well be the very last game played there with the upcoming works on the new M42 spur road due to commence shortly.

It was the experienced heads in the McDermotts team that ultimately proved the difference in this final, the likes of Austin Bennett, Moriarty and Eamon Hanlon steering their young players around the field as they made the most of the wind advantage in the first-half. 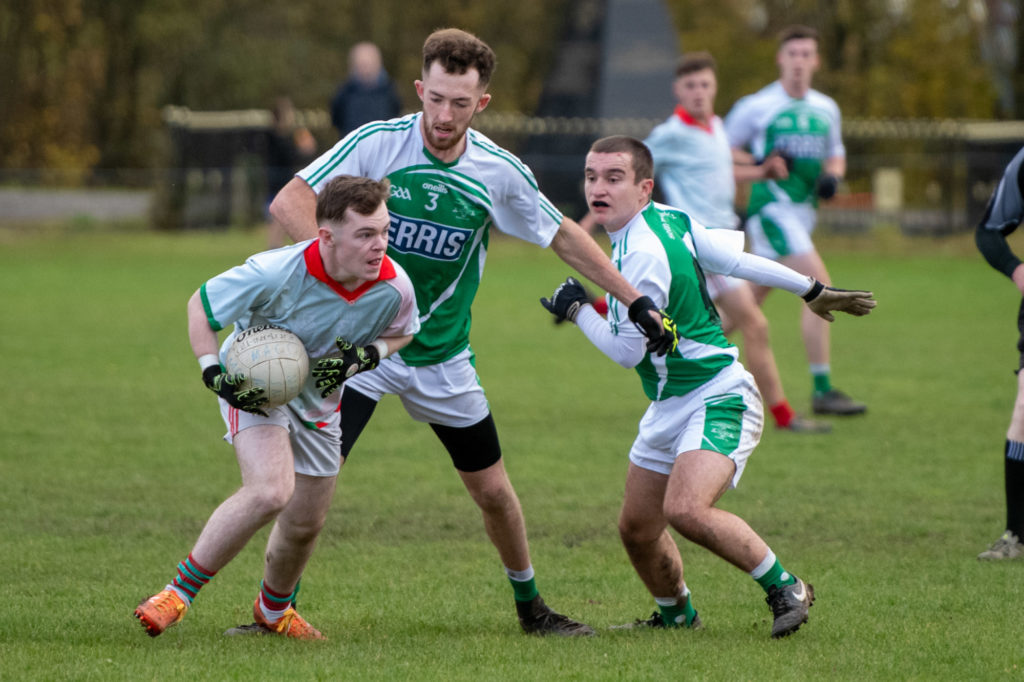 Moriarty got the McDermotts scoring underway before Danny Harkin tagged on another point, while at the other end Sean Mills landed a good score for St Brendans from open play.

Captain Pearse McMenamin then extended the McDermotts advantage before Moriarty fired home the opening goal of the game, a lofted side-line ball evading the clutches of Damien Baxter to squeeze under the crossbar. 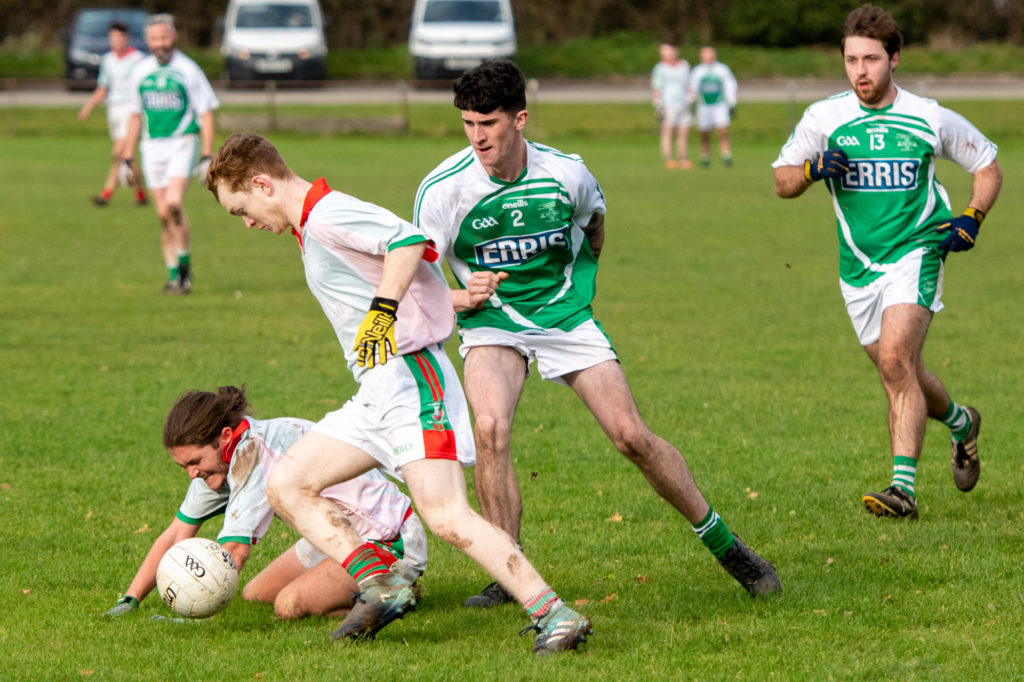 McDermott's force mistakes from St Brendan's who were under consistent pressure throughout the match (Pic: Chris Egan)

Bennett then linked up with Moriarty to slot over his first score of the match from opening play, while at the other end Brendans landed a much needed score through a Alex Lennon free.

With the conditions underfoot making it extremely difficult for either side to display any fluency on the ball, the McDermotts tactic of sending it long to bypass the mud was a sensible move and time and time again it enabled them to create scoring opportunities. 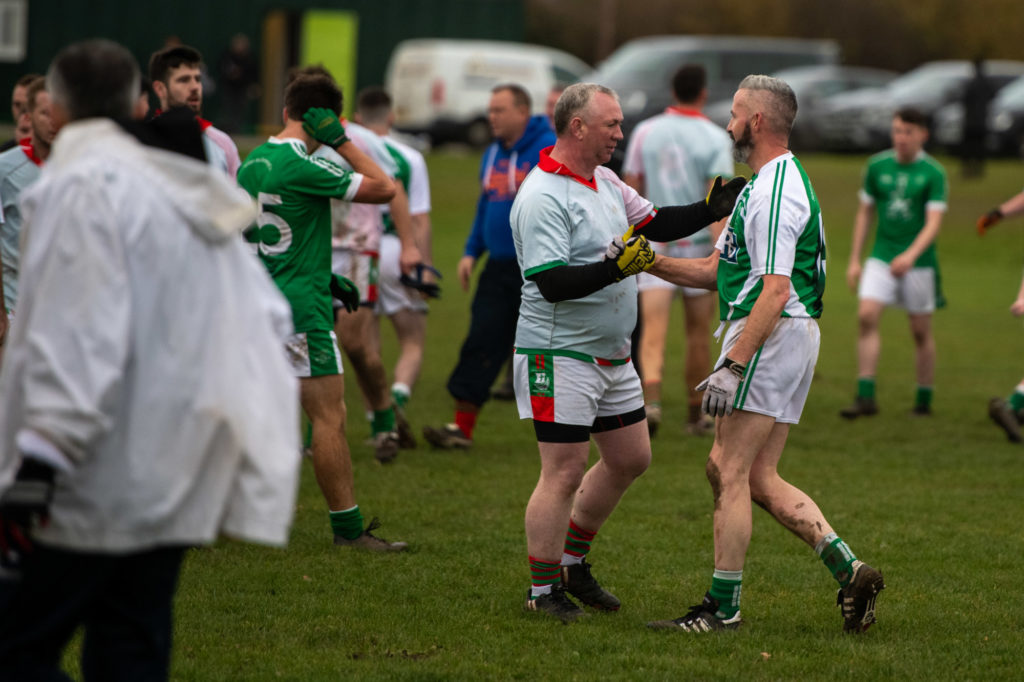 Players come together at the end of the match (Pic: Chris Egan)

Two more points from Moriarty (one free) helped them to move further in front before the full-forward popped up in a central location to steer home his second goal to all but end this final as a contest.

Had Sean Mill’s shot on goal veered under the crossbar as opposed to narrowly over, it might have kickstarted a Brendans comeback but the momentum remained firmly with McDermotts in a second-half of few opportunities. 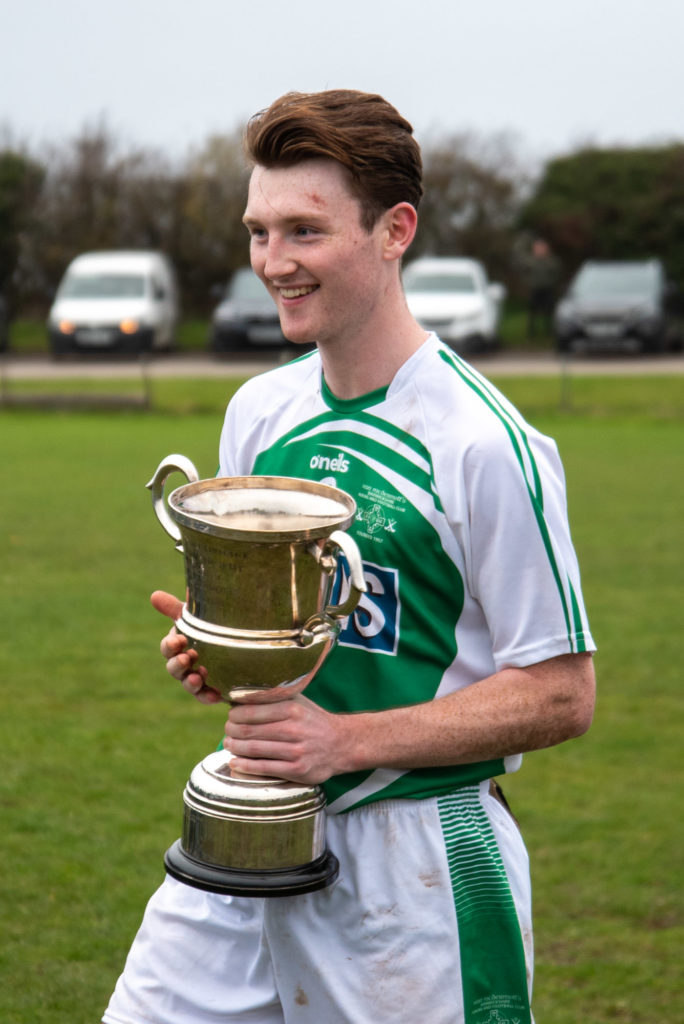 Lennon did strike a fine forty-five in the closing stages for Brendans but it was the captain who rounded things off for McDermotts, McMenamin placing a free between the posts to ensure the first of two pieces of silverware on Sunday afternoon for the Sean McDermotts club.

Darren Gleeson has been confirmed as Antrim's Senior Hurling Manager on a two year term with an option for a third year.