MICK MCCARTHY has announced the latest Ireland squad ahead of the crunch Euro 2020 'do-or-die' qualifier against Denmark.

There are returns for Burnely's Robbie Brady, Newcastle United's Ciaran Clarke and Sheffield United forward David McGoldrick, who missed the last month's fixtures against Switzerland and Georgia through injury.

Tottenham Hotspur youngster Troy Parrot has been handed his very first call-up amid a rich vein of form for Spurs' youth side.

Parrot's Under-21 teammate Lee O’Connor of Celtic has also been included in the squad, by virtue of being suspended for Ireland's youth team. 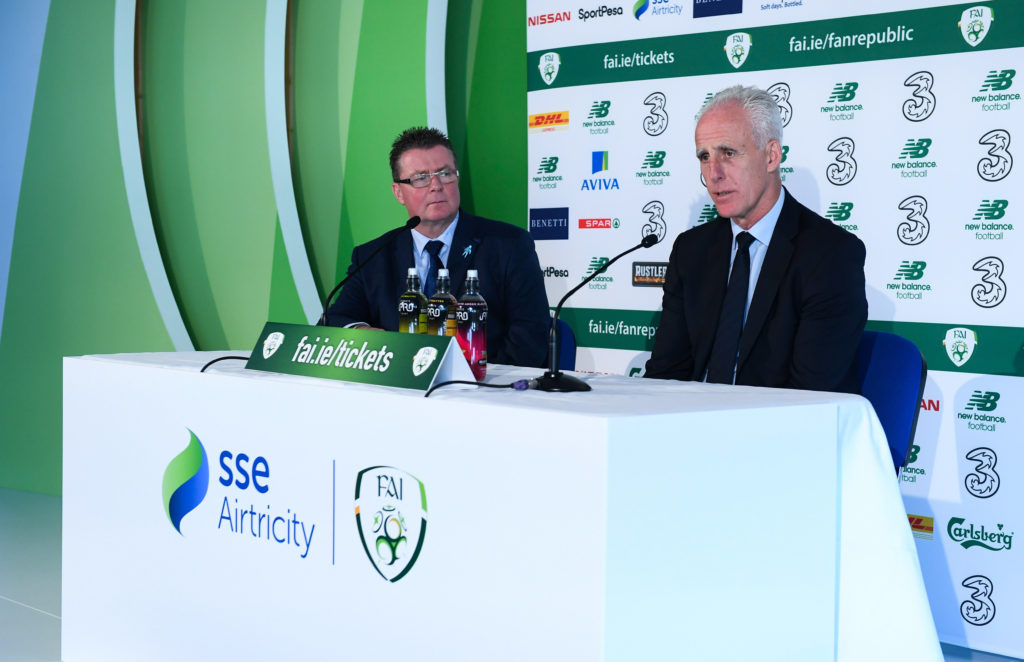 Ireland will face New Zealand in a friendly just four days before their match against Denmark, which will either make or break their hopes of qualifying for Euro 2020 next summer.

McCarthy noted that the match against New Zealand will give him a good opportunity to asses some of the fledgling players in and around the Irish setup.

Speaking about O'Connor, he said: "This is the perfect opportunity to have a look at him and introduce him to senior international football.

"I’ve been impressed with him for the 21s and I know how important he is to them for that Sweden game so this is a win-win for all concerned."

The Ireland boss later confirmed that both O'Connor and Parrot will feature against New Zealand, and urged the Tottenham youngster to look to Brighton's Aaron Connolly as an example of how to make a case for a more permanent place in the squad.

"Troy Parrott is in the squad for the first time and will feature against New Zealand.

"All he has to do is look at how well Aaron Connolly did in Georgia and Switzerland to see the opportunity that is there for him now."

Elsewhere, midfielder James McCarthy has asked not to be included in the squad due to personal reasons.

The squad to face New Zealand and Denmark is listed below:

Stephen Kenny unhappy as "blatant penalty" not awarded to Ireland