Momentum building ahead of 2016 All-Britain Competition in Greenford

The event is expected to attract almost 2000 youth participants from schools and GAA Clubs all over England, Scotland, and Wales with an invitation cross-community Ulster team, Cúchulainns, also participating.

Once again, the tournament will be graced this year again by the presence of the Liam MacCarthy and Sam Maguire Cups, while there will be an extra day of competition.

The presence of the two cups resonates deeper than the notoriety of their names as they highlight the enormous contribution of the GAA community in Britain in the development of the organisation.

Indeed, many may be surprised to know that the GAA contributions of both Sam Maguire and Liam MacCarthy were made almost entirely in Britain.

Brendie Brien, Secretary of the Provincial GAA Council of Britain, is proud to see the number of youths playing Gaelic games in Britain grow on an annual basis.

“We are enormously excited about this year’s All-Britain Competition, a tournament that is going from strength to strength," he said. “Because of its popularity this year we have extended the tournament by an extra day. 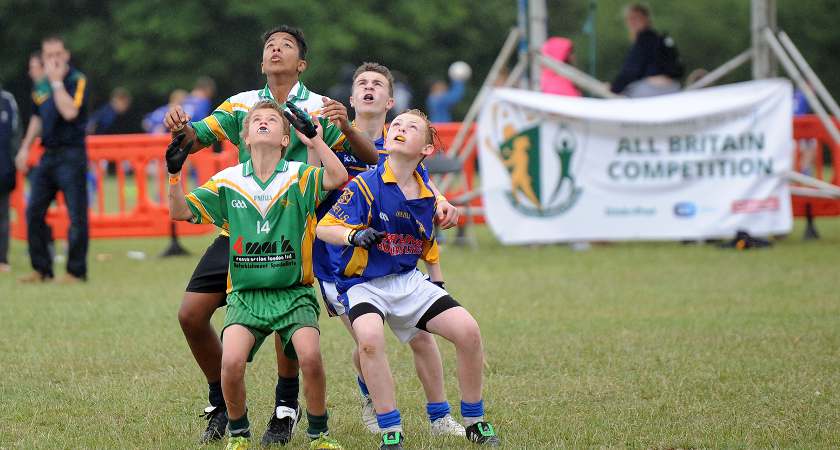 
“It is wonderful to see the youth of Britain thrive through Irish sports. We are also delighted this year to welcome a new London team, Gael Londain – who were formed by four rugby coaches from London Irish RFC – demonstrating how Gaelic games in general are going from strength to strength and also showing the importance of cross sporting community support between two codes.

“In the 100th anniversary year of the 1916 Rising, nothing could be more positive than that, and it is something we are proud of. We are extremely grateful to our main sponsors, The Irish Post, O’Neills Sports and the ESB and we hope that the community will come out to support this wonderful occasion.”

We pride ourselves on our outstanding local and national GAA coverage so we are hugely excited to once again team up with the GAA, O’Neills and ESB for this event, which will showcase everything that is positive about the Irish community in Britain.

Music and dance will again be included at this year’s festival, with the support of Comhaltas Ceoltóirí Eireann, who will play on the Friday and Saturday nights.

Their music, when combined with Ireland’s great sporting tradition, mirrors some of the great cultural gatherings of Ireland’s past, a tradition going back many centuries to the time of the first Tailteann Games at the Hill of Tara almost 2,000 years ago. 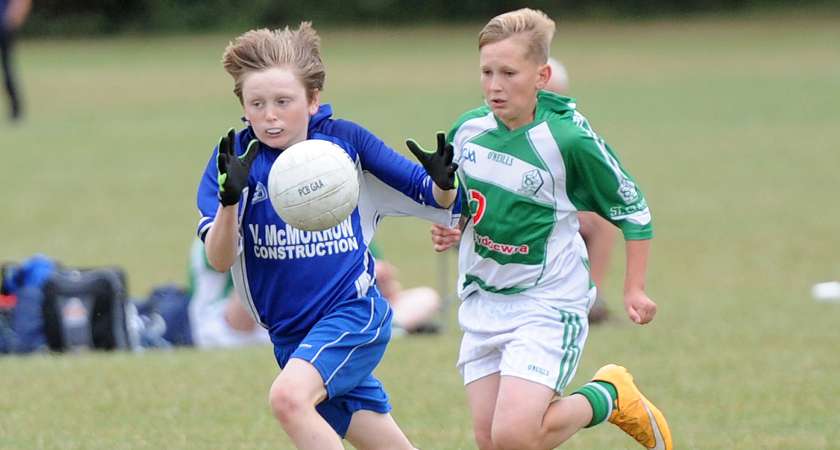 The very essence of the GAA is a continuance of that cultural tradition that goes into the ages of Ireland’s past to rekindle and preserve that spirit for future generations. Central to that spirit is, of course, not just sport, but music, art, poetry, craft, language and dance, which the inclusion of Comhaltas at the ABC tournament recognises.

We are, as always, delighted to support the 2016 ABC Tournament – the addition of an extra day this year to make it a 4 day event gives an even greater window of opportunity to bring young people from Clubs from across the country together. As per previous years O’Neill’s will be operating a merchandise stall at the event for all those interested and we look forward to seeing you all there.

Many of the participants in the ABC Tournament will not be born in Ireland or even be of Irish heritage, but they are attracted to the benefits of all that is great about Irish culture and its great sporting tradition. Indeed, the host club, Tír Chonaill Gaels, have a full team of English-born players.

The importance of the ABC tournament can be demonstrated by those attending from GAA Headquarters in Croke Park. At this stage it is anticipated that those present will include: Aogán Ó Fearghail, President of the GAA; Michael Hasson, President of the Council of Ulster and Vice-President of GAA; Helen O'Rourke, CEO Ladies Games; Pat Daly, Director of Games and Frank Burke, Head of Coaching and Games.

The games will also be attended by Irish Ambassador Dan Mulhall and Celine Byrne of the Irish Abroad Unit, Department of Foreign Affairs.

ESB is delighted to support the GAA in Great Britain. We have a long tradition of supporting communities and the ABC tournaments epitomise community spirit and engagement. We are looking forward enormously to this year’s competition and the opportunity it gives to the younger players in particular who are the future of the sport and in maintaining the connection with Ireland.

The Games Schedules for this year’s tournament are as follows: