Neil Lennon, manager of Celtic during the Ladbrokes Premiership match between Hibernian and Celtic at Easter Road on April 21, 2019 in Edinburgh. (Photo by Mark Runnacles/Getty Images)

Celtic manager Neil Lennon says his side can cash in if Rangers’ approach to Sunday’s Old Firm game mirrors their efforts last time out.

Rangers striker Alfredo Morelos was sent off at Parkhead at the end of March for clashing with Scott Brown and Andy Halliday received a second yellow card after the final whistle.

On-loan Liverpool winger Ryan Kent lost his appeal against a retrospective two-game ban for lashing out at Brown during the game which was missed by the officials at the time.

Lennon said: "It's not my problem that they have a huge disciplinary problem and if it manifests itself again on Sunday then we will try to take advantage. 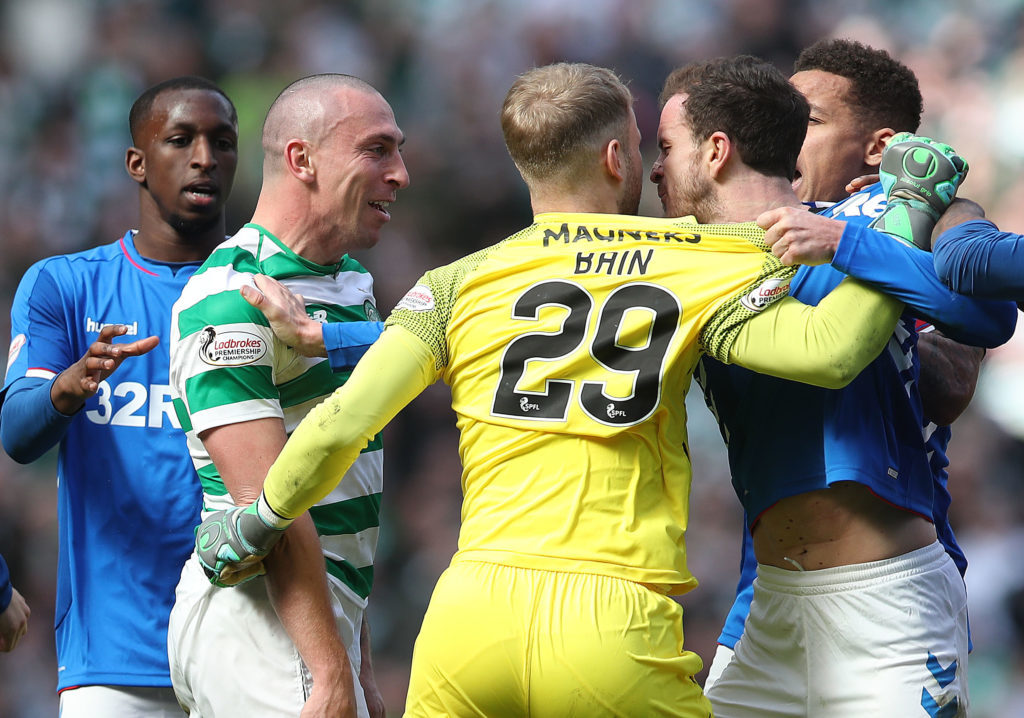 GLASGOW, SCOTLAND - MARCH 31: Scott Brown of Celtic and Andy Haliday of Rangers square up during The Ladbrokes Scottish Premier League match between Celtic and Rangers at Celtic Park on March 31, 2019 in Glasgow, Scotland. (Photo by Ian MacNicol/Getty Images)

“They did (target Scott Brown) and they did after the game as well.

"Scott Brown's a veteran of these games, he has been here 12 years he has played over 500 games. I don't need to tell Scott Brown how to manage himself through a game of football, he does it very well and the bigger the game the more he enjoys it.

Steven Gerrard's side have accumulated 12 red cards this season and he knows that is an area they will need to address if they are to push the champions closer next year.

“As manager of this team I do everything I can to support the players," he said.

“I don’t know the exact numbers of games or minutes but we’ve had too many good players missing for important parts of the season.

“If we don’t improve our discipline I predict we could have a similar season to the one we’re having next year.”