CELTIC manager Neil Lennon has banished any talk of nine-in-a-row amongst his squad as they kick off their league campaign against St Johnstone at home this weekend (Saturday, 3pm).

The Hoops boss returned for his second stint as manager last season after the sudden departure of Brendan Rodgers to Leicester City.

Lennon’s immediate brief was to close out the domestic season with success in all three competitions – and he was given no assurances about his own future up until that point.

Now, with that milestone out of the way, his focus is on building on the solid foundations already in place and keeping the club ahead of the chasing pack. 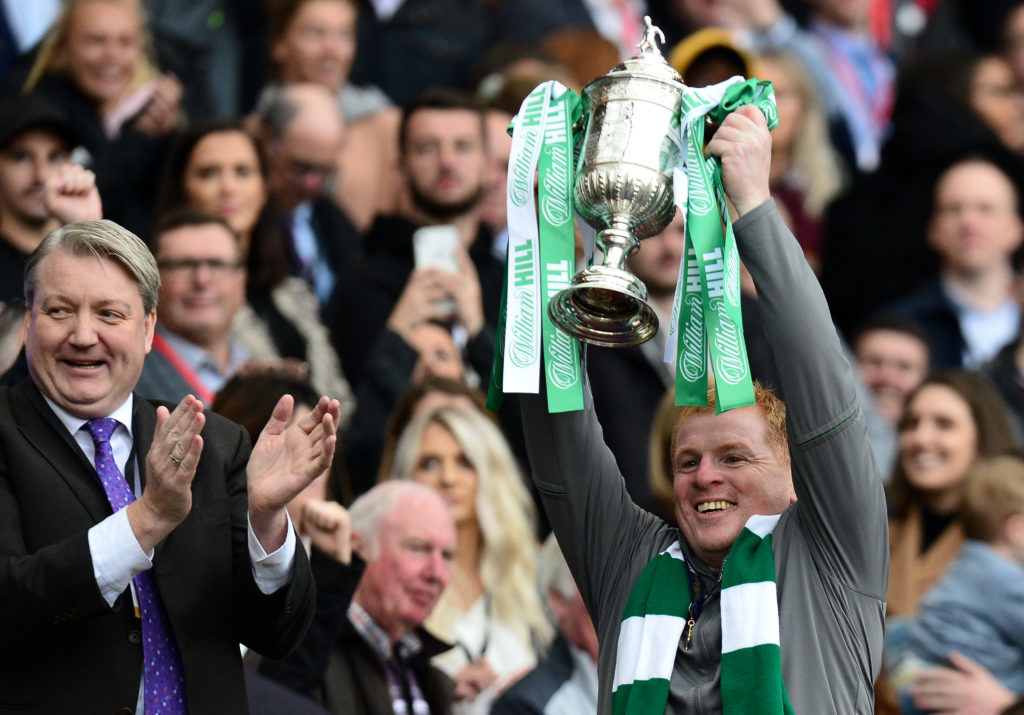 Neil Lennon, manager of Celtic poses with the Scottish Cup at the final whistle during the Scottish Cup Final between Heart of Midlothian FC and Celtic FC at Hampden Park on May 25, 2019 in Glasgow, Scotland. (Photo by Mark Runnacles/Getty Images)

He said: “I don’t know if the league is tougher than when I managed here the first time round. Rangers were very strong in the first two seasons.

“People will say it’s a two-horse race. But the likes of Aberdeen, Hibs and Hearts will want to have a say in it as well. On any given day, if you are not right at it, they can take points off you.

"Anyone in the division can. We’ve seen it many times over the years. And our rivals have good managers as well, who are shrewd and canny.”

He admits to feeling the pressure at various stages in the second half of the season with his own future being a constant source of speculation.

“In terms of noise, I have learned as I have gone along in football that you can’t control the uncontrollables,” he said.

"I used to get agitated by stuff, but things like that are out of my control. We had all the talk of the treble Treble. That got very, very wearing towards the end of the season on the players – as you can imagine.

"Every time we were going into games, there was always the talk of treble Treble. Hibs away – oh, this could be it. Lennon’s first game back in the Cup. Aberdeen in the semi-final. Rangers – if you lose this, he could lose his job.

“There was all that. Not just on me, either, but on the players as well. We were on the cusp of history. They were going to do something that hadn’t been done before and in every press conference it was mentioned, which, to be fair, is understandable.

He added: “This year will probably be no different. But we’ve just got to keep a perspective on things from there.

"The priorities are getting into the Champions League, which would be fantastic. A great sort of foothold in the season.

“And then the main priority is the Championship, which is the same every season. It’s just the next one. The most important one is always the next one.”