NEIL LENNON is subjected to vile abuse everyday simply because he's Irish, Catholic and played for Celtic, his agent has claimed.

Hibernian boss Lennon was struck by a coin amid ugly scenes during Wednesday's goalless Edinburgh derby against Hearts at Tynecastle.

Lennon was previously assaulted in the technical area of the same ground while managing Celtic in 2011, and outside football the Co. Armagh native has been knocked unconscious in the street and even sent viable parcel bombs by sectarian thugs.

His agent Martin Reilly has now called for action after the latest attack on his client.

Reilly told Clyde 1 FM: "These things have been going on since he came to Celtic in 2000. When he made his debut against Dundee at Dens Park basically nobody knew who he was then. He was targeted from the first kick of the ball. 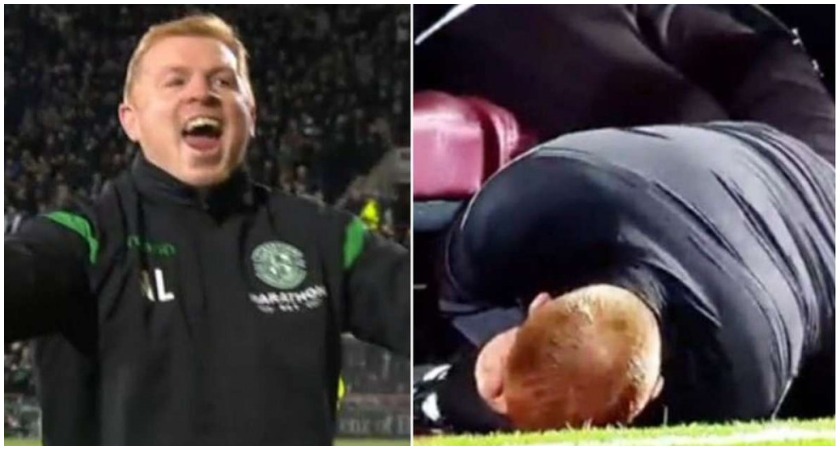 Hibs boss Lennon was struck by a coin after an exchange with Hearts fans on Wednesday (Image: Twitter)

Reilly rejected claims made by Partick Thistle boss Gary Caldwell, himself a former Celtic defender, following Wednesday's incident that Lennon "brings a lot of it on himself".

Seconds before the 47-year-old was struck in the face by a pound coin, he was seen gesturing to Jambos fans to calm down after their team had a goal disallowed.

"For [Caldwell] to come out with that statement, basically saying that he brings it on himself, for me is just absolute nonsense," Reilly said.

"He doesn't bring it on himself, he reacts to things that are given to him. If he gets abused for 90 minutes, are you trying to say that he can't turn round and cup his ears... it's basically banter.

"Outside of football he is sectarian-abused every single day of his life".

Reilly added: "He brings it on because he's Irish, he's Catholic, he played for Northern Ireland and he signed for Celtic. 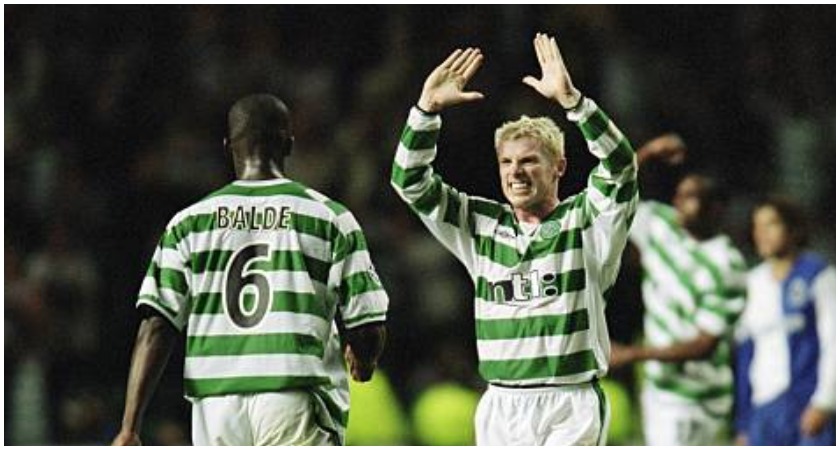 Lennon, 47, has been subjected to physical and verbal abuse since his Celtic debut in 2000 (Image: Getty)

"He had 39 games for Northern Ireland before he came to Celtic and wasn't abused once. As soon as he signed for Celtic, it started."

Later that year, Lennon was attacked in the dugout by a Hearts fan - three years after he was knocked out in an attack by two Rangers fans on a Glasgow street in 2008.

After this week's incident at Tynecastle, graffiti reading "hang Neil Lennon" was discovered on a wall in Edinburgh.

Reilly said football in Scotland will "suffer" if sectarian abuse is not stamped out from the game "very, very quickly".

He added: "Another Neil Lennon in five years maybe coming to Celtic might look at it and think: 'I'm not doing that, I don't fancy putting my wife and kids through that for the next 10 years'.

"Two weeks ago we are all holding red cards about racism and that should not be in society, never mind football. But sectarianism is the exact same thing, and we don't talk about it. It needs stamped out of Scottish football."

By: Dr Joseph Bradley and Dr John Kelly  -  2 years ago