FROM the ‘Irish Warrior’ of competitive karate to the bantum-weight from Belfast, boxer Cathy McAleer had won three world championships and drawn a fourth before switching to professional boxing.

As with many sports professionals, McAleer has encountered her doubters, barriers and frustrations along her sporting career, but none of these have stopped her getting to where she wants to be.

On switching to boxing in 2018, her eyes are very much set on a world championship belt.

The Covid-19 pandemic and lockdown may delay this ambition, but it won’t stop it.

“I also drew for a K1 world championship as well”, she adds, regarding her achievement in a sport that combines the best of karate, kung-fu and kickboxing.

“Frustrated and waiting to get the rematch, I was waiting nearly three years and the rematch never happened,” she explains,  “I felt that I was never going to get the opportunity, with the opponent not wanting to fight me, and there was not a lot to go for within the sport."

It was at this point, and at the age of 38, that she made the move to becoming Northern Ireland’s only female professional boxer. 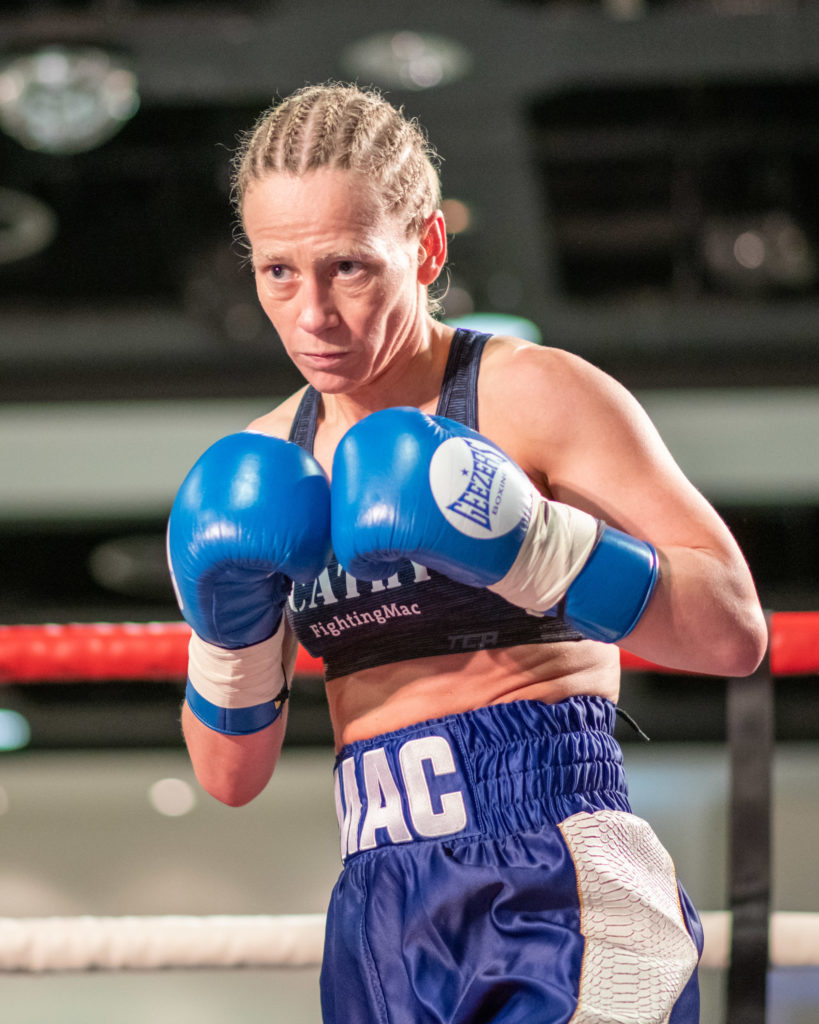 Cathy McAleer was a karate champion before turning to boxing

“It was my original karate tutor that first taught me when I was only 8 that came to me and said I think you need to finish your career in boxing,” she explains.

Using her contacts in the sporting, TV and media arenas, McAleer was introduced to Northern Ireland-based boxing coach, John Breen.

However, Breen had never coached or managed a female boxer.

And when the pair first met he told McAleer “I don’t really train women, I have never trained girls”.

“I thought, oh God he is not going to train me,” McAleer admits, adding that after their initial training session, where Breen put her through her paces, she still did not really know if she was going to be taken on.

Thankfully a text from Breen, which arrived at 11pm that same evening, put McAleer out of her misery, confirming that she was going to be part of his stable. 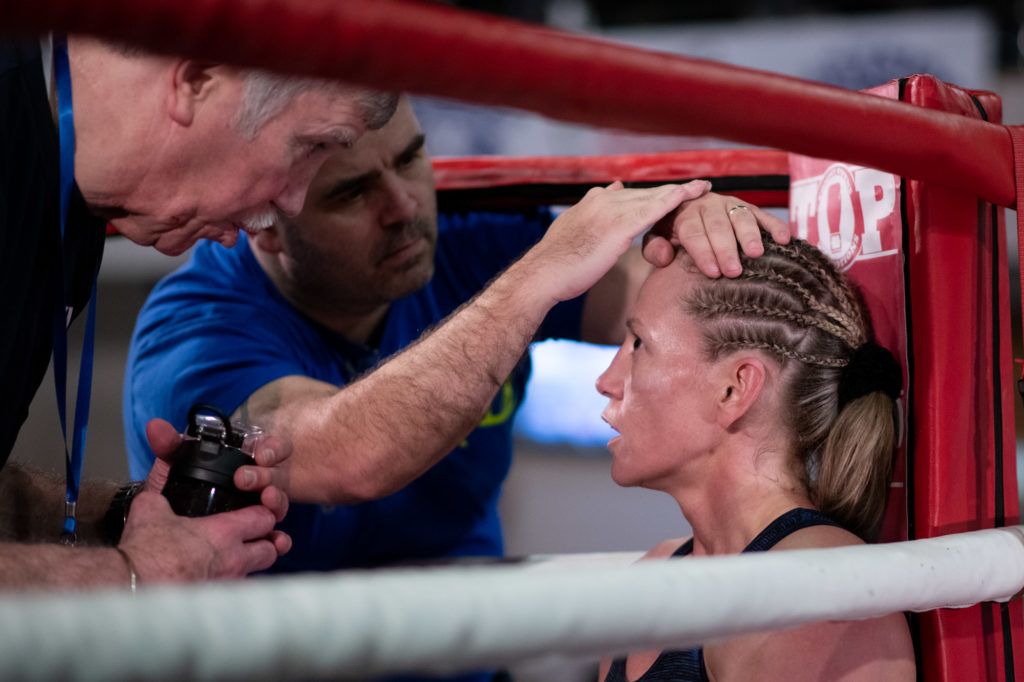 Breen was going to take her on, with both having a shared aim of achieving a world title.

Within six months McAleer had her first fight against the more experienced Bulgarian Teodora Hristova, which took place in November 2018.

McAleer went on to win this match, but in many ways it was a difficult fight.

The Belfast boxer felt she had lost her game plan during the match – during which she suffered a head cut, following a clash of heads, and knew that in making her debut all eyes were on her.

Fortunately for McAleer, she did impress, and the nerves, loss of game plan and pressure she felt was not on show to her training team, nor the audience watching.

Fast forward to February 2020 and McAleer had signed with a new manager, Kellie Moloney, who famously steered Lennox Lewis to a world championship, and she was due to fight Hristova for a second time in Birmingham.

Winning on points, McAleer had now achieved four wins in four fights and the game plan to challenge for a world championship was on track. 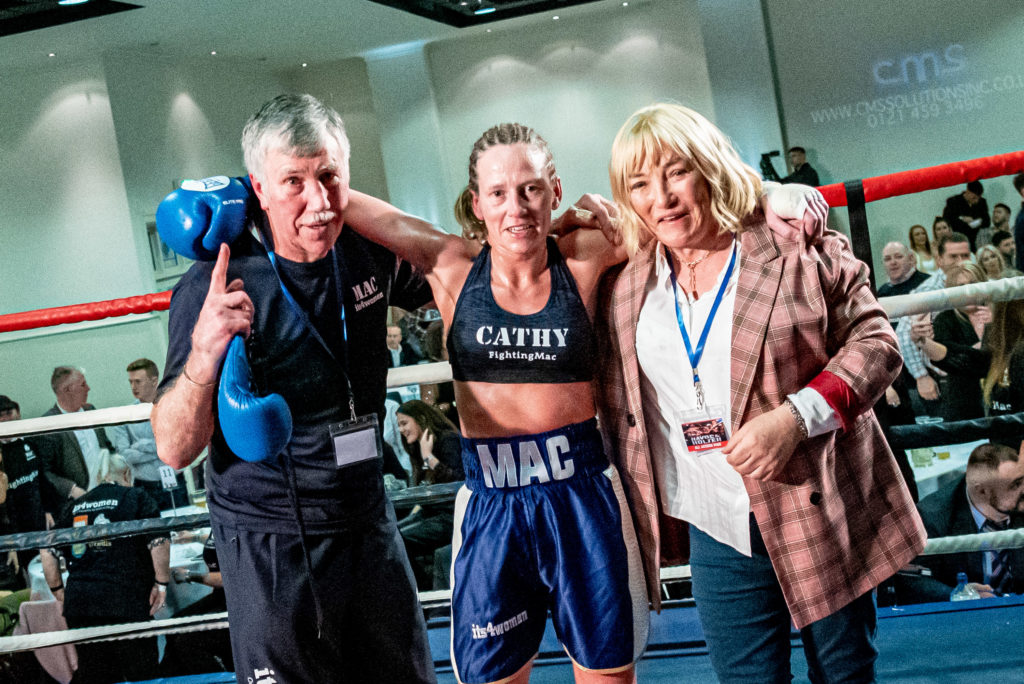 Following the Birmingham fight, Moloney told The Irish Post she was impressed with McAleer’s work in the ring and the convincing fight she had given.

“After the Birmingham fights the plan then was to have a fight back in Ulster. Kellie wanted to make sure I was learning and improving as I went along”.

In the middle of a training camp in April, with McAleer ready to fight on Good Friday, the boxer was in Birmingham, training with John Pegg.

Pegg, who is best known as the trainer for former British, Commonwealth, and European champion Sam Eggington, was putting McAleer through a tough programme, making sure, physically, she was match ready.

But within a week of that training starting, her whole life was turned upside down.

Britain had started to go into lockdown and international travel was becoming more difficult.

Stuck in limbo in Birmingham, McAleer remembered: “I was in a small studio apartment, with just a bed and a kettle, thinking what if I get stuck here, I don’t know anybody, all the pro fighters were training and going back to their homes and I was going back to the studio room I had”.

“Then I got the call from John [Pegg] that the gym in Birmingham would have to close and I came home to Belfast.”

The pandemic not only impacted McAleer’s sporting life, but her businesses too.

“I run my own fitness studio and my own team in martial arts, karate schools and a beauty business, so I had to close everything because I am self-employed,” she explained.

“Sitting at home, not knowing what is going to happen, being self-employed with no income coming in, I was lucky that my sponsor, who has stayed with me, has supported me through this period,” she admits.

Now, eleven weeks into lockdown, restrictions are starting to be lifted and there does seem to be a glimmer of hope that life may return to some kind of normality in the future.

Talking about her plans coming out of lockdown, McAleer explains that Maloney has been in contact with her every week, as has her sports physiologist, to ensure her training and focus is being maintained.

“I am lucky that I have a studio at the house and the team have been supporting me,” McAleer says.

“The support I am getting is giving me the positivity that I need, knowing that the team is all still behind me”. 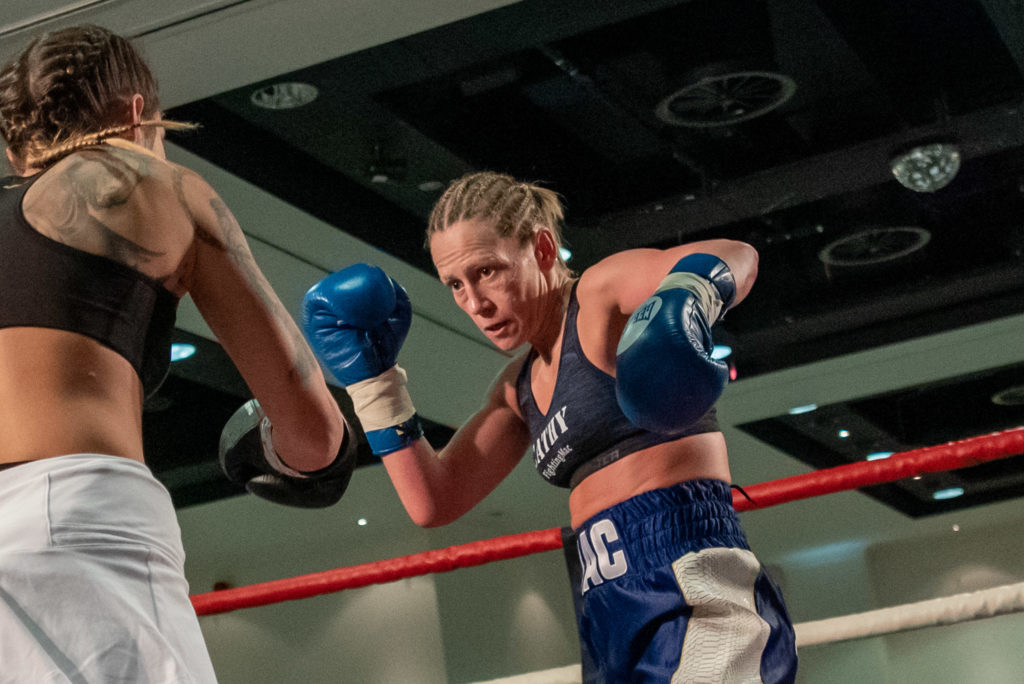 During lockdown McAleer has also taken her businesses online, developing her own website and the related apps, and expanded her client base.

The sports star has developed more than 21 classes per week, which include corporate training programmes as well as four Irish dancing classes, supporting key skills such as strong legs, quick movement and strong alignment.

Now she has her eyes set on a potential fight in September and is eagerly awaiting the reopening of training camps so she can start to prepare fully.

“The aim is to fight in September this year, if that does not happen it will be probably October or November time,” she confirms.

“Fighting behind closed doors with no fans would be the worst situation,” she adds, “it would be so hard, it would be unusual to fight with no crowd where there is just you and the opponent.

“It would be a strange atmosphere, but as a 41-year-old fighter, and the short window I have, I would do that to get to where I want to get to,” she adds.