On this day in 1989, 96 football fans lost their lives at Hillsborough

Flowers, shirts and photographs surround the eternal flame of the Hillsborough memorial at Anfield in Liverpool, north west England on April 14, 2021, the eve of the 32nd anniversary of the Hillsborough football stadium disaster in which 96 Liverpool football fans were killed during a FA Cup football tie. - Liverpool supporters have been asked not to gather in memory of the 96 victims of the fatal crush at a FA Cup football tie between Liverpool and Nottingham Forest at Sheffield's Hillsborough stadium on April 15, 1989. (Photo by Paul ELLIS / AFP) (Photo by PAUL ELLIS/AFP via Getty Images)

ONE OF football's darkest days.

On this day in 1989, 96 football fans lost their lives at Hillsborough.

During an FA Cup semi-final between Liverpool and Nottingham Forest, fans were physically crushed after police opened an exit gate, which led to an influx of supporters to the pens.

94 people lost their lives on the day, and a further two people died as a result of injuries suffered on the day after the incident.

A number of Irish people and people of Irish descent were among the victims on the day, and dozens of those who died were aged 18 or younger.

A narrative quickly emerged from the media that it was drunkenness or dangerous behaviour on the part of the fans that caused these deaths, though an inquest jury found in 2016 that the fans played no role in causing the tragic incident. 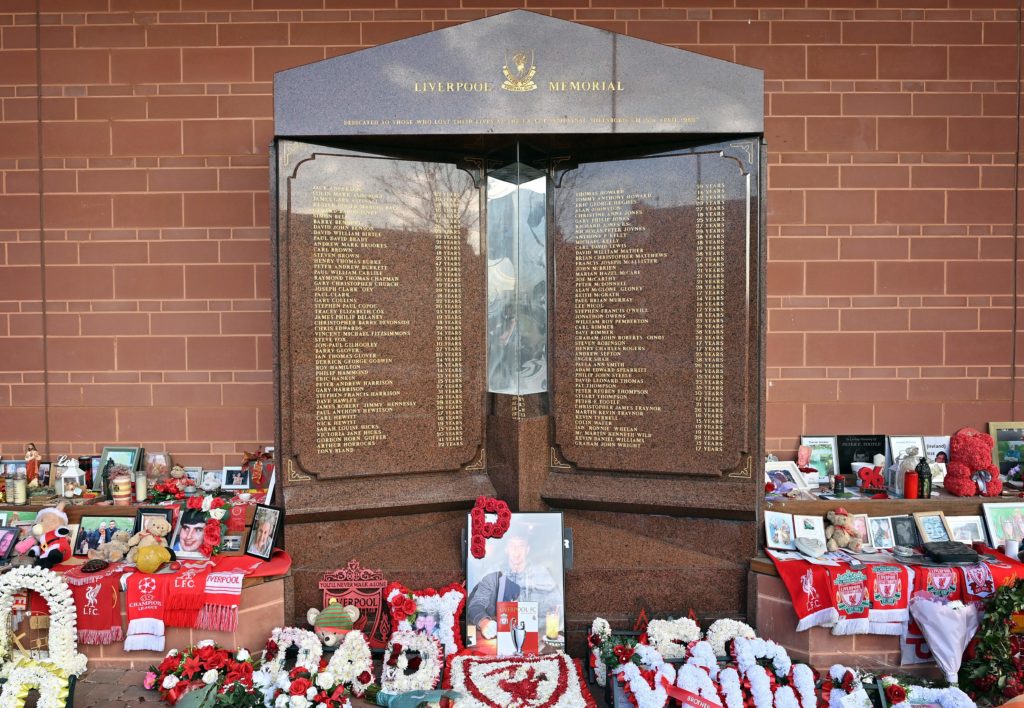 In a brief statement shared on Thursday, Liverpool said: "Liverpool Football Club remembers the 96 supporters who died at Hillsborough, on the 32nd anniversary of the disaster.

"As a result of the events on April 15, 1989, at the FA Cup semi-final between Liverpool and Nottingham Forest, 96 children, women and men lost their lives.

"For more than three decades, the bereaved families and survivors of the tragedy have demonstrated remarkable courage, dignity and resilience.

"In April 2016, an inquest jury concluded that the 96 were unlawfully killed and that no role was played by the supporters in causing the disaster.

"Our thoughts, as always, are with all those affected by the tragedy at Hillsborough and the 96 fans who will never be forgotten."

In last night's Champions League game against Real Madrid, Anfield saw a minute’s silence observed prior to kick-off to remember the 96 fans who died as a result of the events.

The team also wore black armbands as a mark of respect, and tributes were displayed on LED boards surrounding the pitch and within a commemorative edition of the matchday programme.