FRANK Lampard’s Chelsea are in Dublin this week to play two pre-season friendlies in front of a sell-out crowd at Bohemians and St Patrick’s Athletic.

To most this will not come as a shock. If you pass through Dublin airport on a Friday morning, during the football season, you will see hundreds of fans waiting to board flights to Britain to watch their favourite teams play.

Hence, it’s hardly a surprise, then, that some 15 per cent of overseas visitors to English football are said to be Irish. 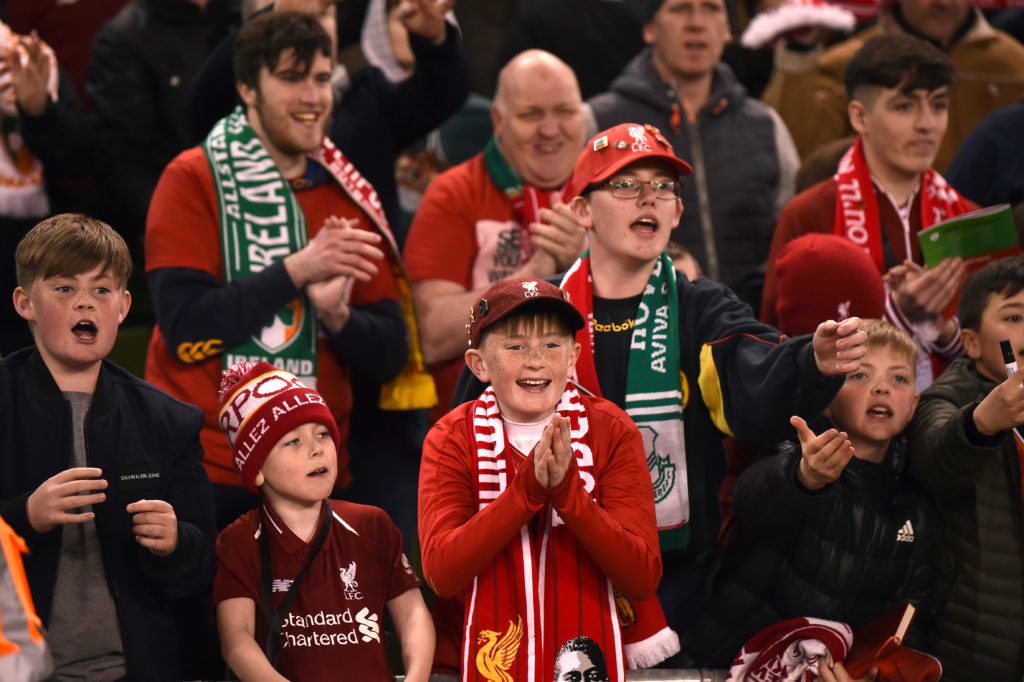 Dublin , Ireland - 12 April 2019; Supporters watch on during the Sean Cox Fundraiser match between the Republic of Ireland XI and Liverpool FC Legends at the Aviva Stadium in Dublin. (Photo By Stephen McCarthy/Sportsfile via Getty Images)

That’s why this trip to Dublin is so attractive for Chelsea. With Liverpool and Manchester United the main football clubs followed in Ireland, Chelsea’s marketing department probably feel like they have some catching up to do across the water, which is a considerable market when you consider the potential shirt and merchandise sales along with tickets.

Indeed, after all, Ireland is a sporting country. GAA matches pull in 80,000 crowds at Croke Park. 50,000 fill out the Aviva Stadium to watch Ireland play rugby.

Meanwhile, at the Irish Open, last weekend, around 100,000 headed to Lahinch in Clare to watch the golf. All big numbers for a country of just under 5 million.

But, at the same time, it does make you wonder why the League of Ireland has suffered so much with low crowds in recent years, especially when people have more disposable income today than they did in the 1950s, when Irish league attendances were at their highest and, too, when football is more popular now than ever. 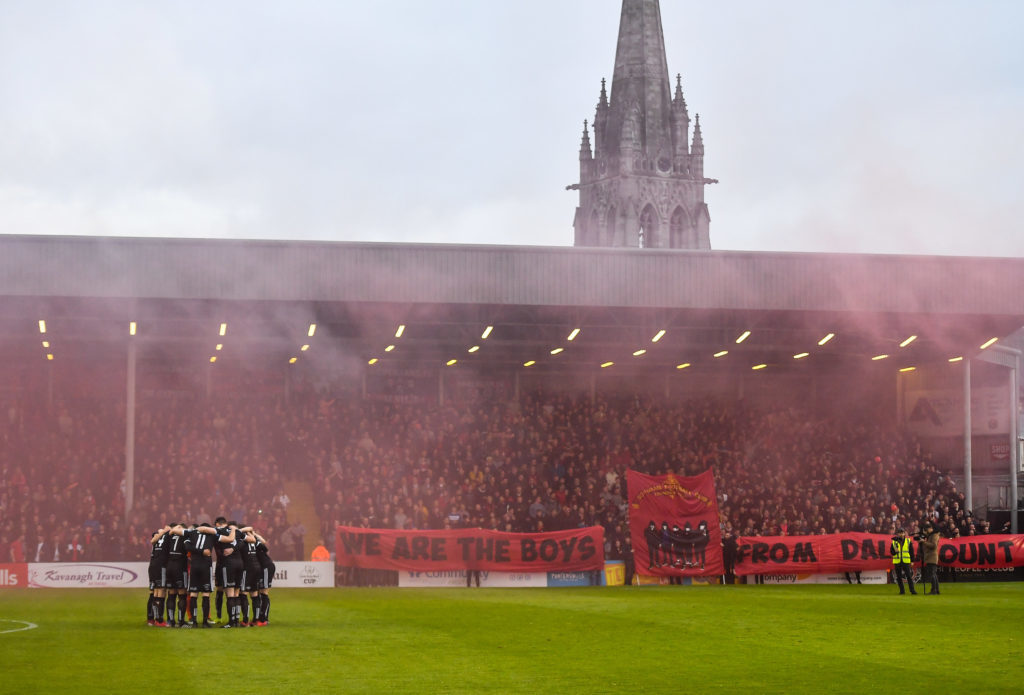 Bohemians players make a huddle prior to the SSE Airtricity League Premier Division match between Bohemians and Shamrock Rovers at Dalymount Park in Dublin. (Photo By Seb Daly/Sportsfile via Getty Images)

Although, in England, lower league attendances have increased in the last 30 years, it does seem like the rise of the English Premier League is at the root of the plight of domestic football in Ireland.

Being close to Britain, Irish football fans have certainly been consumed by the prestige of the English game and its marquee managers, stadiums and players in the last few decades. You can see that in the huge interest in these two Chelsea matches.

Usually, league tickets for Bohemians and St Pats matches are €15, which they fail to sell out most weeks. However, the two friendly games against Chelsea were priced at €30, double the normal price, but have all sold out.

That shows, for a league lacking in exposure and glamour, these kind of pre-season matches against English opposition should be happening on a much more regular basis. Of course, it’s easier said than done, but the knock-on effect to the League of Ireland can only be positive.

For instance, just maybe some of the casual football fans going to watch Chelsea this week may catch the “bug” and want to start going to Dalymount or Richmond Park on a more regular basis. And just maybe some of the Chelsea fans watching on television and online from all around the world, may see Bohemians and St Pats and think about visiting one time.

On the pitch, meanwhile, just maybe playing against world stars will make some of the Bohemians and St Pats players improve their games. Or just maybe inspire some of their youngsters to push harder in their careers.

The Premier League has become a giant, worldwide business and, as its nearest neighbours, Irish clubs should be taking more advantage of it.