Paul O'Connell warms up ahead of a Pool D match of the 2015 Rugby World Cup between France and Ireland at the Millennium Stadium in Cardiff, south Wales, on October 11, 2015. AFP (Photo credit LOIC VENANCE/AFP/Getty Images)

IRISH rugby legend Paul O’Connell has agreed to take up a coaching position with French Top 14 side Stade Francais.

The former Munster and Ireland captain has been working as assistant coach of Ireland’s U20s since December last year.

He turned down an approach from Leicester Tigers at around the same time, as he opted against uprooting his family.

But the lure of transforming the fortunes of the French side appeals to O’Connell and it is expected he will link up with the French club in the next few weeks. 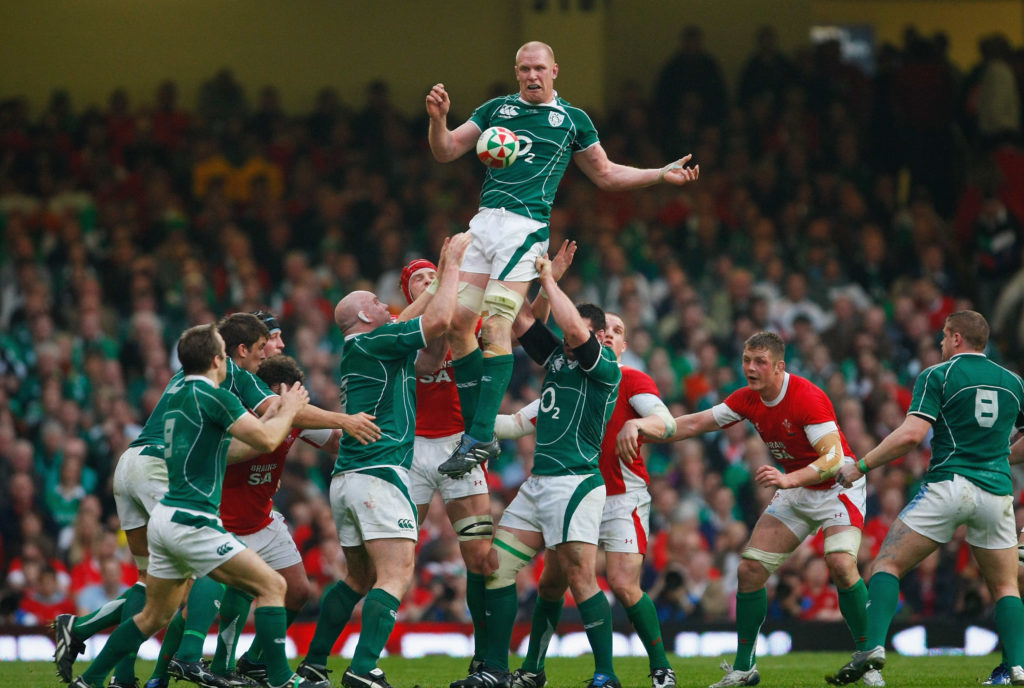 Paul O'Connell offloads the lineout ball during the RBS 6 Nations Championship match between Wales and Ireland at the Millennium Stadium on March 21, 2009 in Cardiff, Wales. (Photo by Stu Forster/Getty Images)

His new role will see him focus on coaching the Stade Francais forwards.

The club confirmed the arrival earlier this afternoon.

O’Connell won 108 international caps for Ireland between 2002 to 2015, the last of which came against Argentina at the 2015 Rugby World Cup in England.