Joel Powney takes a solo through the Mitchel's defence before placing the ball in the back of their net (Pic: Chris Egan)

TITLE number thirty-two for Sean McDermotts duly arrived at a stormy Páirc na hÉireann this afternoon, the defending champions proving too much for challengers John Mitchels as they sealed a seventh successive county title.

Joel Powney was star of the show for McDermotts, a total of 2-7 (4 frees) driving his team towards another title while Conal Dowling fired home 2-2 as McDermotts settled to their task after a bright opening for a Mitchels side playing their first county final since 2015. 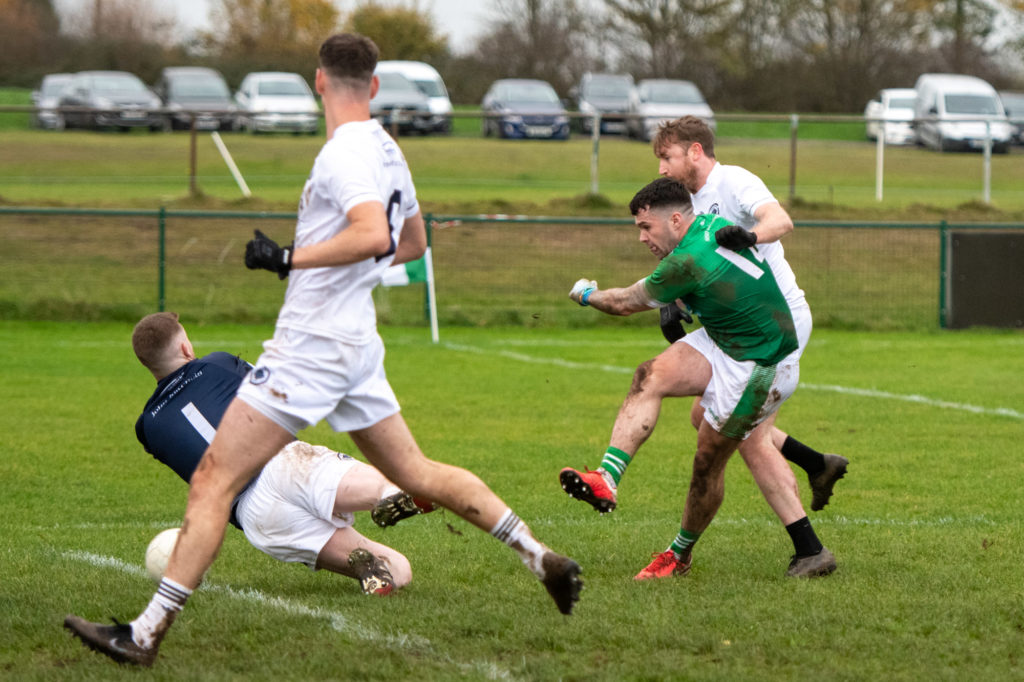 They got the ideal start when James Loney slotted over the opening score of the match from a free before Gareth Boyle and Tomas O’Keeffe looped over two more points as Mitchels made the most of the wind advantage.

Yet that advantage was shattered moments later when Declan Staunton released Dowling who unleashed a thunderbolt to the top corner of Niall Curley’s goal. 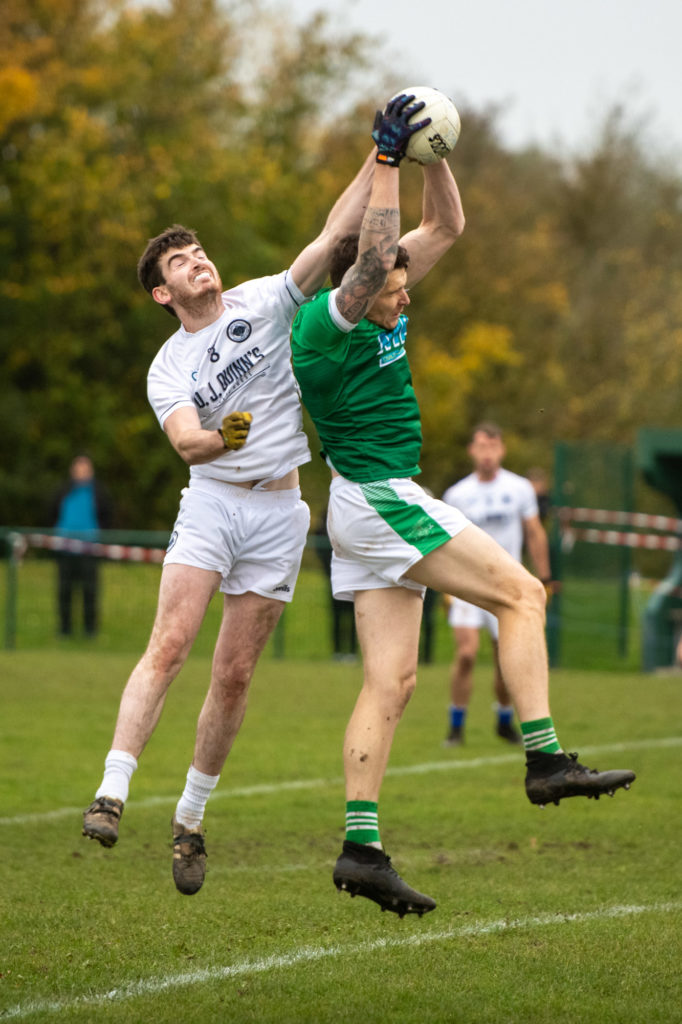 It brought McDermotts to life and they followed up with three successive Powney scores (two frees) before Mitchels could retaliate at the other end through O’Keeffe (free) and Conor Lenehan – but just as Mitchels looked to be gaining momentum back came McDermotts who moved the ball forward from the half-back line to ultimately release Powney for a controlled finish to the net past Curley.

The corner-forward continued to be the out ball for McDermotts, slotting over two more points (one free) as they walked off the field at half-time seven points to the good. 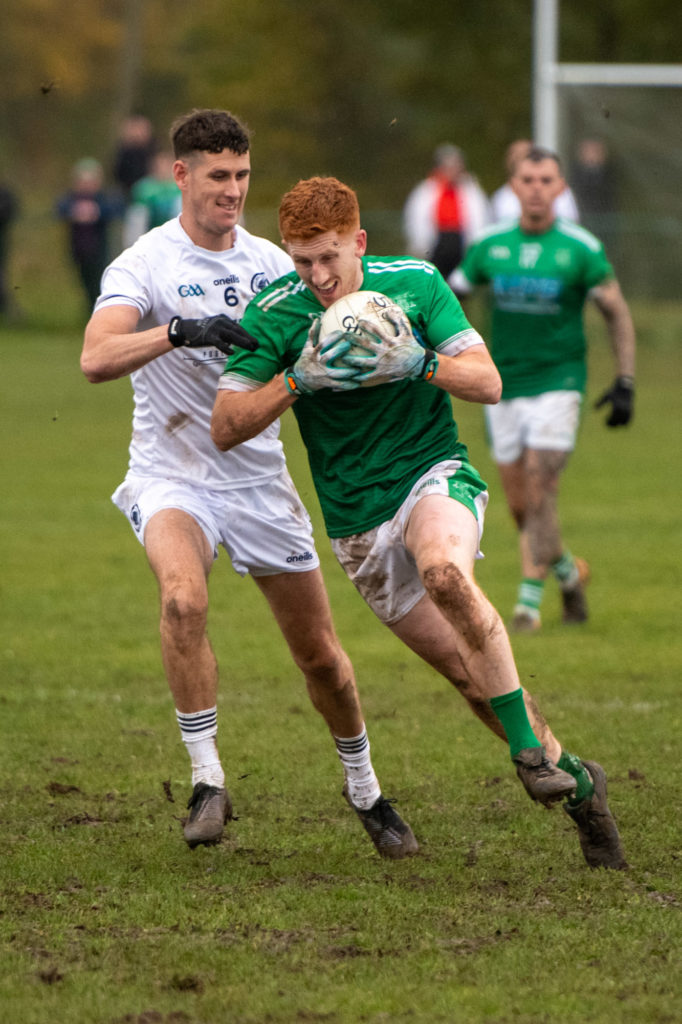 Much of that endeavour could be put down to their dominance in midfield – Andy Willis had an influential game under the high ball allowing Niall Gilbride to forage forward.

Mitchels shuffled the pack to try and stem the tide but they were unable to find a working combination to keep out a raiding McDermotts forward line.

Powney’s opening free extended that advantage but a rally from Mitchels looked to give them some hope with O’Keeffe slotting over a free before substitute Cenk Akdeniz forced the ball over the goal line amongst a scrum of players.

Mitchels needed to capitalise on that goal but McDermotts tightened their grip with Powney sending over his fourth free of the match and Declan Staunton scoring on the rebound after Dowling struck the post with an inventive backheel. 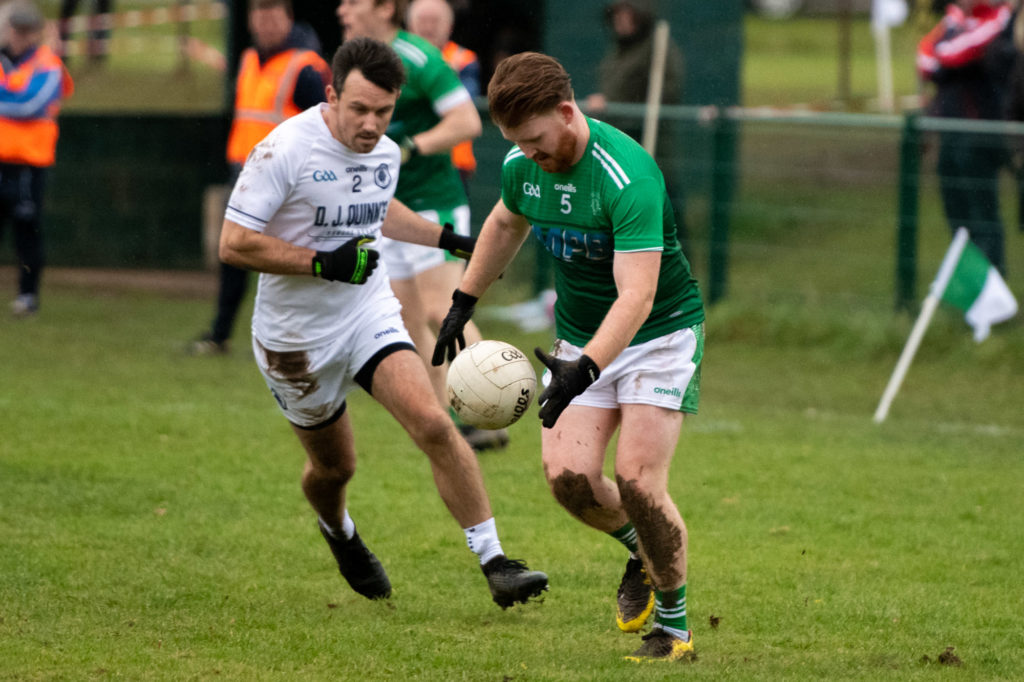 Michael Mannion clips the ball in from the wing (Pic: Chris Egan)

Gilbride got in on the scoring with a surging run up the right before substitute James McDowell drilled over from open play as McDermotts closed in on the title.

With just a few minutes remaining there was a glimmer of hope for Mitchels when Patrick Smith pounced from close range to net his side’s second goal and moments later an almighty scramble in the McDermotts goalmouth couldn’t find the mark, Michael Mannion clearing at the back post.

That glimmer of hope was extinguished with Dowling rolled in his second goal of the game after some good work in the build-up by Gilbride and Powney and fittingly it was Powney who had the last word at the very end as he pounced from close range to beat Curley for a fourth. 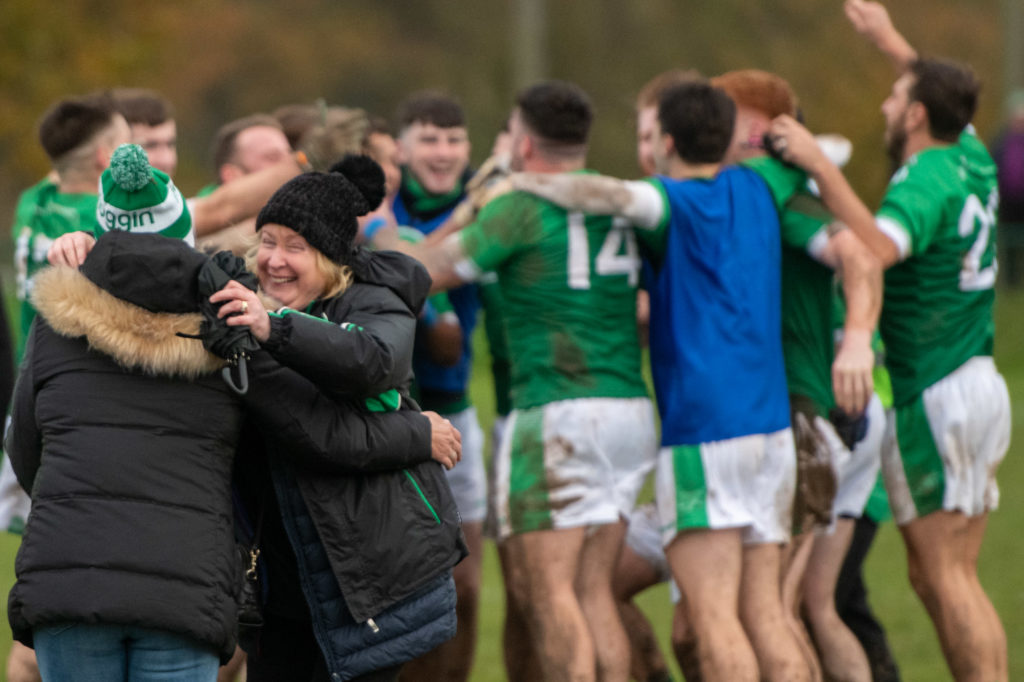 It brings the GAA action in Warwickshire to a close for this year – the Intermediate Championship Final now deferred until 2021 between St Marys and St Barnabas due to Covid-19 – and thankfully we were able to witness a condensed but competitive calendar in both football and hurling.

Credit to everyone involved across the county, from the board to the clubs individually for navigating such a difficult set of circumstances – in particular Mick O’Brien who performed the roll of Covid-19 officer for the county admirably. 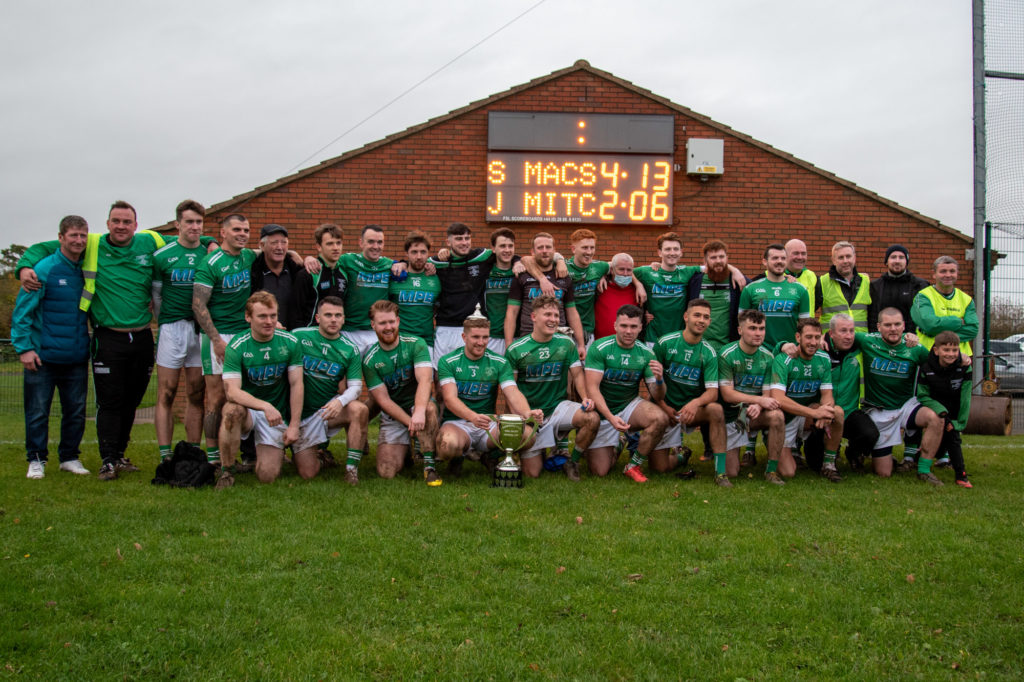 Yet for all the variables such a condensed, disruptive backdrop can bring the final outcome for 2020 hasn’t changed – Sean McDermotts remain the team to catch.

Man of the match:
Joel Powney (Sean McDermotts)
The nineteen year old forward has been superb in this year’s Championship but this was his best performance, 2-7 a just reward at corner-forward.