LIVERPOOL, ENGLAND - NOVEMBER 24: Juergen Klopp, Manager of Liverpool looks on prior to the UEFA Champions League group B match between Liverpool FC and FC Porto at Anfield on November 24, 2021 in Liverpool, England. (Photo by Clive Brunskill/Getty Images)

JURGEN KLOPP'S fiery personality was on show again today as the German clashed with a reporter over a previous press conference comment about international breaks.

Klopp previously had called the Africa Cup of Nations a "little tournament" and this seemed to have annoyed the reporter in question.

Klopp spoke after Liverpool continued their flawless run in the Champions League. Liverpool won 2-0 over Porto that left them 10 points clear at the top of Group B.

Despite the win and Thiago's goal, there was only one topic in the post-match media session that managed to get the attention 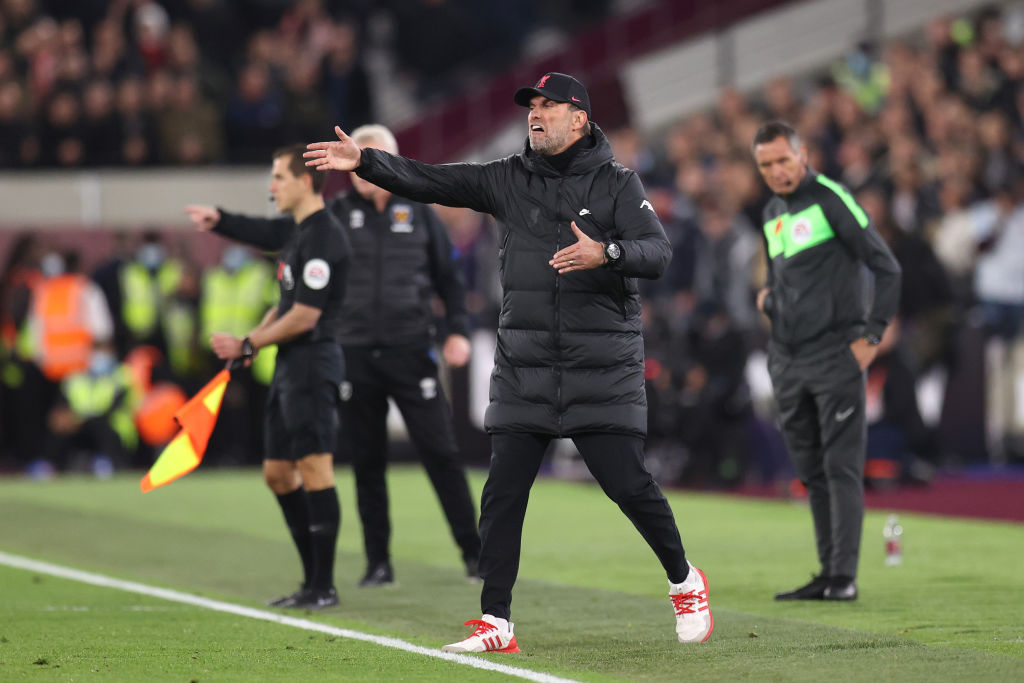 Klopp was asked to say sorry for his AFCON remark, having insisted that he made the comment in a funny manner and that his players would be leaving mid season.

"Hi Jurgen, during your last pre-match presser, you deliberately called the Africa Cup of Nations a 'little tournament'.

Klopp asked the reporter to stop,

The journalist then added:

Klopp responding to my question on his comment on AFCON being a little tournament.#AFCON2021 pic.twitter.com/n9jsl9TPan

"So I was not even close to it being the idea in my mind that I want to talk about the African Cup of Nations as a 'little tournament' or the continent of Africa as a little continent, not at all.

This Klopp clown has a lot of nerve to call AFCON little.. he’d would be a nothing coach without African players carrying him throughout his career. What an idiot https://t.co/5pbQXrZyXL

"I am not a native speaker but if you want to understand me wrong, you can do that all the time. I really don't...

"I know that I would never think like this. I don't understand why you thought this to be honest, but that's really not OK as I would never do that. But that is it now.

"It was not my intention but you made something of it, so that is not so cool to be 100 percent honest."

Sadio Mane and Mohamad Salah are to depart for the tournament when it starts in february.