Roy Keane felt that Ireland's celebrations over Lithuania on Tuesday night "were way over the top".

Dublin , Ireland - 29 March 2022; Troy Parrott of Republic of Ireland, centre, celebrates with teammates after scoring their side's winning goal during the international friendly match between Republic of Ireland and Lithuania at the Aviva Stadium in Dublin. (Photo By Michael P Ryan/Sportsfile via Getty Images)

ROY KEANE felt that Ireland's celebrations after the 1-0 win over Lithuania on Tuesday night "were way over the top".

Troy Parrott's late strike at the death won it for the Boy's in Green in the 97th minute.

Ireland players, fans, and staff enjoyed the moment, more than Keane would have liked.

Keane said "it was embarrassing".

The former Manchester United captain also took issue with Ireland after Tuesday's win against Lithuania, who are ranked 137th in the world.

Speaking to ITV Keane said:  "It was an important win, better late than never, but they made hard work of it," the former Ireland captain said.

"I think the celebrations at the end are way over the top.

"But an important goal, even for Parrott, he’s a young player. His career has probably stalled a little bit. But they kept going, showed a bit of spirit and fought.

"You take that win. The feel-good factor, keep that going, a bit of momentum.

"Honestly, that’s way over the top (the celebrations). For managers, staff and players to react that way to a friendly win. Come on. Get over it."

One man who wasn't worried about how he was perceived was goalscorer Troy Parrott.

The Dubliner grew up close to the Aviva and mentioned how happy he was to score so close to home.

"It was honestly one of the best feelings I've ever had in my life. It felt like the ball was never going to come down", the Ireland forward admitted.

"To score the winner that late in the Aviva, in front of the home fans, maybe a mile or so away from my house is incredible. 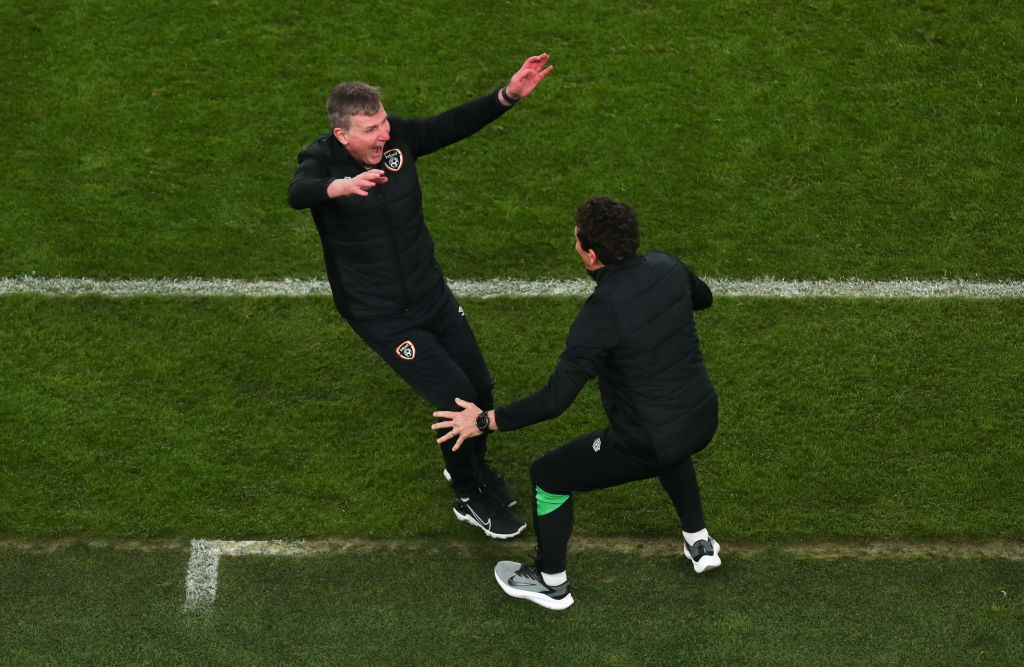