Ruislip redevelopment delay: Where did it all go wrong?

IF FINANCIAL strain isn’t the cause of the delay to the redevelopment of the Irish TV Grounds in Ruislip, as the London GAA County Board maintain, then what is?

It’s a reasonable question that London’s GAA community – who had been sold a dream of a packed stand and county-level facilities by next summer’s Connacht Championship – have a right to hear answered.

But so too do the London County Board have a right to justify their decision to postpone construction until next May, a move that was announced before their delegates at a committee meeting on Monday, August 10.

Yet when given the opportunity to shoulder some of the blame, chairman Noel O’Sullivan defended his board, instead pointing the finger elsewhere.

He told The Irish Post: “We feel, to a certain extent, that our consultants – Tobin Consulting UK Ltd – have let us down. The relationship is not soured, but we do feel as though they’ve let us down. But, also, we do need to speak with them to get to the bottom of what went wrong.

“The most important thing we wanted was cost certainty, we wanted planning certainty and we also wanted to make sure that the pitch would be done on time.

“The time schedule was very, very tight, so we felt that it was not right for the London County Board to go ahead with the project with those problems in front of us. 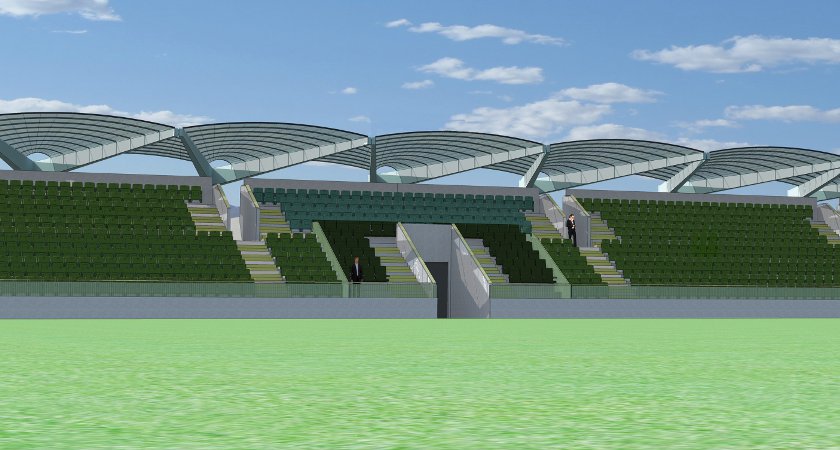 Artist's impression: A redeveloped pitch with provision for rainwater harvesting via attenuation tanks is planned

Whatever the mistakes made by their consultants were, they simply can’t be made again. That’s a reality Mr O’Sullivan appreciates, and he insists the London County Board will waste no time in righting the wrongs.

He said: “Over the next few weeks we’ll be dealing with Tobins and we’ll go forward in a very positive way. This project is going to happen, there’s no doubt about that.

“It is delayed, but it is delayed for the right reasons. We feel Tobins have let us down somewhat because of the delay, but, as I said, it’s imperative that we get it right before we go ahead.”

It is stated with a certain degree of defiance that London GAA have not delayed the process for financial reasons. So, with reports suggesting tenders quoted up to £2.5million over the initial £4.17m budget, does that mean there’s now time to increase the resources in order to get the job completed to the highest standard?

“We’ll look at all aspects of it, but we have a budget and we have to stick to that budget,” says Mr O’Sullivan. “It’s not a case of the cost being a lot more – that is not the main reason why it’s not starting – there are other problems that I’m not going to go in to.

“But the main statement from us is that planning issues, cost certainties – which we didn’t have – and the pitch are the vital ingredients for why we couldn’t start just yet. We have to get those ingredients 100 per cent correct before we can proceed.”

Getting the job done right is one thing, but doing so by sticking to a budget is another. One would imagine the cost of construction will only increase over the next 10 months, but Mr O’Sullivan claims no discussions have been held over the prospect of downscaling the ambitious plans for Ruislip.

“That is all for the future, there will be no decisions made on that by me – that will all be decided in the future. The main thing is, we’re not going ahead just yet because of cost certainty, planning issues and because the pitch may not have been ready in time – they are the reasons,” he reiterated. 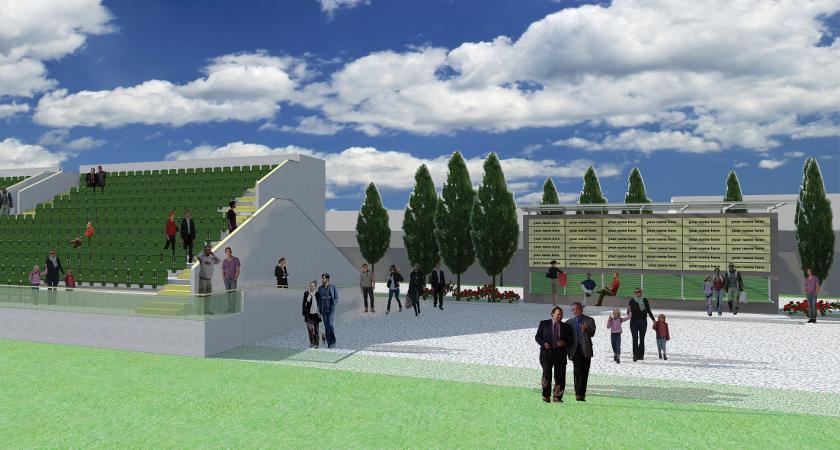 Artist's impression: Work will now not be completed until May 2017

To clarify, the pitch is a problem due to the time-consuming nature of installing attenuation tanks beneath a new redeveloped surface, for the purposes of harvesting rainwater, as London Secretary Mark Gottsche outlined.

“The pitch is a critical part of the development,” added Mr Gottsche. “If we got that wrong by starting [development] too late, that would have messed up everything for next year.

“In order to get everything right, and the pitch ready, the best option was to delay it. So construction will now start after next year’s Connacht Championship.”

Mr Gottsche also pointed out that delays in the contractual negotiations have had a knock-on effect on the whole process, but can see no such problems reoccurring between now and next May.

He added: “The tender contractual process took longer than expected and we ended up having too tight a window to get everything completed [by May 2016] because we didn’t get everything signed off.

“To ensure that everything is set up right – in terms of contracts and everything, so that when we do start, we can go fully through with it – we decided that the best option was to wait until May 2016.

“We’ve now given ourselves 10 months to get everything in place before construction will begin, so the contracts and finalisation of the plans will all be in place – we’ll definitely be ready to go by May.”