RYAN TUBRIDY has weighed in and gave his two cents on Ireland fans singing The Fields of Athenry over New Zealand's haka prior to Saturday's game in Dublin.

Ireland managed to record a 3rd victory over the All Blacks in 5 years and the second at the Aviva. It finished 29-20 to Ireland. but a major talking point for fans was doing the rounds before the game. 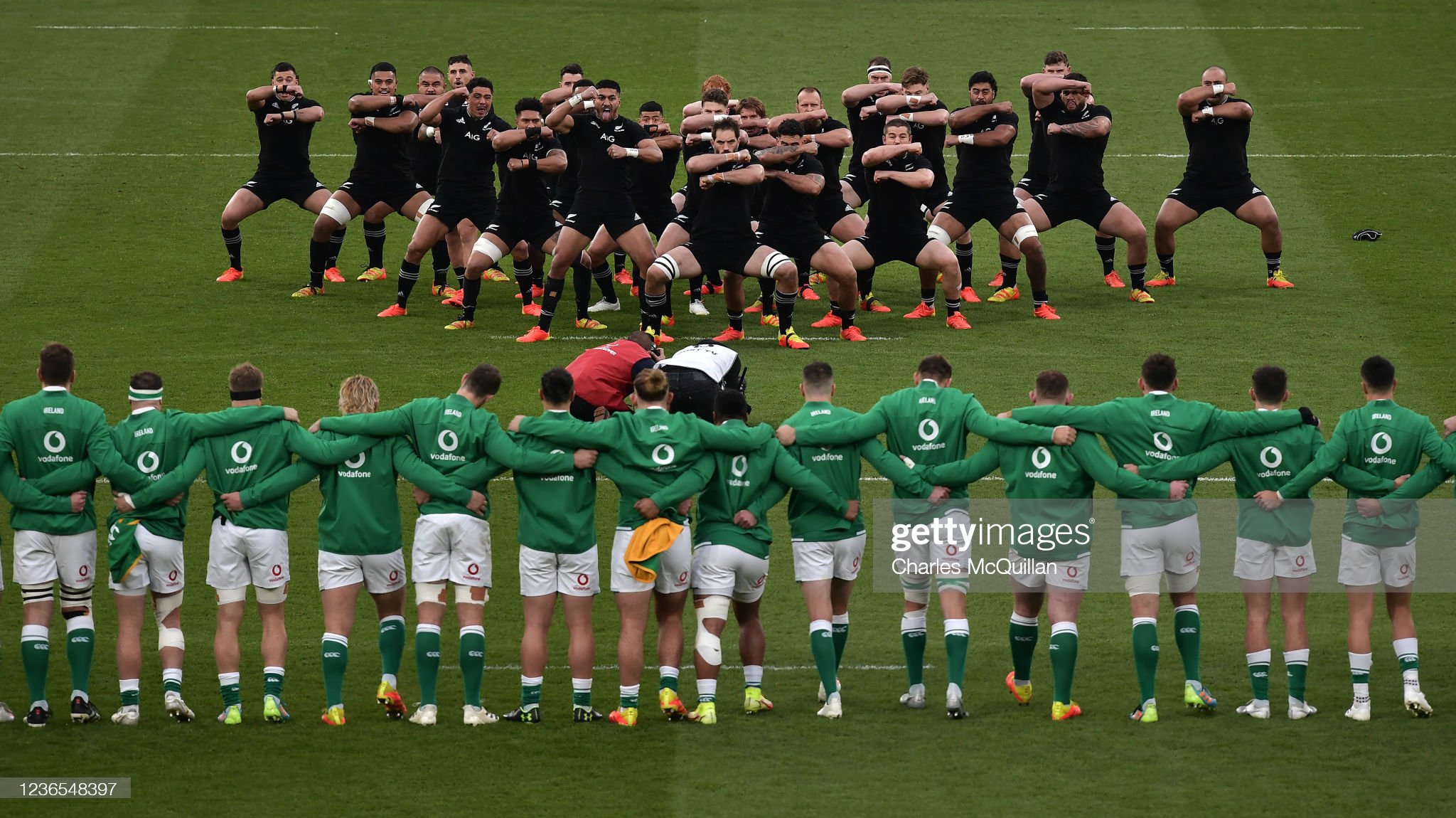 This was Ireland's first sell-out crowd at the Aviva Stadium since the pandemic. The place was rocking.

The All Blacks performed the traditional formation for the haka , the ceremonial Maori dance they have made famous.

But some Ireland fans started singing 'The Fields of Athenry' which worked to drown out the war cries of the All Blacks.

Many fans took to social media to argue over if it's disrespectful or not, Tubridy feels that the Irish fans did nothing wrong. He attended the match with his daughter, has backed those who participated in it.

Speaking on his RTE Radio 1 show, he said:

"I was lucky to be there and it was amazing because the haka was going on and you could hear it in the crowd.

"When the haka is going on, you can either do one or two things - go deathly silent and let them off or, as happened in the stadium the other day, actually we're going to out hak you ourselves with our song, The Fields of Athenry.

"I know a few people were trying to [shush those who were singing], but actually it felt like all is fair in rugby and war.

"They're doing their thing, this is our haka so suck it up boys and if you don't like it get out."

Tubridy became in favour of it the more it went on, after not really appreciating the singing.

He added: "I was in two minds but the more it went on the more I said 'well hang on they're doing this war dance, why can't we have a war cry?' It's fun."

The drowning out of the haka led to plenty of debate on social media over the weekend, with some in favour and others opposed to it.

One person said: "Lads, I want to hear the Haka with silence like it used to be. We’re supposed to be some of the most respectful fans in the world and there we are chiming in with ‘Athenry’. I’m not into it."

Another commented: "It's a bit disrespectful to start singing during the Haka lads...I don't think the haka should be allowed at the World Cup or competitive matches but respect it when on tour."

Someone else added: "Maybe it's just me but I found the singing of "The fields of Athenry" while the All Blacks were in the middle of the Haka disrespectful and disappointing."

But one Twitter user argued: "The only thing better than the haka is opposition fans and teams rising up to the challenge with this sort of stuff."

Personally, I found it a bit disrespectful that some of the crowd chose to start singing The Fields of Athenry in the middle of the Haka. #IREvNZL