COACH Andy Farrell has said Ireland have earned the right to fight for a historic series win after a first ever victory over the All Blacks in New Zealand.

Having never beaten the All Blacks before 2016, Ireland have now won four of the last seven meetings against the side currently ranked second in the world.

Saturday's dominant 23-12 victory in Dunedin was Ireland's first in New Zealand and ties the series ahead of next Saturday's decider.

"We created a little bit of history for ourselves, little old Ireland — we've earned the right to take it to the last weekend," said Farrell.

Ireland scored a try after just three minutes through Andrew Porter but despite dominating a chaotic first half against an ill-disciplined All Blacks, led only 10-7 at the break.

At two points in the opening period, New Zealand were playing with 13 men as a result of yellows for Leicester Fainga'anuku and Ofa Tu'ungafasi and a red for Angus Ta'avao.

Yet almost five minutes after the latter's 31st-minute dismissal and the sin-binnings completed, referee Jaco Peyper had to halt play with the hosts having 15 men on the field. 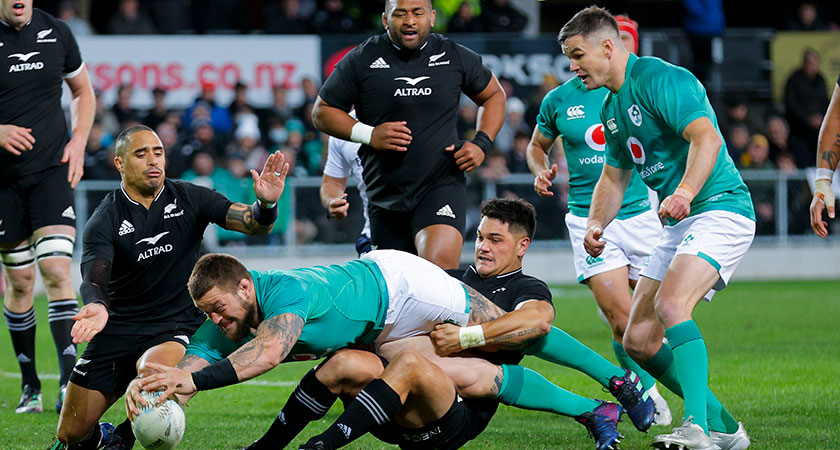 New Zealand finished the half strongly, with Beauden Barrett scoring a try on the stroke of half time to make it 10-7.

However, after the break, another Porter try and two Sexton penalties saw Ireland lead 23-7 in the final quarter.

The hosts managed a late try through Will Jordan but it wasn't enough to deny Ireland a historic first win in New Zealand.

Farrell was full of praise for his side, saying they stuck to their approach from last week's 42-19 defeat and finally got the rewards.

"These lads, they keep turning up and knocking down doors and I suppose the special thing about tonight is that no other Irish side will get the chance to do that again," said Farrell.

"We talk a lot about not just beating New Zealand in New Zealand for the first time, but there's a series to be won, we've earned the right to have a go at that."

He added: "We started very quick last week and we did exactly the same, so that's twice on the trot, which shows the courage of the players.

"But the most impressive thing is we learnt our lessons from last week about staying in the game, staying calm, the next moment. 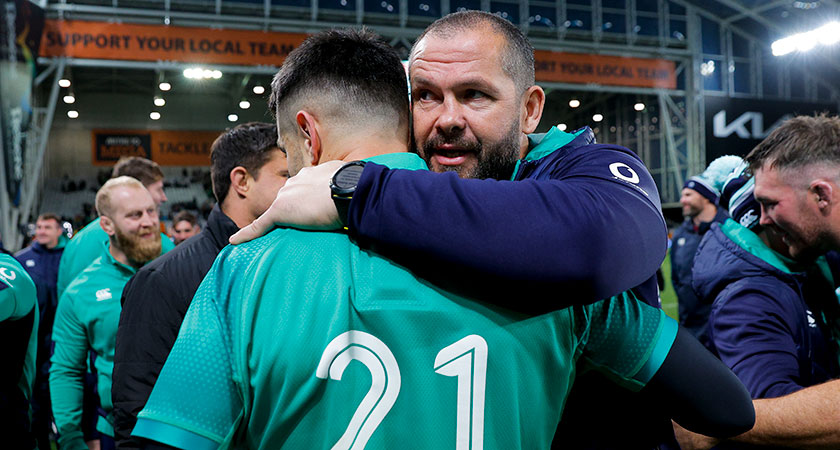 "Of course, there were some errors like Jonny [Sexton] said but our mentality never changed.

"We didn't get sucked in to the lure of a game of 13 men, 14 men, trying to play from everywhere — we kept them pinned down and the territory game and game control was outstanding."

Asked if he believed they would face a backlash from the hosts in next week's decider, Farrell said he expected nothing less.

"We always get a response, don't we? Everyone knows that," said the coach.

"History tells you that, we're used to it by now, but we look forward to that.

"We created a little bit of history for ourselves, little old Ireland — we've earned the right to take it to the last weekend."

Sexton meanwhile said he was delighted the side could deliver the historic win for the fans.

"Any time you create a little bit of history it means a lot, it's a very, very special day for everyone in the country," he said.

"We talk about it a lot, we talk about making people at home feel very proud of us, it's right at the top of our list." 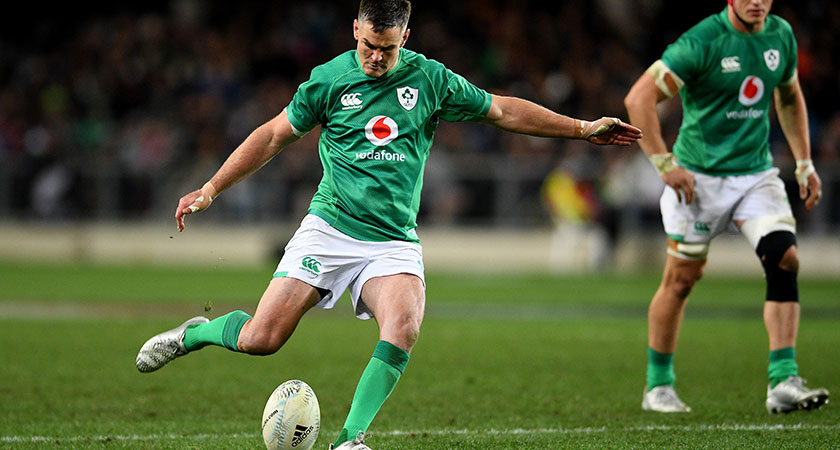 He added: "We stayed in the moment, by no means was it perfect, we feel that we could have played better in parts but it was a very special day."

The final test in Wellington on Saturday, July 16 kicks off at 8.05am BST.

'It doesn't get better than this': Sexton savours Ireland's history-making series win over All Blacks