ANDY FARRELL has selected a strong side for the clash against New Zealand this Saturday. (8.05am Irish Time)

Ireland's squad consists of 10 players that bested the All-Blacks in November.

To nobody's surprise Johnny Sexton will captain the side against the All-Blacks. Keith Earls will earn his 97th cap from the wing. Earls played in the 32-17 Maori All Blacks defeat during the week.

Cian Healy, who went off injured in that game has been named on the bench despite hurting his ankle in the same game. 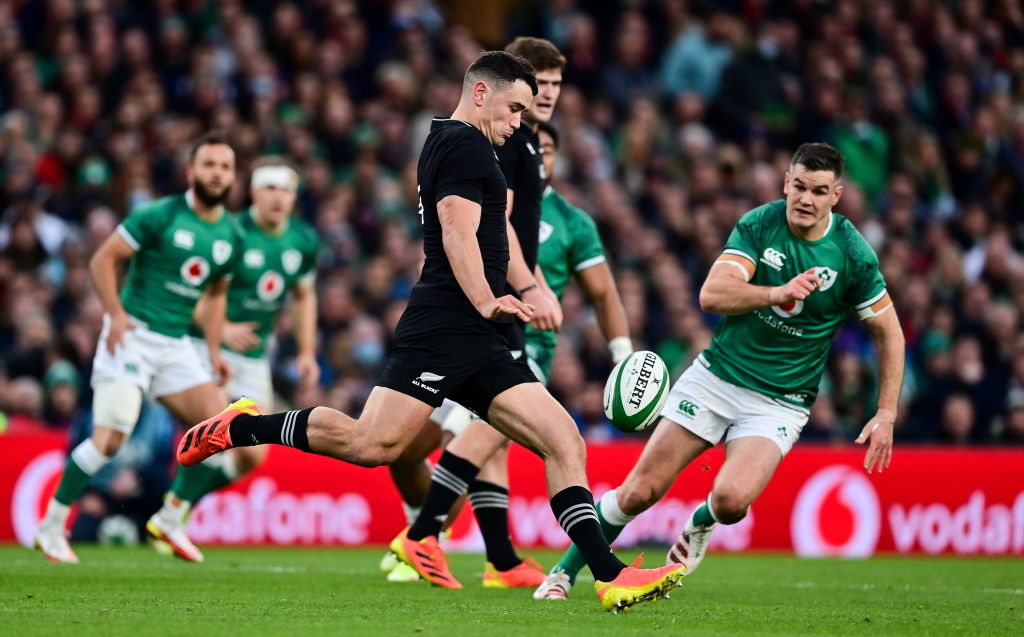 Dublin , Ireland - 13 November 2021; Will Jordan of New Zealand during the Autumn Nations Series match between Ireland and New Zealand. (Photo By Brendan Moran/Sportsfile via Getty Images)Tadhg Beirne and James Ryan start in the back row. Beirne came in for Ian Henderson, who suffered a tour ending injury.

Jamison Gibson-Park gets the nod at scrum half over Conor Murray.

Peter O'Mahony has won his race to be fit and will start over Jack Conan in the back row. O' Mahony will start alongside Josh van der Flier and Caelan Doris.

The game can be viewed and listened to live on SKY SPORTS and RTE Radio.

🚨 ICYMI | While you were asleep back home, Head Coach Andy Farrell has named the Ireland Match Day Squad for Saturday's first Test against the @AllBlacks ⬇️#TeamOfUs | #NZvIRE

Eight players that were part of the defeat to Ireland in November started the first test in Eden Park.

The All-Blacks were rocked this week by covid and may or may not have head coach Ian Foster on the sidelines.

Crusaders lock Scott Barrett has been named at No 6 for the All Blacks for the first time since the 2019 semi-final defeat to England.

Sam Cane captains the side.

Half backs:  (scrumhalf) Aaron Smith  (out half)   Beauden Barrett

'It doesn't get better than this': Sexton savours Ireland's history-making series win over All Blacks