SCOTLAND decided not to 'take the knee' prior to their Euro 2020 opening match against Czech Republic on Monday.

The players instead stood with their hands behind their backs in a show of solidarity in the fight against racism.

They will however take the knee on Friday when they lineup at Wembley to face England.

Last week, the Scottish FA confirmed that the team would be opting out of taking the knee at the tournament, because they felt the gesture had become "diluted".

However, less than 24 hours later they announced that they would take the knee prior to Friday's match in order to convey unity with England's team, who confirmed they will be taking the knee prior to every match.

Scotland captain Andy Robertson said the negative reaction to the gesture from England fans during their two Euro 2020 warm-up fixtures earlier this month prompted the change of mind. 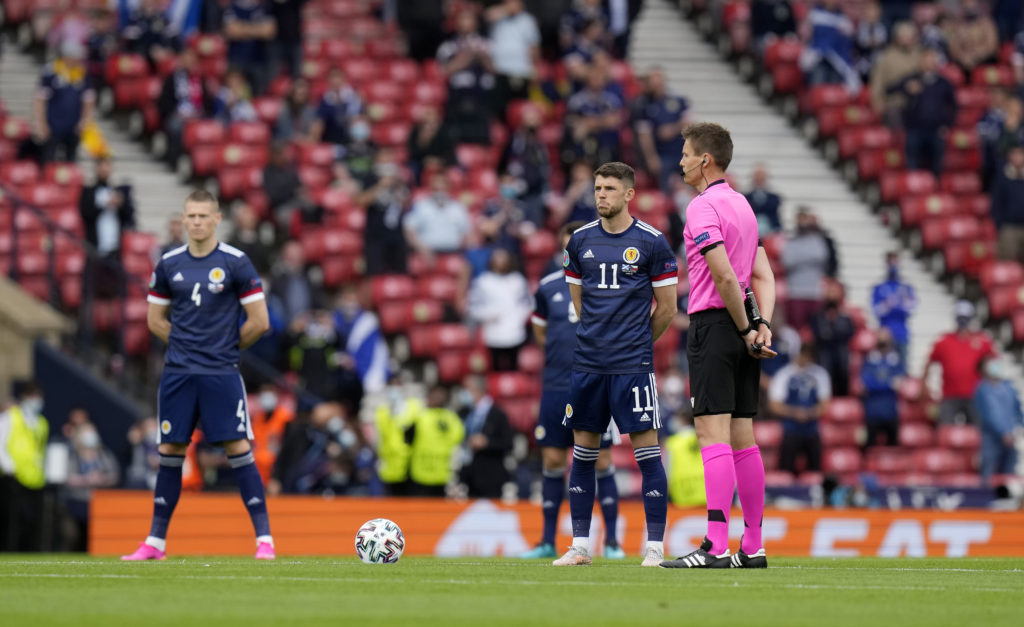 "Given the events around the England national team, taking the knee in this tournament matters as a symbol of solidarity," the Liverpool defender said in a statement.

"For this reason, we have collectively decided to again take the knee as a team for the fixture against England at Wembley Stadium.

"The Scotland team stands against racism but we will kneel against ignorance and in solidarity on June 18."

Scotland were beaten 2-0 in Glasgow following a fantastic double from Czech striker Patrick Schick, one of which he scored from just over the half-way line.

England, who beat Croatia 1-0 in their opening game on Sunday courtesy of a second half Raheem Sterling strike, received a mixed reaction to the gesture from the 22,000 supporters inside Wembley Stadium.

Initial boos were drowned out by applause, demonstrating just how divisive 'taking the knee' is.

Opponents of the gesture associate it with the left-wing political activist group Black Lives Matter, and many have argued that changing the gesture would go some way towards solving the problem.

Whatever the answer, by standing in unison on Friday, England and Scotland's centuries-old rivalry will be centred solely on matters on the pitch, rather than off it.