Dublin are on the verge of a fourth All-Ireland Senior Football title in a row this Sunday, something which hasn't occurred since Kerry achieved that remarkable feat in 1981.

But there's a stiff test awaiting the Dubs this weekend, in the shape of Tyrone, with their manager Mickey Harte having a 100 per cent success rate in All-Ireland Senior finals to date.

The Dublin-Tyrone rivalry has really developed over the last quarter of a century with many meetings between the sides in both league and Championship over the years.

Current Dublin manager Jim Gavin was involved when Dublin beat Tyrone in the 1995 decider - the year Jason Sherlock sprung onto the scene; the game where Charlie Redmond took time before leaving the pitch after being dismissed; and a campaign which ended with goalkeeper John O'Leary lifting the Sam Maguire Cup.

A look back at the 1995 All-Ireland SFC Final, the only other time Dublin have met Tyrone in the championship decider! 🏐 #DUBVTYRhttps://t.co/Pq1dJ8zSVw

"It was a great Championship game, my abiding memory was that we had to work really, really hard to eke out a victory," Gavin told The Irish Post.

"It was a one-point win against a phenomenal Tyrone team, and some of that Tyrone squad went on to win in 2003 under Mickey Harte.

"We were glad to come out on the end of a tough, tough battle. The relief that particular group had at the end of it, and then the fun afterwards.

"They were great times, but they don't have any particular relevance to today. It's a long time past, and we've never traded off the past with the current team.

"We are always just about being in at the present, and trading off about Dublin in the here and now. Once we do that then, we are doing the right thing for a fantastic support base that travel the length and breath of the country with us, and backing us all the way."

Looking at the current crop, Gavin knows there's nothing easy in the All-Ireland Championship, and expects a youthful and resurgent Tyrone to make a strong mark this Sunday.

"If you go back to 2013 and the National League Final there was only a point in it. Dean (Rock) came in and scored a point to win," Gavin said.

"Up in Omagh last February in the National League we just finished stronger than them, but again there was only a kick of a ball between the teams.

"In the recent weeks, in the quarter-final round-robin game again there was only a kick of a ball between us.

"Last year in the semi-final, I know the perception afterwards, and they didn't play as well as they can, that's for sure; but our perception was that it was a lot closer if they had taken their chances in the second half, particularly in the early stages of that second half.

"Any time we have played Tyrone in recent years, it's been very close and I think from listening to their support base, they rightly have great expectations for this Tyrone team in the final.

"You look at their scoring prowess - over their 10 Championship games, they have scored 17 goals and over 160 points. That's a phenomenal reflection of their attacking prowess. 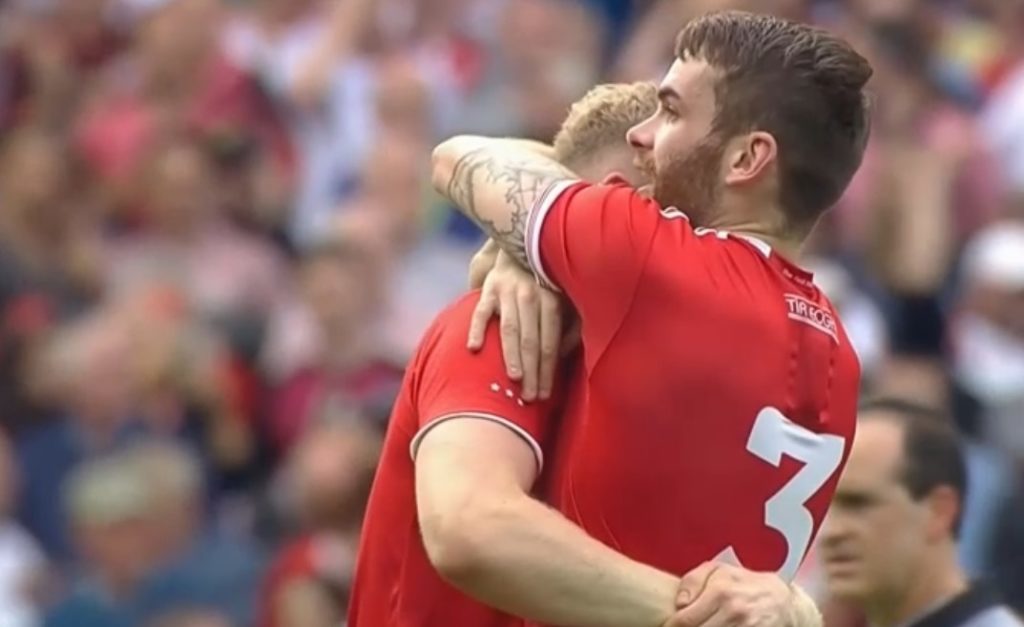 "When we played them in Omagh, they had played Roscommon the previous week, and before that they played Cork, and in those two games they scored 7 goals and 44 points.

"That in any man’s language is an impressive tally. Back then we were aware of it, and we are aware of it going into the final, how potient they can be."

Gavin as usual has been keeping a close eye on the opposition, and it's fully aware of the key players which Tyrone possess.

"They have lots of forwards upfront, but you look at Cathal McShane scoring that point against Meath which just shows the determination of that group. Peter Harte from wing-back, and even Colm Cavanagh the last day against Monaghan getting a point from play, and Niall Morgan kicking long-range frees.

"It's not just about their full-forward line. They are very impressive, and those stats back up how impressive they are, and we all know their defensive work has been very exemplary too."

Time will tell on that front, but by 5.05pm or so on Sunday we should know the outcome of the 131st All-Ireland Senior Football Final.