Tiger Roll, with Keith Donoghue up, during the Ladbrokes Ireland Boyne Hurdle at Navan Racecourse in Navan, Meath. (Photo By Harry Murphy/Sportsfile via Getty Images)

TIGER ROLL left connections highly satisfied with a creditable fifth on his comeback as stablemate Cracking Smart ran out a surprise winner of the Ladbrokes Ireland Boyne Hurdle at Navan.

While Cracking Smart took the honours for Gigginstown House Stud and trainer Gordon Elliott, Tiger Roll raced with real enthusiasm for much of the way as he prepares to bid for a fifth win at the Cheltenham Festival and third successive Randox Health Grand National.

Winner of this race 12 months ago, Tiger Roll only lost fourth place close home, having jumped well and travelled nicely after being held up in the rear through the early part of the two-mile five-furlong contest.

Magic Of Light - last year's National runner-up - and Killultagh Vic shared duties at the head of affairs, but both were swamped in the straight. 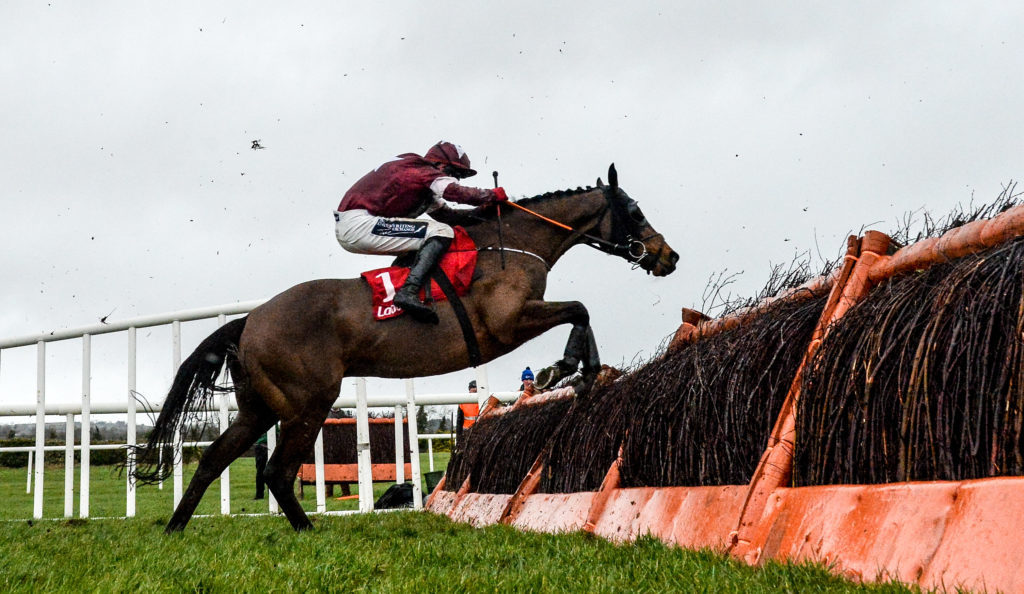 Tiger Roll, with Keith Donoghue up, jumps the last, on their way to finishing the Ladbrokes Ireland Boyne Hurdle at Navan Racecourse in Navan, Meath. (Photo By Harry Murphy/Sportsfile via Getty Images)

Elliott said: "I'm absolutely thrilled with Tiger Roll - Keith (Donoghue) said he cantered to the second-last and just said he blew up. I couldn't be happier.

"The way he travelled into the race, a blind man could see you'd have to be happy.

"He thought he was going to win at the second-last, but he had a blow then and rode him hands and heels to the line. I told Keith to follow them around and if you beat one or two home, I'd be thrilled.

"I thought there were a lot of plusses to be taken out of the race and once he is OK in the morning, that is all we wanted.

"He said he pulled the arms out of him the whole way and we can look forward to the cross-country race (at Cheltenham) now."

He added: "We're thrilled and once he is all right in the morning it will be all systems go for Cheltenham and all being well the Randox Health Grand National.

"He'll go to Cheltenham next week or the week after to have a pop around. We'll take a lead horse with him and he'll also have another racecourse gallop and that'll be him.

"It's great to see the crowd here today, even with the bad weather. It was more than we expected and the run couldn't have been better."