The 22 year-old Ivorian came in for Odsonne Édouard last weekend and played a key part in two goals as the Hoops overcame Hearts 3-1 at Parkhead.

Bayo has endured a difficult time with the Hoops, picking up a hamstring injury shortly after joining from Slovakian outfit Dunajska Streda last February.

He thought he had broke his duck with two strikes against the Edinburgh outfit and was frustrated to learn that the SPFL have since ruled both as own goals. 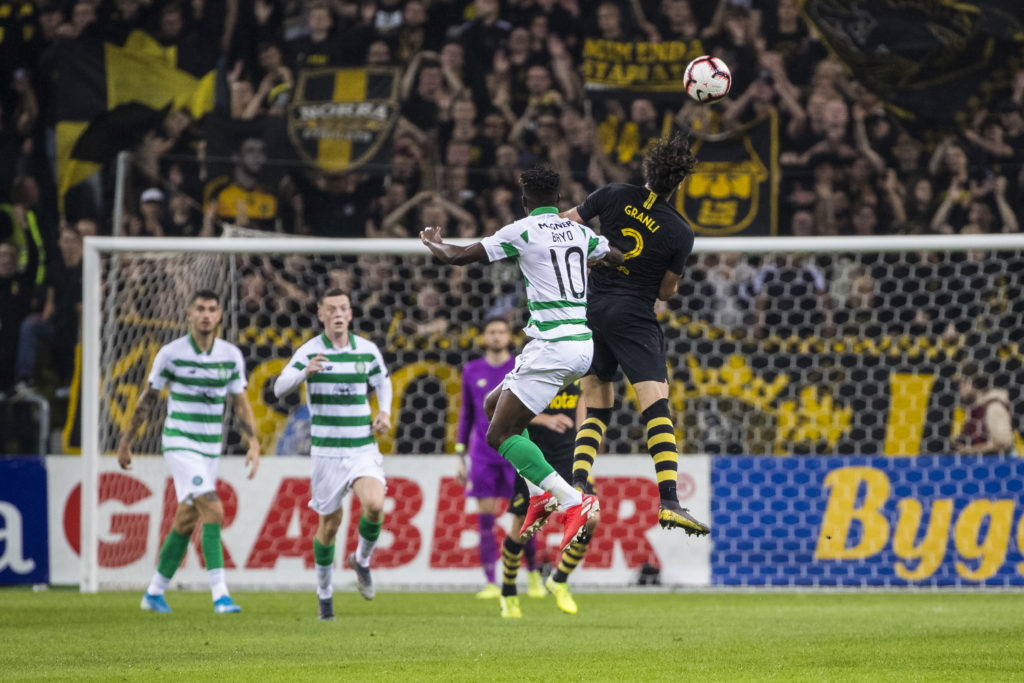 Vakoun Issouf Bayo of Celtic FC in an arial duel with Daniel Granli of AIK during a UEFA Europa League qualification match between AIK and Celtic FC at Friends arena on August 29, 2019 in Solna, Sweden. (Photo by Michael Campanella/Getty Images)

But with Édouard limping off with 10 minutes remaining of Celtic's 4-1 hammering of AIK in Sweden on Thursday, he looks set to get another chance.

"I touched the ball for the first goal, the defender also got a touch on it but I got the last touch on it," said Bayo this week.

"I got the last touch for both goals, I disagree they were own goals."

Former PSG forward Édouard was linked with a move away from the club in the summer but Celtic were able to see off interest from Lazio and a number of clubs south of the border. 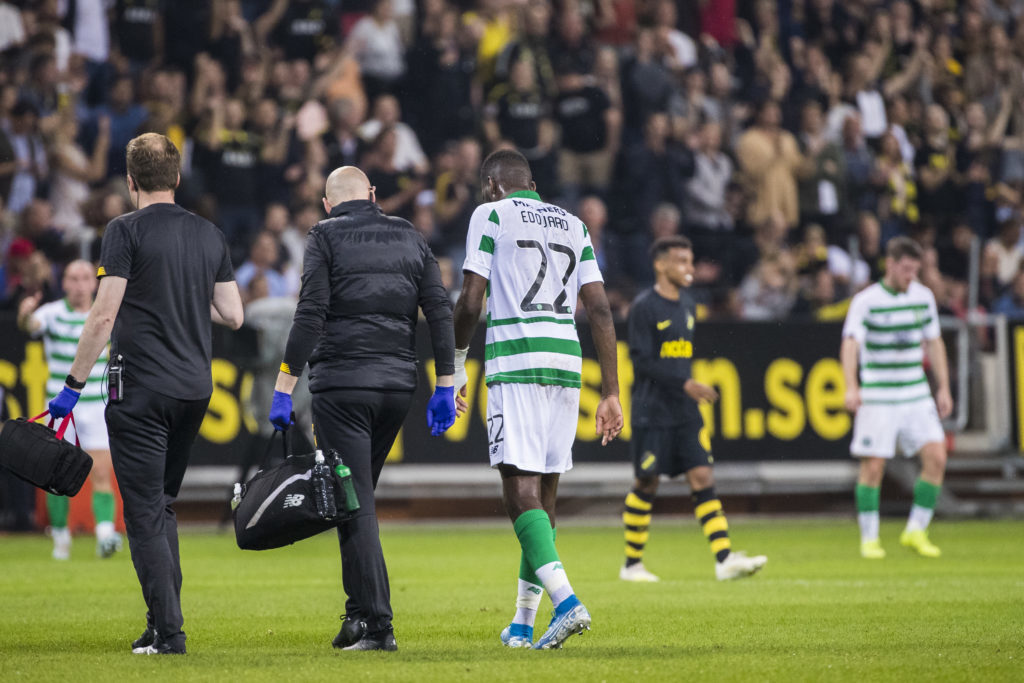 Lennon still sees him as a critical component in the club’s ambitions this year, but recent injury concerns have thwarted his effectiveness.

“We just felt Odsonne (Edouard) looked very fatigued last week and he has a bit of a hand injury," said Lennon.

"So it was a good opportunity to showcase Bayo and see what he could do in that environment. He excelled.

“He had a real bad hamstring rupture which kept him out from March onwards. Then he was looking decent in pre-season when the hamstring injury reoccurred. So he’s had to be patient.

“His forte is getting on the end of crosses. He was unlucky to hit the post with his header. But he can be absolutely delighted and we all are with him.”

Meanwhile Rangers boss Steven Gerrard insists it is a minority of supporters who continue to drag the Ibrox club down with persistent sectarian singing.

Rangers have been forced to close a section of at least 3000 seats for their Europa League tie against Legia Warsaw due to the ongoing issue.

"We’ve been here before,” said the former Liverpool star. 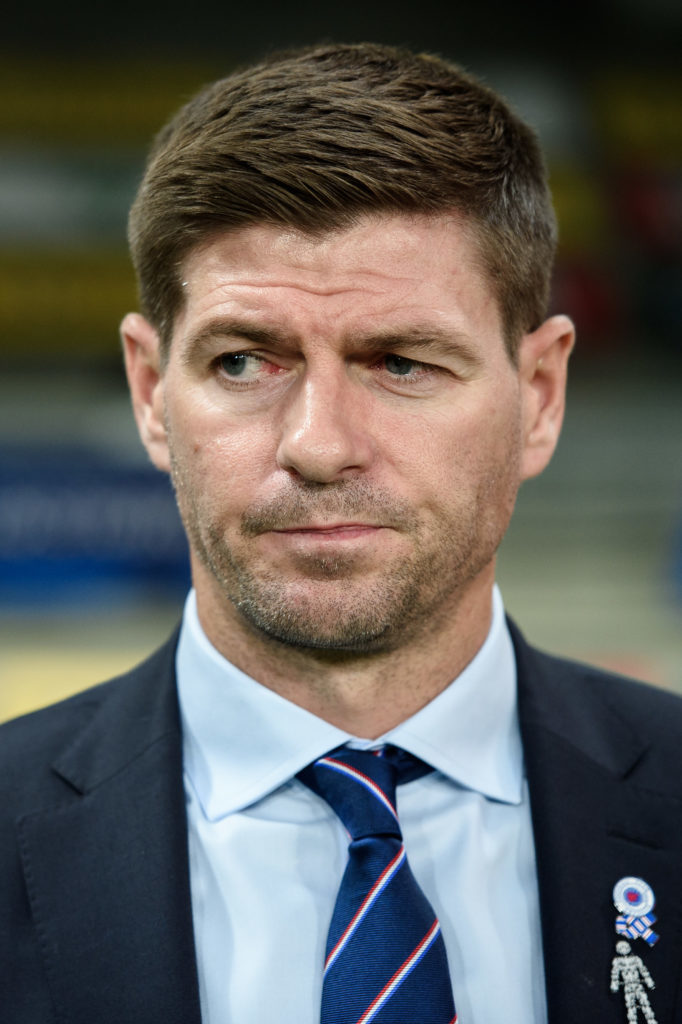 “You know, I sat in a press conference 10 days or two weeks ago, all about what the club were doing to address behaviour on the terraces.

“It was the Anyone, Everyone campaign – and it was a fantastic thing for the club to do. Everyone is working as hard as they can to promote that. Unfortunately, a minority is letting that down.

He added: “I was obviously aware of the rivalry and the religion and the politics around it.

“But I didn’t realise how strong it was — I don’t think that you do until you actually come here and are involved in it."

Scott Brown to leave Celtic at the end of the season