Go to a traditional session in Kildare

Clancy's in Athy boasts the longest running traditional session in Ireland - the sound of reels, jigs, hornpipes and ballads have been emerging from the music room here for some 45 years. Now, that's a title that might be disputed by a couple of other pubs; nonetheless Clancy's is considered one of the finest music in the country. Every Thursday night, anything up to twenty musicians gather here. During the day Clancy's will be full of locals checking the day's sporting results, or discussing the latest ructions in the Dáil in the most erudite terms. They'll be more than happy to include you in their ruminations.

Discover Ireland's post-colonial history at the An Post museum

Situated in a corner of Dublin's GPO, the An Post Museum houses the exhibition Letters, Lives & Liberty.

This small, but fascinating museum, examines the influence of the Post Office in Ireland. And it has been considerable, affecting areas of life you might never have suspected, such as the development of traditional music.

An Post, and before it the GPO, were vitally important to a country where emigration was a way of life can hardly be overstated; but until the coming of the GPO it was difficult for musicians in Ireland to get hold of accordions, or cheap factory-made fiddles.

By the end of the 19th century, mail order catalogues could, courtesy of the GPO, deliver the best German or Italian-made instruments to your front door.

The An Post exhibition explores the influence of the Post Office in Ireland. Stamps and stamp collecting, naturally enough, are an important part of the displays. Since independence in 1922, the Irish Post Office has created distinctive and attractive stamps - these, in effect miniature works of art, will jog the memories of many.

An Post's copy of the 1916 Proclamation is also on show, as is the little known story of the staff who were actually in the GPO on Easter Monday 1916. Admission is Û2.

Have a brush with spirituality in Co. Tyrone

In an old graveyard on the shores of Lough Neagh some dozen miles east of Cookstown stands one of the best-preserved High Crosses in Ireland. This was once one of the most benighted parts of the Six Counties during the Troubles; all quiet now, in this area which must be amongst the most tranquil and singularly spiritual areas in these islands.

The 10th century Ardboe Cross stands over 15 feet tall with 22 sculptured panels, many of whose biblical subjects are recognisable, from Adam and Eve to the Last Judgment. There are remnants of two churches a thousand years different in age (6th and 16th century).

Walk along the Brandy Pad, Co. Down

The Brandy Pad, an old smugglers' trail traversing valleys and mountainsides through the Mountains of Mourne, starts at the Bloody Bridge - the scene of an ancient battle, if you hadn't guessed - overlooking the Irish Sea.

The route heads up through Poulaphouca - the Glen of the Fairies - and along the slopes of Slievenaglogh. You'll eventually come to the village of Hilltown which seems to have more than its fair share of pubs even by Irish standards - eight just in the main street alone, which is going it a bit in a village of under 1000 people.

This is where, according to fairly well-attested legend, the smugglers, fresh off the Brandy Pad, repaired in order to celebrate a good night's work. Having safely stowed their liquor, tobacco, tea, silk and soap - often brought from the Isle of Man, sometimes Britain - the hardy smugglers would make their way to the pub.

Hilltown is still a good place to find convivial watering holes, even if you haven't been smuggling. Try The Downshire Arms or Minnie Doyle's for levels of craic that regularly reaching the standard 90.

Grab a few carat-free diamonds in Co. Down

Within striking distance of Hilltown, just up from the Trassey Bridge, are the Diamond Rocks. Look out for Mourne Diamonds - beautiful pieces of smoky quartz and black mica crystals set deep in the granite. Any small crevice in the rock may yield this treasure. Impressive, glittering - but alas worthless in monetary value. Priceless, however, in the search for them.

Incidentally, during the winter months, if anywhere in Ireland is going to get snow, it's likely to be these northerly heights. So if you're looking for a white Christmas, this could be the place.

Can I canoe you round Cork and Kerry?

Open all year round, the Atlantic Sea Kayaking School offers kayaking expeditions that encompass everything from exploring uninhabited islands to wild western coastlines.

It's also a terrific way of seeing the bright lights of Cork.

No, not Cork city's burgeoning club scene - although you can go on a city tour through Cork's canals by kayak, as it happens.

The other bright lights that the kayak convoy will take you to are the 'fairy lights' caused by phosphorescence from marine phytoplankton  - in an effort to scare away predators.

Jim Kennedy's school in West Cork will take you out at night to see these little 'blighters with the lighters' - one of the strangest natural phenomena Ireland has to offer.

At the dead of night, and dressed like a Michelin man to keep out the cold, you set out from Castletownshend towards the blinking light that is the Fastnet Rock. The elusive phosphorescence can occur anywhere along the coast. Suddenly the strands come to life and emit showers of sparkling light in a truly astounding way.

Other kayak trips include a seaweed odyssey. Jim has teamed up with seaweed expert Sally McKenna, to discover -and digest -some of Ireland's many seaweed species. You can eat the likes of dulse seaweed scones or wrack-infused soup. 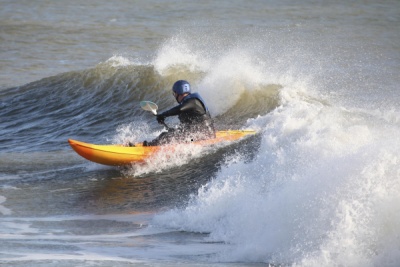 The oldest town in the North of Ireland, Carrickfergus, has been bombarded, raided and burned and many times during its tumultuous 900 year history. The castle sits on the harbour front, controlling the seashore. Once the centre of Anglo-Norman power in Ulster, Carrickfergus is a remarkably complete and well-preserved early medieval castle that has survived intact despite 750 years of bother. It was seized in 1689 for King William of Orange who stepped ashore here in 1690. At the time Carrickfergus was the only part of the Ulster where English was spoken.

The Castle was built as a muscular fortress - not just to ward off tiresome insurgents and bandits, but also to make the point that here was the new power in the land.

Visits to the inside of the castle, which is now a museum, cost £4.00.

At the other end of the country in Co. Waterford, the striking edifice of King John's Castle in Dungarvan stands hard by the harbour. Part of the castle, built in 1185, still survives despite attacks by many and varied foes. It's said that Oliver Cromwell himself spared the castle after the Lord Protector saw a woman drink his health at the town gate. We should all be thankful to this woman for helping preserve this striking monument to more turbulent times.

Check out the Chester Beatty Library 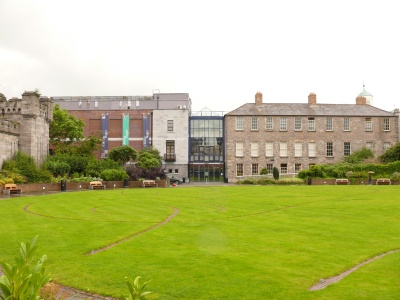 Ireland's first honorary citizen, Chester Beatty insisted on "quality, quality - always the quality." It's a formula which has guaranteed that his library has one of the most significant collections in Europe. In fact it has been voted European Museum of the Year more than once, and called "the best small museum in the world". It boasts a dazzling collection of books, manuscripts, prints and objets d'art from round the world are available for viewing - for free! It costs time and money to see the Book of Kells in Trinity, but the CBL's collection of illuminated sacred manuscripts run the Kells collection a close second - with no queue.

Visit the ancestors in Co. Meath

Loughcrew cairns near Oldcastle in Co. Meath, where some thirty tombs are scattered over four green hilltops, date back to about 3300 BC.  Each cairn commands a superb 360-degree views over the verdant landscapes of Ireland's midlands - proving that mankind has always enjoyed a good view; or at least wanted nice surroundings so he could contemplate the we-know-not-what.

Unlike the megalithic sites at Newgrange, Loughcrew is relatively free of visitors. Yet these intriguing structures with their detailed stone carvings and engravings are every bit as intricate and spellbinding as those at Brœ na B—inne. A must-see is the Slieve na Callaigh (The Hag's Hill) tomb, lit by natural light and decorated with dramatic stone engravings.

Hang out with the village people in Co. Wicklow

Spas and wellness centres have sprung up in every province. But the 4 star BrookLodge and Wells Spa in Macreddin Village, Wicklow can boast one unique aspect: Ireland's only certified organic restaurant, the Strawberry Tree. Local produce guaranteed - from farm to fork in a few hundred paces. A whole village has now been developed around the hotel - there's a bakery, brewery, shop and farmer's market. 00-353-402-36444, www.brooklodge.com, double rooms from €110.