1. The Police Federation for Northern Ireland (PFNI) has appealed for "a re-run of the 'spirit of Euro 2016" over the 12 July period. Mark Lindsay, the PFNI's chairman, praised Northern Ireland and Republic of Ireland football fans for their behaviour during the competition and has  called for a similar spirit to be shown towards police officers during the Twelfth celebrations

2.The annual 'marching season' parades in Northern Ireland which run over the summer months mainly mark the anniversary of Protestant Dutch King William III's victory over Catholic English King James II at the Battle of the Boyne in July 1690

3. Large parades are held by the Orange Order and Ulster loyalist marching bands across the summer culminating on July 12th, known as 'The Twelfth', when streets are bedecked with British flags and bunting

4. Politically, the Orange Order is a conservative British Unionist organisation with links to Ulster loyalism, a political ideology found primarily among working class people in the North who oppose a united Ireland

5. On the night before The Twelfth—the "Eleventh Night"—huge towering bonfires are lit in many Protestant unionist neighbourhoods in Northern Ireland. In many of these areas the bonfires are family-friendly community celebrations. However, they have been condemned for displays of sectarian and ethnic hatred, anti-social behaviour. The Irish Tricolor, Irish nationalist symbols, Catholic symbols, and effigies, are sometimes burnt on the fires. Not all Protestants attend the bonfires and most Catholics avoid them 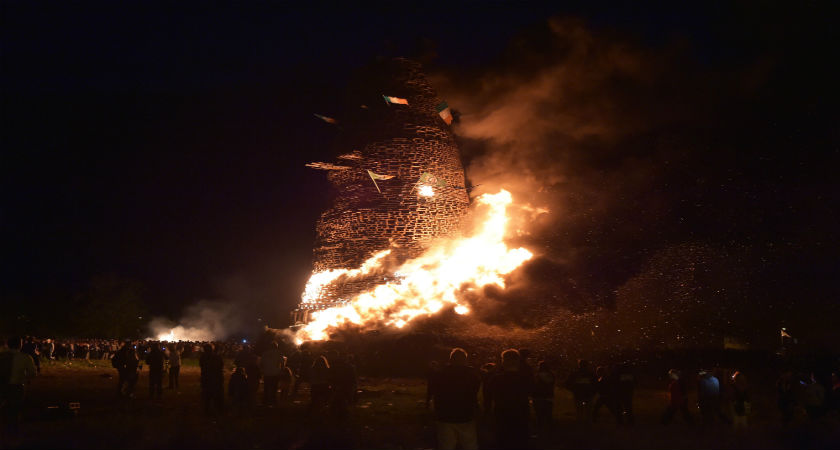 Hundreds of people gather for the 11th night bonfire as it is set alight at the New Mossley housing estate. (Getty)

6. There has been intermittent violence attributed to marching season since the 1800s. However, the onset of the Troubles led to the dispute intensifying in the 1970s and 1980s

7. After the partition of Ireland in 1921, the Northern Ireland Government's policy tended to favour Protestant and unionist parades. Although violence died down during this period, there were clashes at the 1931 and 1950 Drumcree parades

8. On the Twelfth in 1998, during the Drumcree conflict, three young boys were killed when loyalists firebombed their house in Ballymoney. The boys' mother was a Catholic, and their home was in a mainly Protestant housing estate. The killings provoked widespread anger from both Catholics and Protestants 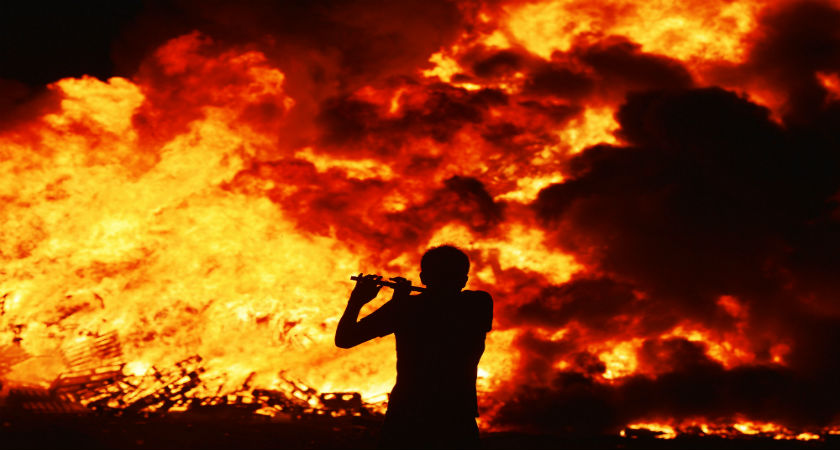 Iain McFarland, an Orange bandsman, plays his flute during the 11th night bonfire at the New Mossley housing estate on July 12, 2015 in Belfast. (Getty)

9. From 1998 onward the march was banned from Garvaghy Road and the Catholic area was sealed-off with large steel, concrete and barbed-wire barricades. Each year there was a major standoff at Drumcree and widespread loyalist violence. Since 2001 things have been relatively calm

10.Every Twelfth between 1970 and 2005, British Army  soldiers were deployed in Belfast to help police the parades. Due to improved policing, dialogue between marchers and residents, and the Northern Ireland peace process, parades have been generally more peaceful since the year 2000

11. Last year dozens of police officers and a 16-year-old girl were injured after sectarian violence at the end of a largely peaceful Twelfth of July Orange Order commemoration in Belfast 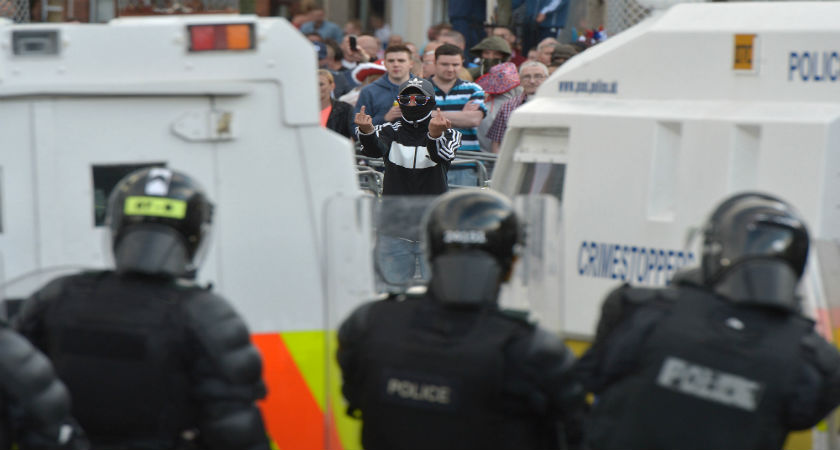 A Loyalist breaks through a police barrier and taunts police officers as Orangemen near the controversial Ardoyne flashpoint the Twelfth of July parade on July 13, 2015 in Belfast. (Getty)

12. The Orange Order has been pro-active this year encouraging Orangemen and women, loyalist bands and supporters to stay off the drink with a campaign titled 'It's about the battle, not the bottle'.

The data-driven platform that is transforming football