Mr Foley, who founded WorldSpreads Group (WSG) in Ireland in 2000 - the holding company of WorldSpreads Ltd (WSL), is also the founder and co-owner of the Irish International Business Network (IIBN), which he launched in 2007.

That same year he was found to have drafted misleading information about WSG ahead of floating it on the Alternative Investment Market of the London Stock Exchange.

“These documents contained misleading information and omitted key information that investors would have needed to make an informed decision about the company,” the FCA states.

“In particular, the documentation did not mention that some WSG executives had made significant loans to WSG and its subsidiaries. This was also never disclosed in the annual company accounts.”

They added: “Between January 2010 and March 2012, large spread bets were placed on the shares of WSG on the trading accounts of WSL clients on terms which made statements in WSG’s Annual Accounts as to its credit policy false and misleading.

“In addition, large spread bets were carried out on two clients’ accounts by Mr Foley himself without the knowledge of the clients and this had the effect of giving the appearance of greater demand for WSG shares than in fact existed.” 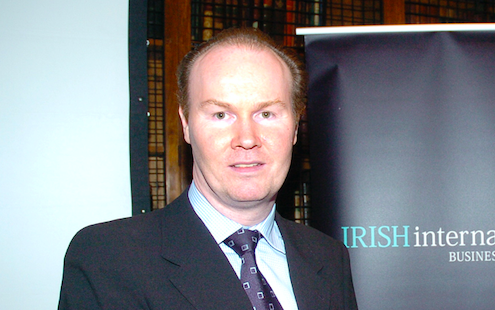 Mark Steward, Executive Director of Enforcement and Market Oversight at the FCA, said: “Mr Foley misled investors in the Worldspreads Group and manipulated the market for its shares in a concerted and deliberate scheme. He should have no place in UK markets.”

Publishing a Final Notice on Mr Foley’s case last month, the FCA publicly censured him for market abuse and banned him from performing any roles linked to regulated activity.

His censure is in lieu of an intended financial penalty of £658,900 which has now been waived, due to Mr Foley producing evidence of “financial hardship”.

Mr Foley has now withdrawn a reference to the Upper Tribunal seeking to review the FCA’s Decision Notice.

Mr Foley is the third and last executive of WSL against whom the FCA has taken action following its collapse in March 2012.

The FCA fined and banned WSL’s CFO, Niall O’Kelly, and its Financial Controller, Lukhvir Thind, in April 2017 for falsifying critical financial information concerning WSL’s client liabilities and its cash position, which was passed to the company’s auditors.

WSL was unable to meet this client money liability which ultimately led to its collapse.