Niall Horan has signed up as an investor and advisor to Gym+Coffee (PIC: Conor McDonnell)

NIALL HORAN has been announced as an investor and advisor to the Irish athleisure brand Gym+Coffee.

The Westmeath native, who found global fame as a member of One Direction, has also become a shareholder in the firm and has pledged to “support the business and help raise the profile of the brand internationally”.

The company, described as an “athleisure brand and global community”, was founded in Dublin in 2017.

It now offers its Irish-made athleisure clothing products from physical stores, known as “Clubhouses’ across Ireland and Britain and e-commerce sites across the world.

Irish rugby legend Brian O’Driscoll is already an early investor in the business and celebrities like fitness guru Joe Wicks and podcaster and musician Niall Breslin are known fans of the brand.

This week it was revealed that Horan has now also signed up to support the brand. 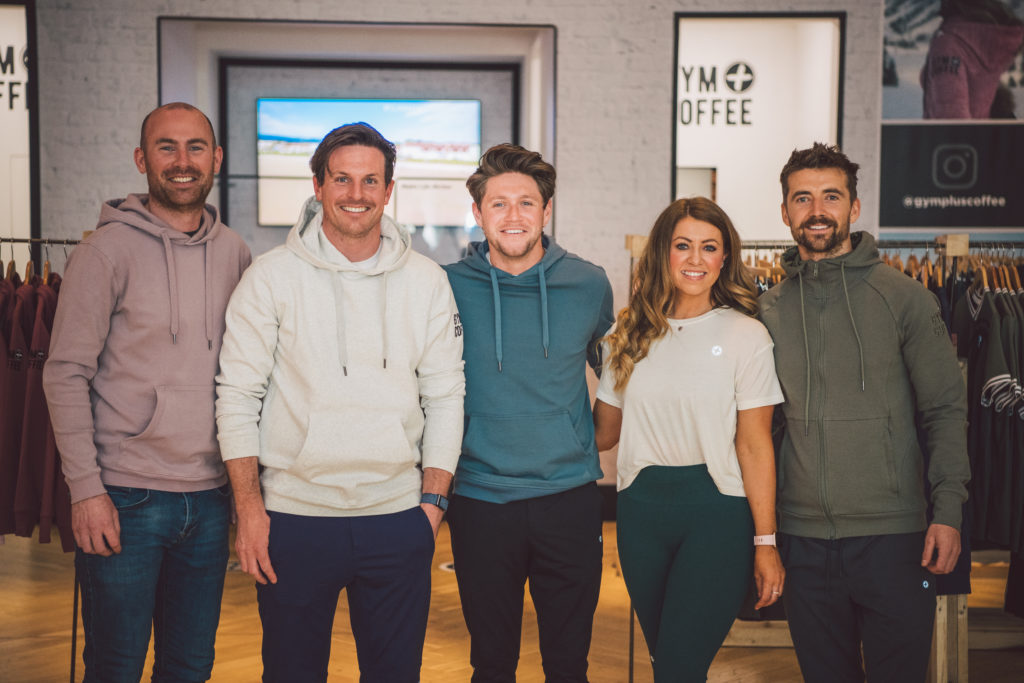 Gym+Coffee co-founder and CEO, Niall Horgan confirmed: “We are so excited for Niall to officially come on board and support a business like ours.

“Over the last 10 years Niall has represented Ireland with optimism, inclusivity, energy and positivity on a global stage and has become a household name across the world.

“He is what we aspire to become as a business.” 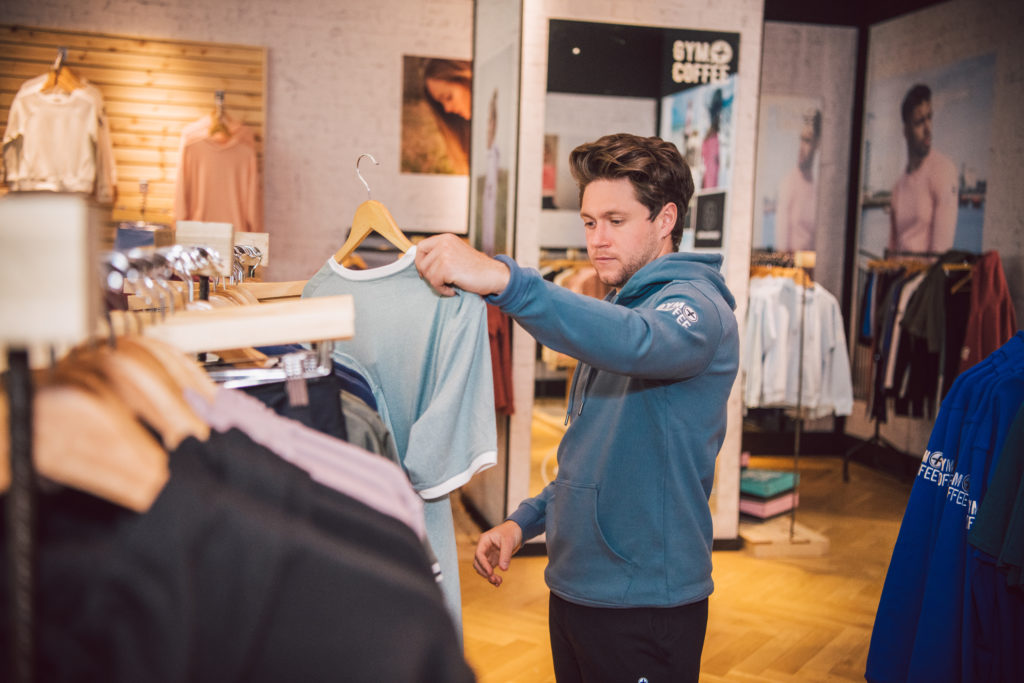 He added: “We hope that with his guidance and direction Gym+Coffee can emulate some of the success he’s had and proudly represent Ireland internationally.”

Commenting on this new role with the company, Horan said: “I’ve been a fan of Gym+Coffee for some time both as a brand and a business.

“I love the idea of the community they created around the brand and their goals to Make Life Richer.”

He added: “The first time I bought some Gym+Coffee gear I was struck by the high quality of the clothing and I was delighted to see they were an Irish brand with a serious team behind their operation.

“As I looked into it more I started to understand their ambition and I’m delighted now to become part of the team that will hopefully bring the brand to a wider audience.” 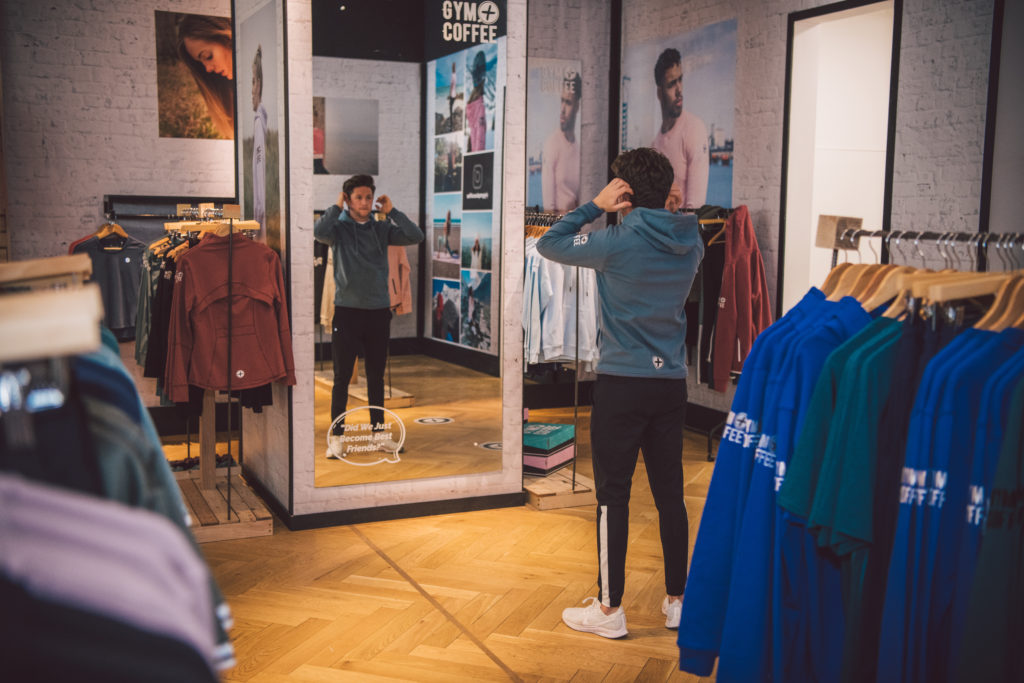 Horan took time to get to know the brand at their new store in London Westfield (PIC: Conor McDonnell)

Horan joins Gym+Coffee as an investor, shareholder and advisor and “we look forward to achieving together on a global scale”, the firm adds.

In 2020 Gym+Coffee set their sights on international expansion and, despite lockdowns, opened a store in Westfield London and have plans for further retail ‘Clubhouses’ to open in 2021.

Horan further revealed that his involvement with the company came from a visit to the new Gym+Coffee Westfield Clubhouse on its opening weekend.

“I visited the first UK store in Westfield last year and hooked up with some of the founders,” he explained.

“I was struck at how a young brand from Ireland was starting to make an impact on the international market. I realised there were some good synergies between us and the relationship took off from there, ending with me investing into the company and becoming part of the team.” 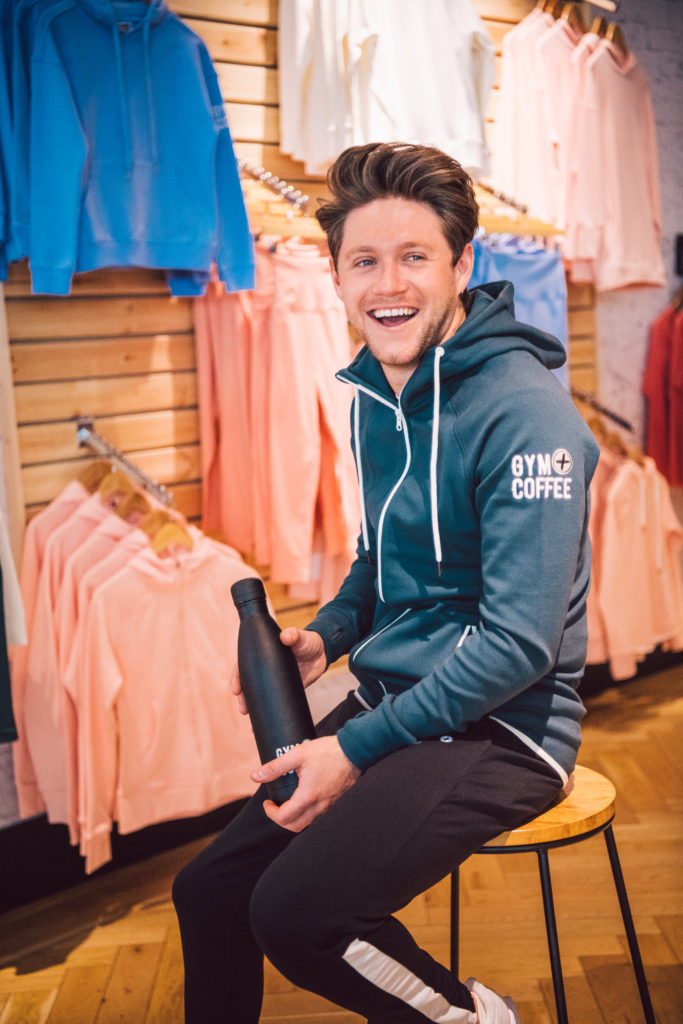 Horan is a shareholder, investor and advisor to the brand

The team behind Gym+Coffee are optimistic for the future with Horan on board.

“The athleisure clothing industry has been a booming category for some time, alongside e-commerce valued at $350bn worldwide,” they explain.

“The impact of Covid-19 has accelerated both these categories, with athleisure expecting to surpass $500bn in 2022 and e-commerce sales increasing 1000 per cent in the last 12 months.

“The opportunity this presents is huge and the appetite for high quality, on-trend, responsible and functional athletic clothing continues to grow.”

They add: “Gym+Coffee are excited to continue to strengthen their brand and community, with the advice and support of an international partner in Niall Horan. “