IRISH LAW firm ByrneWallace and the British Irish Chamber of Commerce held a summer reception at the Irish Embassy in London to help build and strengthen British-Irish trade. 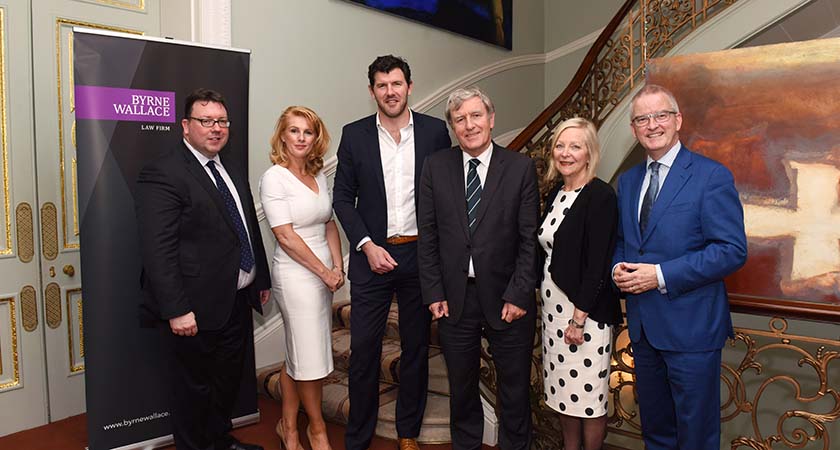 The event was hosted by the Irish Ambassador to Britain, Dan Mulhall, who said: "It’s a pleasure to welcome ByrneWallace, the British Irish Chamber of Commerce and guests to the Embassy for this evening’s event which is a great opportunity to highlight Ireland as a good place to invest and do business."

The keynote speaker was former British and Irish Lions and Ireland rugby international, columnist, lawyer and Managing Director of Teneo Sports, Shane Horgan, who provided insights on both his rugby and business career.

He also shared his views on the current Lions tour with guests.

Scroll down to our gallery of guests from the night...

Commenting on the event, Managing Partner of ByrneWallace Catherine Guy said: “Since the Brexit vote last June, the UK has become an increasingly significant market for the firm.

"We have experienced far greater engagement with Irish and international clients and their legal advisers, who currently trade with or have operations in the UK, seeking our assistance in assessing the potential legal and regulatory impact of Brexit on their business, and assistance with their contingency planning.

“The purpose of this event was to strengthen connections with our clients and contacts based in the UK, and also to stimulate the development of new Irish-UK trading relationships amongst this thriving business community.

“We are very grateful to the Irish Embassy in London and Ambassador Mulhall and his team for their support in hosting this event.

"We are also delighted to have this opportunity to work closely with our colleagues in The British Irish Chamber of Commerce and support their mission to enable greater two-way trade between the UK and Ireland, for business, for our governments and our communities.”

"The event also allows us to say a fond farewell and good luck to Ambassador Mulhall who has been a strong supporter of the work of the Chamber during his tenure in London.

"Ambassador Mulhall has played a vital role in the championing of trade between these two islands including hosting a number of trade missions and networking events such as the one we are having this evening.

"As we now enter the Brexit negotiations, the Ambassador must also be commended for his active service both before and since last year's Referendum in representing the interests of Irish citizens and businesses in the UK, work that I am sure will continue under his successor Adrian O'Neill.

"Finally the Chamber would like to wish Ambassador Mulhall the best of luck as he takes up his new post in Washington.

"I am sure he will bring the same commitment, energy and enthusiasm with him to his new role which will no doubt present challenges of its own over the coming years."

Take a look at some of those who attended...