Hannon Transport is the new sponsor for Paris Gaels GAA

The agreement will see the firm become the exclusive shirt sponsor of all men’s and ladies’ teams including football, hurling, camogie and handball with new home and away jerseys and sports equipment.

Paris Gaels GAA was established in 1995 and was the first club in continental Europe to be affiliated with the GAA.

The club is mostly made up of Irish ex-pats from the business community in Paris, but it has also attracted its fair share of Parisian locals.

Aodh Hannon, owner and Managing Director of Hannon Transport, said: “It’s been a long 18 months since we launched our new Paris hub in April 2020 in the first full month of the Covid-19 pandemic and in the wake of Brexit.

“Not an ideal start, but we believe the worst is now behind us and this new three-year sponsorship deal marks a great new chapter both for Hannon Transport and the Paris Gaels.”

He added: “It’s is a good win-win for us as a Northern Ireland business new to Paris and looking to network and make business connections and obviously for the club itself to get the financial support.”

Mr Hannon joked: “We specialise in transporting the very best of Irish fresh produce to Europe and are more than happy to now help export Gaelic games as well.” 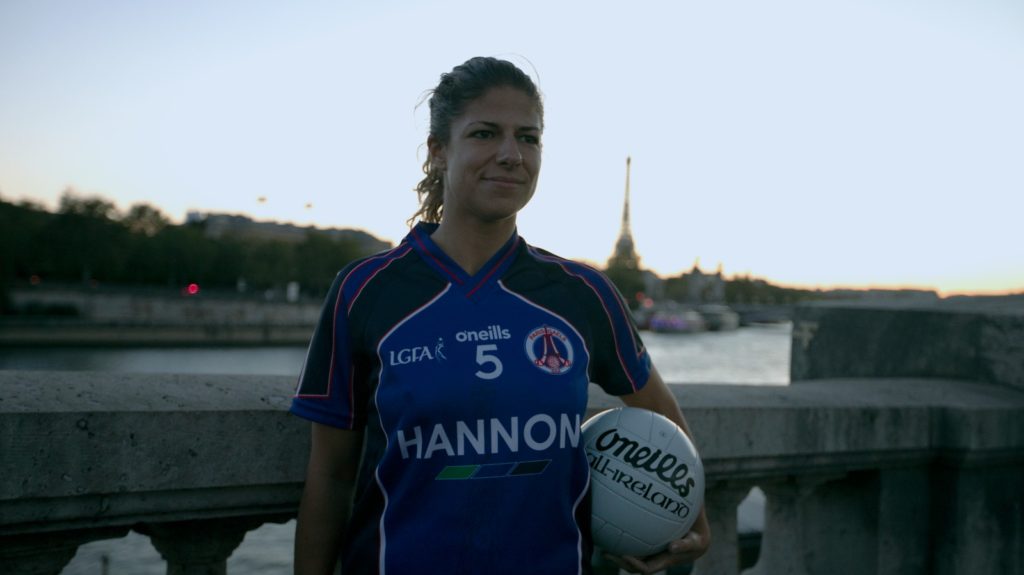 Hannon Transport is now the exclusive shirt sponsor of all men’s and ladies’ teams including football, hurling, camogie and handball

Hannon Transport’s young business graduate, Fiontan Campbell, who recently relocated from Lurgan to take up his role in the company’s Paris hub, also plays for the Paris Gaels so there is already a strong connection and relationship building between the company, the team and the wider Irish  GAA and business community in Paris.

Paris Gaels PRO Shane Harrison said: “We are delighted to enter into this sponsorship agreement with Hannon Transport.  Paris Gaels is one of the largest GAA clubs on the continent in terms of active playing and non-playing members.  This partnership represents a huge step forward for us as we look to grow the club and Gaelic games in Paris while also maintaining our strong links with the Irish community and Irish businesses.”

He added: “Covid has significantly affected GAA, so we are really looking forward to getting back out on the pitch and playing in our new jerseys sponsored by Hannon Transport”.