PEOPLE in Ireland are paying 75 per cent more on alcohol than their average European neighbour, new figures have revealed.

Data published by Eurostat, the official statistics office of the EU, further shows that the price of a pint in Ireland is the highest in the European Union.

The study looked at prices of food, tobacco, non-alcoholic and alcoholic drinks across the EU members states.

It found that in 2016 the price of a shopping basket of food was over twice as high in the most expensive country Switzerland, as it was in the cheapest, Poland.

Ireland was the eighth most expensive country overall for food, dropping from fourth in 2015.

Food in Britain was the 12th most expensive.

For fruit and vegetables, including potatoes, Ireland was the third most expensive country in the EU falling below only Switzerland and Denmark. 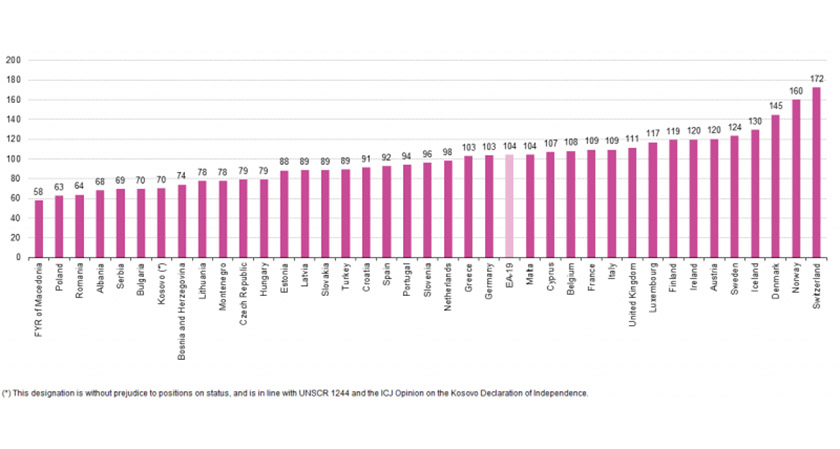 Ireland also ranked third most expensive for the cost of non-alcoholic drinks, with Britain close behind in fourth place.

While Ireland’s alcohol pricing is at the top end of the scale, Denmark dominated the rest of the ‘most expensive’ lists.

Elsewhere, Britain is the most expensive country in Europe for tobacco and cigarettes.

Overall, Ireland is the seventh most expensive country for food, tobacco and beverages, with Britain slightly cheaper in 10th place.