Tramore gearing up for first ever Promenade Festival (Sponsored Content) 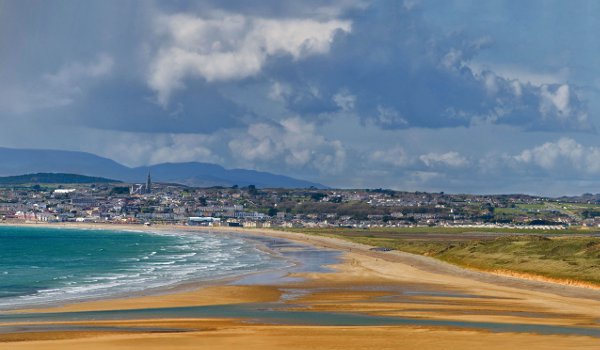 TRAMORE (or Trá Mhór as Gaeilge) is aptly named because its crowning glory is the magnificent three miles of Blue Flag sandy beach that is protected by the two headlands that form Tramore Bay.

The waves break in on the gently sloping sand and this makes it an ideal place for swimming.  And when the waves get rough, it becomes one of the best places in Ireland for surfing.

It was the onset of public transport by train in 1853 that started Tramore’s popularity.

It became easy to reach, not just for holidays but also as an ideal place to set up house and raise a family.  In fact, the railway company wanted to generate more business by converting the small village into a town and to encourage the building of houses in Tramore, they carried building materials on the train for free.

And so Tramore grew in size and popularity to become the largest town in Co. Waterford and one of Ireland’s premier resorts.

In an article obviously aimed at English readers the London edition of The Waterford Mirror of 18 July 1888 described Tramore as ‘the Brighton of Ireland’.

In 1999 writer Michael Coady from Carrick-on-Suir reflected on his youthful experiences of the magic of Tramore when he said in his book ‘FULL TIDE – a miscellany’: ‘...when I was first brought to Tramore, not long after the end of World War II in 1945 and was there confronted by the astonishing sight for the very first time – the great shifting, sun-glinting, fluid world of blue-green waves stretching in an incredible expanse from east to west and off out to where it merged with the sky on the far, far horizon, beyond which world of waves they said, were places called Spain, and Africa, and America...that amazing live procession of wave after wave washing in about my First-Communion feet on the strand!’

Early in the 20th century one of Ireland’s finest promenades was built in Tramore and now everybody loves to ‘walk the prom’ and get exercise and meet people.

Now during the weekend of July 4-6, Tramore Tourism (in association with The Art Hand) is staging the first ever Promenade Festival, which will rekindle vintage seaside pursuits of family fun that does not cost anything but yet leaves indelible memories in youthful minds.

The main family friendly activities will happen between 2-6pm on the Saturday and Sunday and will include such things as sand art, street entertainers, a regatta, displays by the Life Boat and Coast Guard people and much, much more.

Tramore is the place for all the family especially on that weekend.  And it’s all free.

You can get more information on what will be happening from the website www.thePromenadeFestival.com

Tramore Tourism is excited to announce the creation of an exciting new arts and entertainment festival for the seaside resort of Tramore. The Promenade Festival is a throwback to vintage seaside values with family fun that doesn't cost a fortune and creates memories at the beach that will last a lifetime.

The festival will boast a huge variety of free family friendly attractions including sand art, street entertainment, a regatta, maritime heritage events, stalls along the Prom, performances and light shows.

The festival is a tribute to the great work carried out by the emergency services and members will be present throughout the weekend with displays and equipment.

On the Friday, July 4, from 7pm the opening ceremony will pay special tribute to the town’s emergency service workers and also mark the anniversary of four rescue workers who died in Tramore 15 years ago. In July 1999 the four-man crew of the Irish Air Corps’ Helicopter RESCUE 111 were tragically killed when they crashed into the sand dunes at Tramore Beach as they attempted to land at nearby Waterford Airport in dense fog.

The main family friendly activities will then take place between 2-6pm on the Saturday and Sunday.