A quiet day in Italy - and the fiddly reason behind it

It was a quiet day in Italy. This was, as you can imagine, unusual.

Without wishing to nationally stereotype (on two counts) I’d just been to an off-licence in the city centre to buy a couple of bottles of Chianti.

As I emerged from the shop I saw my guide approaching — with a local dignitary from Cremona town hall. He waved and I went to wave back — somehow, and sadly, my Chianti bottles crashed to the ground.

But instead of commiserating with me, they both went “Shhhhh,” making the universal sign of finger to lips to reinforce their warning

However there was a reason for this silent treatment. Because for five weeks in 2019 the Italian police cordoned off streets in the usually frenetic city centre of Cremona, diverted traffic, and basically told people to shut it.

The mayor Gianluca Galimberti requested that Cremona’s citizens avoid any sudden or unnecessary sounds. Even baristas were told to tone it down. Less hissing and clanging on their machines, per favore.

The reason for all this uncustomary quietude had a sound basis, no pun intended.

You see, Cremona is to violins what opera is to Florence, Waterford is to crystal, or black puddings are to Clonakilty.

Last year it was decided that several of Cremona’s priceless instruments should be recorded for posterity.

As violins age, they become more delicate and at some point may “have to go to sleep”; they can no longer be played. 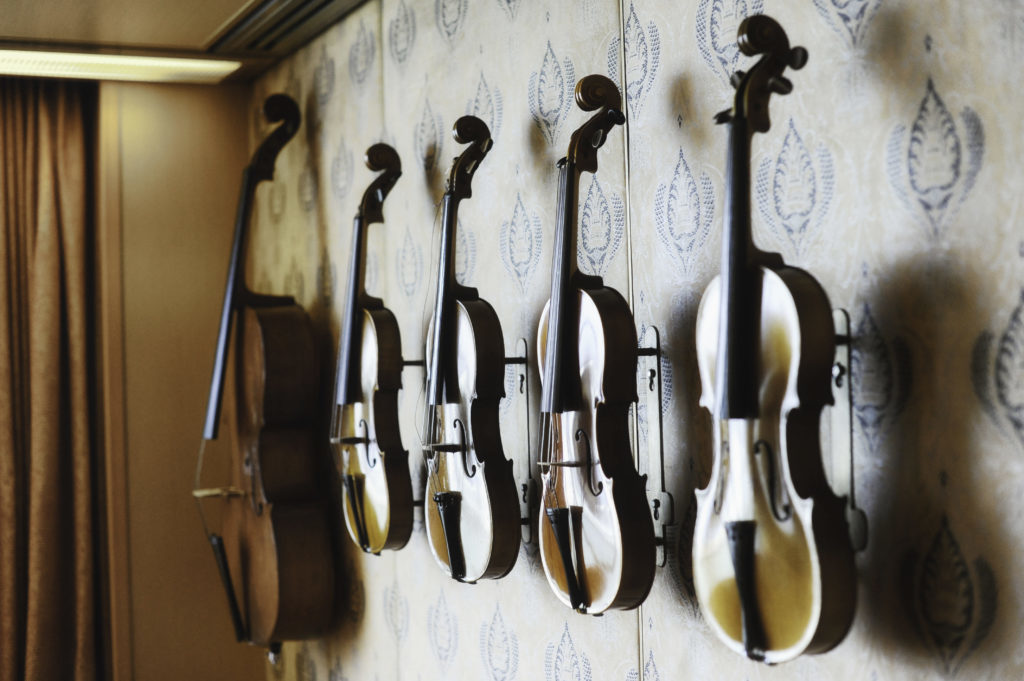 Musicology's best guess is that the 'modern' violin emerged at some point around the early part of the 16th century. Violins that emerged mid-16th century are virtually the same design as that used by today’s top professionals. It’s a rebuke to the modern age: ancient technology sometimes cannot be bettered.

No debate remains about the most famous maker of all time – perhaps the most celebrated craftsman in history. From Omagh to Omaha, the taxi driver will ask you as you struggle to get into the cab with your violin case: “Got a Stradivarius there?”

But not just Stradivari — the families of Amati and Guarneri were busying away in their workshops here too. Many specimens from this time reside in Cremona and are now entering old age.

To preserve their sound for future generations, it was decided to do the recording last year – hence the noise embargo in the centre of Cremona. To be honest, it sounds like the fine basis for a film from the absurdist school — keeping an Italian city quiet. A sort of Italian Job II, where car chases become bicycle-based, and quiet shoplifting replaces safe-cracking.

The luthiers who work in Cremona are dedicated to the supreme duty of fashioning spruce and maple into the world’s most coveted instruments. There are more than 100 makers producing violins and cellos for the top players in the world.

Sadly, the old workshops of Amati, Guarneri and Stradivari were reduced to rubble in the 1930s — Stradivari’s place is now a McDonald's.

Cremona hasn’t mirrored Salzburg’s dedication to turning their city into a Mozart theme park. Having said that, the workshops are cheek by jowl with tourist shops selling every conceivable form of violin-related tat.

Prices are reassuringly high — should you wish to pick up an instrument that could be used in a professional orchestra you’re probably looking at a starting price of around €25,000- €30,000.

But you’ll be able to buy a reasonably serviceable instrument for round the €8,000 mark — and you’ll be the talk of the next traditional session you go to.

This is a good way off the €15million paid for the Guarneri del Gesù violin. It’s not believed a bodhrán and a set of spoons were thrown in to close the deal — such as happened to me in Derry when I went to buy a factory-made German fiddle for £200. (I sold the bodhrán and spoons on, kept the fiddle.)

By the way, should you find an old fiddle in your attic with the word ‘Stradivarius’ stamped on it, don’t get overly-excited. It won’t be a Stradivarius.

Also an instrument with a ‘Guaranteed not to split’ label glued inside the belly (as my German violin has) probably isn’t the work of one of Cremona’s master craftsmen either.